Ireland and Comhaltas benefitted from Bill McEvoy's cultural zealotry and organizational commitment at a time when it was needed most. 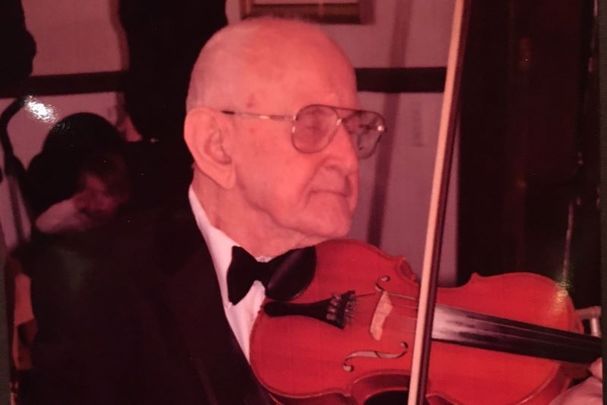 Bill McEvoy, a native of Co Laois who helped foster the traditional Irish music scene in the US, passed away in November in New York.

Over a decade ago the Irish Arts Center and the Irish Department of Foreign Affairs and Trade commissioned Irish photographer John Minihan to photograph an extraordinary group of Irish immigrants in the U.S. The select group of senior citizens would be representative of thousands like them who left Ireland in the 20th century to make a better life for themselves in America and in doing so also held onto a fervent and faithful fondness for the land of their birth.

Minihan’s black and white photography portrayed vivid images of the elderly émigrés, but the more important aspect of the project was a newly formed appreciation by the Irish government and Irish people for those countless native-born who left an impoverished Ireland to earn a living without turning their backs on those who left at home.

Many would send a portion of their hard-earned income back to help support family while also placing themselves in the vanguard of proud Irish men and women who populated and led Irish organizations throughout the U.S. To them, living the American Dream meant contributing in many ways to their adopted home and keeping their native home close to heart as well.

One such man was Bill McEvoy of Co. Laois who passed away on November 25 at the age of 97 in his Lake Grove home on Long Island, and what a tale can be told about this stalwart of Irish culture long associated with Comhaltas Ceoltóirí Éireann.

Born on January 19, 1923, in Kilcoke, Ballybrophy, his long life spanned over three-quarters of the 20th century and a score in the new millennium, historic times on both sides of the Atlantic.

Times being hard in the nascent Free State, McEvoy left school early to work on the family farm owned by his parents Bill and Margaret McEvoy with their six children. Though Bill described them as poor they were rich in music in the household as both parents played, and Bill was reared in the tradition of the country house and crossroads dances where entertainment was self-generated and helped ease the cares and woes of a hardscrabble life.

McEvoy made his way to Dublin in search of steadier employment and linked up with the Great Northern Railway out of Dublin which taught him some lessons about the cross-border divides extant since the treaty establishing Northern Ireland and the Free State.

McEvoy took up the fiddle like his father, and while living around Dublin he gravitated to the Piper’s Club at 14 Thomas Street where all the traditional musicians congregated in solidarity in the country that had no use for “bog music” from rural Ireland. It was characterized as a backward and useless expression of culture.

Nonetheless, his peers at the Piper’s Club were visionaries who would go on to found Comhaltas Ceoltóirí Éireann in Mullingar in 1951 to arrest the decline and appreciation of the native music. It helped form a cultural spine for a nation that was only starting to develop as an independent republic seeking a proper place in the world that in time would come to appreciate its cultural heritage.

By this time Bill McEvoy had moved down to Co. Kerry where he married an Irish dancer named Lilly Kelliher from Banemore in 1950. In 1954 Bill and Lily and their three young children set sail for America on the S.S. Britannic landing in New York. He arrived with a fierce determination to work hard to support his family which would grow to nine children reared on Long Island.

He worked two full-time jobs (40 hours a week for both) with the New York Telephone Company for 30 years at night (without missing a day of work) and his own spackling company by day to support Lily and allow her to stay at home rearing the children.

Somehow, he still found time to enjoy Irish traditional music and linked up with a fiddler from Armagh, Louis Quinn, who was part of a loose network called the Irish Music Association (IMA) that had 27 chapters around the U.S. and had a base in Mineola at the Inis Fada Irish American Center at 297 Willis Avenue.

The IMA clubs brought together most of the traditional musicians in America through regular monthly meetings that were really music sessions for their enjoyment. McEvoy’s early ties to CCE back in Ireland and to a major Comhaltas operative, Jerry Keane from Lixnaw (near Lily’s homeplace) led to contact with Labhras O’Murchu, president of CCE who had bigger ambitions for the 20-year-old cultural movement including a major fundraising initiative for America.

O’Murchu and McEvoy first met in 1969 when O’Murchu led a small troupe of performers on a U.S. concert tour testing the waters.  By 1972, O’Murchu took bigger steps and recruited McEvoy to help organize a concert tour in several cities to help CCE get a foothold in North America and, equally important, to raise funds to establish a major cultural center back in Ireland for CCE.

With his contacts and friends in the IMA, McEvoy seemed an inspired choice.  Not only was the concert tour established but the IMA was waning as an organization and McEvoy saw an opportunity to build new Comhaltas branches around the country on its remains while also crossing the border into Canada.

Timing is everything as they say in music, and Comhaltas took advantage of McEvoy’s organizational pluck and missionary zeal and aggressively dug into seminal tours of traditional Irish music and dance starting in 1972. From the earliest years, the tours were stocked with top-class trad musicians, singers, dancers and storytellers, many All-Ireland champions from all over, Ireland and readily captured the immigrant market in so many cities years before professional bands like The Chieftains toured successfully over here.

In fact, within three years, the concert tours (later billed as Echoes of Erin) managed to raise enough money for Comhaltas to purchase its current cultural redoubt, the Culturlann in Monkstown, Co. Dublin, for a bargain price of £76,000 Irish pounds in 1976.

For 25 years, McEvoy built the Comhaltas brand in North America with as many as 50 branches forming on the backs of a concert tour that would eventually span 44 years (it ceased in 2016), and established CCE North America as a province equal in standing with Ireland’s Four Provinces and Britain before election as the first provincial chair in 1992 in Montreal.  He stepped down as chair in 1997 in Boston at a convention that required two hotels, so great had CCE’s growth increased.

During that time, McEvoy oversaw the establishment of two qualifying fleadhanna ceoil in America that would send hundreds of young Irish Americans to Ireland to compete in Fleadh Cheoil na hEireann, garnering lots of gold, silver, and bronze medals along the way.

Amazing after the first American fleadh in New York in 1974, two charter flights to Ireland were filled with competitors, their families, and enthusiasts organized by McEvoy. Those fleadhs continue to be a vital part of CCE North America, though the pandemic has thrown a spanner into the works here as well as in Ireland.

McEvoy’s tireless and pioneering handiwork founding Comhaltas in North America did not go unnoticed down through the years. In 1995 he was declared the Laois Man of the Year, celebrated in his native county for his contributions to Irish culture and putting Laois on the map.

In 2000, CCE gave McEvoy a Gradam Ceoil award, fittingly enough at the Belgrave Square center that he helped acquire 25 years earlier. An added bonus, it was at the annual Leo Rowsome Tionol honoring the legendary uilleann piper and pipe maker who was one of the founding members of Comhaltas in Dublin whom Bill befriended at the Pipers Club back in 1948.

In 2015 at the CCE convention in Parsippany, New Jersey, McEvoy’s personal memoir Memories From a Great and Noble Past was published and launched (in full disclosure, I edited the book for him) with the Minister for the Diaspora Jimmy Deenihan in attendance, another Kerry connection for Bill and Lily.

McEvoy made 135 trips back to Ireland at his own expense. He lived the American Dream with his late wife Lily (she predeceased him in 2016), married for 66 years. Their progeny of nine children blessed them with 25 grandchildren and 26 great-grandchildren continuing a fruitful legacy. And Ireland and Comhaltas benefitted from his cultural zealotry and organizational commitment at a time when it was needed most.