Josephine McNamara, affectionately known as Jo-Mac, taught Irish dance for decades at the Irish Arts Center in New York City. She passed away on August 1 at the age of 104. 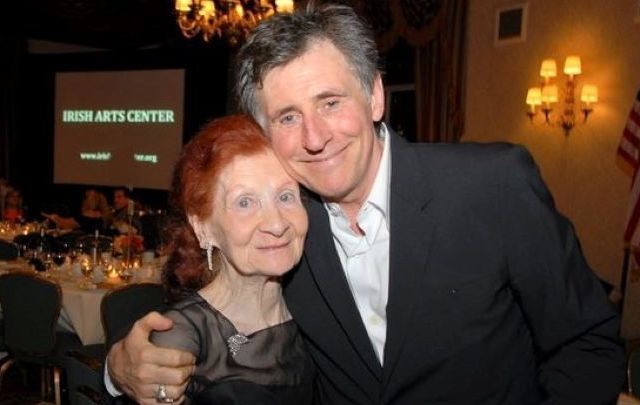 Josephine McNamara, "Jo-Mac," passed away on August 1 in Co Clare at the age of 104.

Editor's Note: This column appeared in the August 12 edition of the Irish Voice newspaper, sister publication to IrishCentral

Now these are the steps of the jig,

And when you’re ready

We’ll move on to the reel…

In the lead-up to extraordinary centennial celebrations launched in Ireland in 2016 marking Ireland’s fight for independence, a documentary was produced entitled Older Than Ireland which profiled a number of centenarians who traveled over extraordinary historical lifespans as their native land forged itself into one of the most respected and admired countries in the world.

And while Teresa Josephine Mullen wasn’t included in that group of people interviewed, the life she experienced was emblematic of a remarkable generation.

"Jo was an inspiration to me in the way she lived her life. With great grace and dignity and shining light all around...

Dancing was in her blood and she was a natural at it. She studied Irish step dancing as a child and entered the feis competitions available at that time.

Keen to perform at the early age of 10, she was one of the Ten Tiny Tots who performed at the Theatre Royal. Her interests would later lead to more fashionable footwork of the day with tap and swing as jazz buzzing round the world between the world wars, while also being swayed into ballroom dancing by an older sister and brother.

That led to a long career in Fit Up companies that barnstormed all around Ireland and Britain in the middle of the 20th century that were part pantomime and vaudeville entertainment where multiple talents and versatility were key in small outfits. It was probably a rigorous and uncertain training ground at times, but for a spunky personality who was made for the stage, that was all secondary.

Mullen met and married an actor named Diarmuid McNamara in one of these troupes, and would eventually follow him to America with their son Alan in 1959. The marriage didn’t last, however, and McNamara took on a new role as a waitress for Longchamps Restaurant in the Empire State Building and as a single mother looking out for her son, sending him to St. Vincent Ferrer’s Catholic grammar school on the East Side of Manhattan.

It was Alan who first stumbled upon the Irish Arts Center which acquired its present building in 1974, and his interest in the Irish bodhran had arisen from the percussive beat associated with Irish dancing and dance halls. It was he who told some of the student dancers who were virtually teaching themselves back in the early days of the center’s adult classes that his mother was a dancer and would be great to take on as a teacher.

With Alan readying to return to Ireland, he was concerned about his mom finding something else to do when she wasn’t working. So taking his cue from the great song “Lannigan’s Ball” -- “I stepped out and she stepped in again” from the Dublin dance halls -- his recommendation seemed to be just the ticket for Jo and for her fledgling students dancing on a cement floor in the garage section of the building.

From the accounts from some of the students in her first class, it was love at first sight. They admired her energy, enthusiasm, and her versatile talents and engaging and patient style of teaching.

It may have been old-fashioned as the Irish step dancing world was starting to rev up to a more modern, percussive tempo. But McNamara brought a wealth of experience and stories to bolster her presence and charmed everyone who met her.

Laurie Bain Norman described the universal feelings best. “I was in her first dance class. She was a wonderful, patient teacher from the first and we all loved her. She was a calm and cheerful woman who brought people together in good fun in those contentious early years of the Irish Arts Center,” she said.

“Her talent was extraordinary, and I know I was in awe of her. She remains to this day an inspiration to me, showing a way to age gracefully while also living life to the fullest. I'll always love Jo-Mac and be grateful that our paths crossed those many years ago.”

Kathleen Donlon Spiegel was also in the first class and quickly developed a close relationship and admiration for Jo-Mac that was a friendship that was invaluable for both as the years went by, and especially when McNamara’s age was catching up to her and health and mental acuity were major issues.

In those early days of the Irish Arts Center, the dancers and the musicians had very close bonds, striving to better themselves for their own sakes and in the many performances they did together like the workshop parties and Siamsa shows in house and when invited elsewhere.

Alice Olwell, the bodhran teacher and leader of the Ceili Band, instantly latched onto the petite veteran with years of experience and endearingly assured her that the band could keep up with her and her dancers. Everyone wanted to please Jo-Mac.

After a few years at the Irish Arts Center, interest grew in Irish folk dancing also and, along with the Gaelic League, they organized some of the better-attended ceilithe around town where McNamara’s stylish waltz classes were paying dividends for a number of dancers who used the spacious floors for the elegant and infrequently danced social ballroom dances she had brought out of her past in Ireland.

The Phibsboro native’s extensive theatrical experience was a big asset to the Irish Arts Center as it was evolving, as her singing and acting skills suited a number of productions. She adored being on stage and encouraging her fellow cast members.

Jo-Mac was put to good use by producers like Nye Heron and Jim Sheridan among others, and she also taught step-dancing to Sheridan’s two daughters Naomi and Kirsten. He lavished attention on her whenever he returned to New York as fame surrounded him over his very successful films.

Jo-Mac taught actors like Tom Berenger (The Field) and Paul Ronan (Public Enemy, the Kenneth Branagh play directed by Nye Heron) in 1994, the year his now-famous daughter Saoirse was born in New York.

When Pauline Turley came to the Irish Arts Center in 1997, Jo-Mac was one of the first people she met and befriended. They had a close and almost familial relationship, two Irish women in the Big Apple who enjoyed being together despite a 50 year age difference (who knows, but women never tell do they?)

McNamara was nearing the end of her teaching and performing run at the center while Turley was revving up the vision and campaign for a new Irish Arts Center, but found time to look after one another. Turley along with Spiegel ensured McNamara was okay until it was time to return home.

In Glasnevin Cemetery on Wednesday, August 5, Teresa Josephine Mullen McNamara was laid to rest along with so many other Irish heroes according to Ronan, who was taught to dance 25 years ago for a play. He eloquently remembered on behalf of all who benefitted from her at a graveside oration.

“I remembered you all there, and spoke of you, because you, ‘we’ were such a huge part of her life, although I think you’ll all agree, we received more from her than can be explained in words. My heart was on 51st Street. I could feel the presence and sorrow of all the people who knew her, and of course, to know her was to love her,” Ronan said.

Alan McNamara’s son Brian read the full poem written by Yury Heron, son of the Irish Arts Center’s founder Brian Heron, after Jo Mac’s passing from which I extracted the opening and closing of this ode to Josephine. Could anyone doubt that such an exchange took place when our Lady of the Dance reached the Pearly Gates?

With her lovely smile she asks himself [St. Peter]

'Now Peter, are there any more eager students, you know…

To teach a step or two?'