Another sad St. Patrick’s Day - we hold out hope for a grand party in 2022

Like last year, St. Patrick's Day is set to take on a very different form as the pandemic lingers. 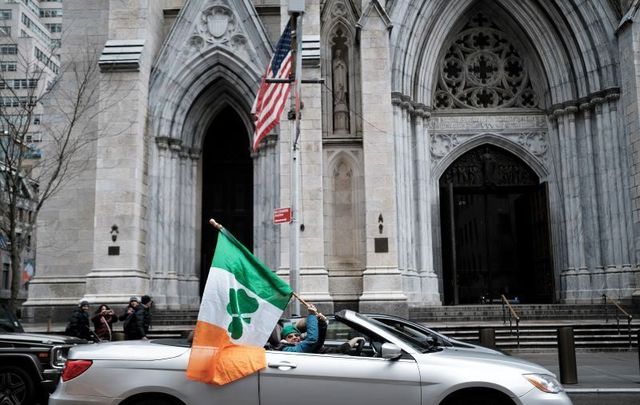 And so we pass the March 1 threshold in 2021 and proceed into the St. Patrick’s period peaking on March 17 and all that means to the Irish community in terms of heritage, culture, faith, and political clout.

*Editor's Note: This editorial first appeared in the March 3 edition of the Irish Voice newspaper, sister publication to IrishCentral.

Sadly, it will be a shadow celebration at best for this year. No major parade in New York City or any other major city means the cornerstone of the St. Pat's festivities will be lost once again.

Tens of thousands of smaller marches and cultural and heritage events have also been canceled. The Irish Taoiseach will not appear in the Oval Office on the one special day that the Irish have immediate access.

The Friendly Sons will stay home and watch The Quiet Man rather than attend their banquets, the Hibernians will tuck away their finest marching apparel for another year, the Irish dancers will have no need for their dancing shoes. Our shamrock flags will be at half-mast.

We will struggle through, placing our hope in March of 2022, but realistically we have no idea of how the impact of the pandemic will loom 12 months from now or if we will finally be ready to put away the masks and lose the fear of contracting the plague that settled upon us, killing over half a million to date.

The experts say the coast should be clear to resume festivities but they too have proved all too human, mouthing certainties later proved wrong. The truth is, as Chinese leader Zhou En Lai in the 1970s responded when he was asked if the French Revolution was a success, “It is too early to say.”

Two years without St. Patrick festivities across every Irish activity could cost our community dear. The indoctrination into the importance of heritage often begins at that first St. Patrick’s march, cultural event, or night out in an Irish pub.

Consider that over half a million people alone attend, take part in, or view the Saint Patrick’s Day parade in New York City and multiply the missing cultural experience as a result.

Consider that a million Americans a year make a trip to the Emerald Isle, a vast opportunity for Ireland to capture the goodwill and ties that bond that such visits initiate.

Consider the amount of marches, dinners, dances, cultural events such as plays, concerts, and readings that have been abandoned and you have some sense of the lost potential for creating more interest in Irish heritage,

Many in whatever part of the country have learned to communicate by Zoom, and the danger of the “Netflix effect” where people watch movies snugly at home rather than drive to a theater could be very real for many in the future. Why fight traffic and seek parking when you can prop up on your couch and participate remotely in a concert or some other event?

Of course, the Irish love a party, and this editorial might be far too gloomy altogether in comparison to what actually happens.

The pandemic has made us focus on the issue much more than we would have and to confront it far earlier than we thought. There are those who believe that the pent-up demand for real contact and socializing will actually help, not hinder, Irish events. Let’s hope so.

What we would not give for the biggest St. Patrick’s Day parade ever in New York next year. Erin Go Bragh!