Her split from fiance Marcus Sweeney may have propelled her into the limelight but today we remember the tragic manner in which Katy French died. 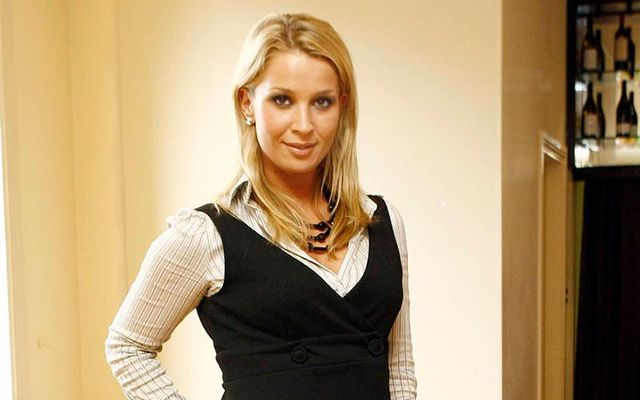 Irish model Katy French who died on this day, December 6, in 2007. RollingNews.ie

Today, December 6, marks the tenth anniversary of the death of Irish model and socialite Katy French.

Editor's note: On December 6, 2007, Irish model and socialite Katy French died of a suspected cocaine overdose. In the space of two short years, French had very much become a well-known face of the new young Ireland, the poster child of the Celtic Tiger and the new wealth and luxury that Ireland was enjoying and not scared to flaunt.

Her death marked an almost preemptive end to the Celtic Tiger as the bubble burst and there came an end to the champagne-fueled parties and high-flyer lifestyle for many.

At just 24 years old, Ireland mourned the loss of the young vibrant woman taken in her prime, celebrating her love for life, while others held her high as an emblem of Ireland's drug problem.

On the anniversary of her death, we take a look back at a column from Cormac McConnell written just days after her death.

She died a week earlier after being rushed in a coma to hospital after a house party. She was just 24 years old. She died of brain damage.

Official reports showed there was cocaine in her system. There is an ongoing police investigation.

She has yet to be buried as I write, with the front page of the Sunday Independent beside me. The headline says "Katy's Final Hours Probe By Gardaí." Her story occupies almost the whole front page.

Likewise with the other Sunday papers on this December morning. Poor Katy is the appetizer, the soup of the day, the main course, the dessert.

Katy French provided a rich menu for the media since last spring only. She did not even last for one of her 24 years. Because of one Sunday Independent story last April when a photo shoot went astray she broke into the headlines of this strange New Ireland of ours, and never left them since.

And there are a few weeks left in her yet. The feature writers will be gushing at her funeral this coming week. Later in the New Year the police reporters will be covering her inquest and any related police matters.

I have to say that I read the initial Katy French story and watched her ascent to "It Girl" status with a cynical eye all year. She was doing a lingerie shoot in her fiance's new Dublin restaurant (for the Sunday Independent) when the fiance walked in, did not like what he saw, lost his temper and demanded his engagement ring back.

It was a good enough Sunday yarn, and the land enjoyed it as much as the relevant spread of Katy in lingerie. That initial story was enough to elevate Katy from the status of being just another model to being a member of the "In" group, probably numbering less than a thousand people altogether, whose lives and loves and deeds are endlessly chronicled for us by the print media, especially on the social and gossip pages.

Katy French's mother and sister at her funeral in 2007. Image: RollingNews.ie.

She was a pretty girl, blonde, by no means a great beauty. Before this event she would, I think, have been just another model in a highly competitive business.

It has to be a fascinating business, this beauty business, in all its complexities. And Katy French had a great summer and autumn.

She even began to write columns and articles. I rather fancy they were ghost-written, maybe not.

They were usually related to topics relevant to the lives of young modern Irishwomen I think. Obviously I did not read them, but I saw them.

And then, more recently, perhaps inevitably, for it often happens over here, maybe she became addicted a bit to the spotlight (she was so very young!) and the media generally, the tabloids in particular, seemed able to get her to give them quotes on more and more daring stories.

Read more: US tourist finds $56,000 worth of cocaine on Irish beach

It is only a few weeks ago since she was quoted somewhere as saying that she had sniffed lines of cocaine in the course of her party life. Later she said she did not do it nowadays and counseled young people against it. That was another story of many.

Only a fortnight ago she threw a lavish party for her 24th birthday. She arrived in a Rolls Royce in a golden dress of dreams.

They were running that pic again this weekend amidst all the tributes from the In group. She looked very pretty indeed.

And now she is very dead, and the official reports state that they found cocaine in her system in the post-mortem.

Every day of the week the high life and fast-living style of the youth of today is claiming lives. I do not know (nor does anyone else really know yet) how Katy French died.

But her death coincides with constant stories of grieving families switching off life-support machines of young people at all levels of society who fall comatose after drink-and-drugs parties. Two young Waterford men had their machines switched off under those circumstances in the very week that Katy died.

And there is something differently poignant about the sudden death, whatever the cause, of a little golden girl, the vibrant product of the lenses and quotes of the media, who for such a short summer had it all, right up to the Rolls Royce and the golden dress and the bubbly champagne.

If her fiance had not walked in upon that lingerie assignment last April things might have been so different. (She said she did it in his restaurant to get publicity for it). We would never have heard of her then. She was due to get married next year.

Maybe she would have, and had blonde babies and helped out in the restaurant sometimes and lived happily out of the spotlight ever after.