Gardaí recovered $6,600 of cocaine in the van and a list of names of customer who owed money for drugs. 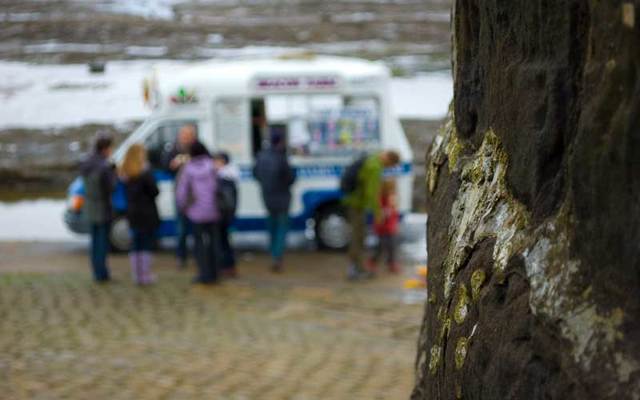 A Limerick man who used an ice cream van as a cover to sell cocaine has been sentenced to four years in jail with the final two years suspended.

Police arrested Collopy, a father of three, outside his home on November 25, 2014. At the time, he was attempting to conceal a lunchbox containing cocaine between the engine and hood of his van.

Detective Garda David McGrath, of the Limerick Garda Divisional Drugs Unit, said the man was selling ice cream from a fleet of vans in public parks and sporting venues around the city.

“He was effectively caught red-handed,” he said.

“My own opinion and the opinion of the divisional drugs squad would be that he is a drugs wholesaler rather than a street dealer.

“He would be giving the drugs to others to break down for street dealing,” he said.

The court heard that Collopy was “selling drugs to break even,” and that “he had a €200 a day drug habit.”

State prosecutor John O’Sullivan said the man came from “a good family with no criminal connections.”

O’Sullivan said: “He started sniffing glue aged ten. He started using other drugs in his teens.”

“He was working from the age of twelve drawing coal on a horse and cart, and later in his own pick-up truck.”

The court was told that Collopy was now drug-free, and had achieved music and cookery certificates while in prison on remand awaiting sentence.

The sentence is to run consecutively to the four-year sentence imposed at Ennis Circuit Court in June of last year.