US tourist finds $56,000 worth of cocaine on Irish beach

Not what you expect to come across on a tranquil walk on Achill Island! That’s worth way more than the seashells that she sells on the seashore. 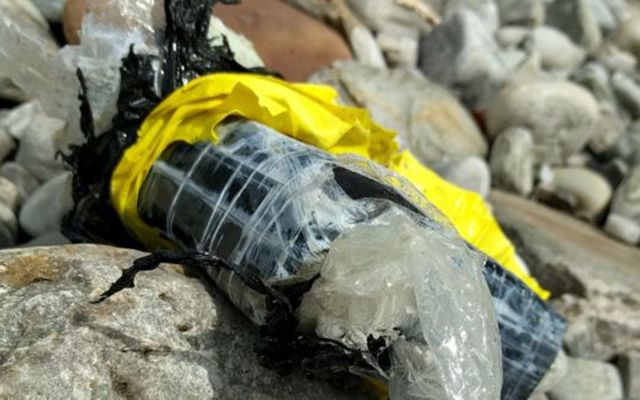 A US tourist on vacation in Co. Mayo spotted a piece of garbage that turned out to be $56,000 worth of cocaine.

Irish American Tommy Schlather was visiting relatives on Achill Island and out for a walk when he stumbled upon the illicit package.

“I was walking on the beach and was sitting on the rocks when I noticed the item. It was maybe the size of an old cassette tape and covered in black and yellow tape. I wasn’t sure what it was at first but when I had a closer look I had a fair idea,” he told the Irish Times.

Schlather told his relatives about what he found and they quickly contacted the local gardaí (police).

Law enforcement have since confirmed that the package, weighing in at over two pounds, could have been sold in Ireland for around $56,000.

The beach has since been searched in case other narcotics had been washed ashore and none have been found.

Gardaí assume that the package was being smuggled into Ireland by international drug runners but got lost – such smuggling operations usually ship in huge quantities of illegal substances.

Other strange items that have been found on Ireland’s beaches include a five millennia old axe uncovered in Galway in 2014.

The weapon dated all the way back to the late Mesolithic and was used at the time for hunting.