Clonbrien Hero has been given an indefinite ban from racing other canines until he tests clear of cocaine. 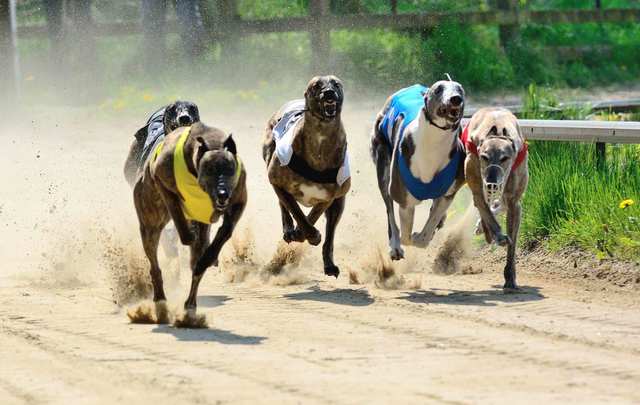 Clonbrien hero, an Irish champion greyhound racing dog, will lose winnings and race titles he won when it is believed cocaine was in his system. iStock

Irish champion greyhound Clonbrien Hero has been stripped of race wins and reward money after cocaine was found in his system.

The racing career of Irish greyhound Clonbrien Hero has been cut short and some of his winnings and race titles revoked because of positive drug tests showing cocaine in the dog’s system. Regarded as one of Ireland’s most successful canine athletes, the dog has received an indefinite ban from racing as three doping tests showed a presence of the drug.

Clonbrien Hero’s owner Kay Murphy, and trainer, Graham Holland, are, of course, the ones being questioned about the drugs the canine champion could not have sought out the cocaine himself. It is not known whether cocaine can improve the performance of a racing dog as in humans the drug is readily believed to instead hamper athleticism. A dog previously caught racing on the drug, however, did put in two of her best times with cocaine in her system.

The dog's owners claim they are innocent. Image credit: iStock.

Murphy and Holland believe they are the innocent victims of the scandal and claim have never administered cocaine to their champion pooch. Instead, they blame the drug habits of Irish humans, which has caused traces of cocaine to be found on 100% of all legal tender, according to a 2007 study.

“We feel we are being victimized here for something we haven’t done,” Holland told the Times.

“If you know you are going to be tested when you win a race, you are not going to administer cocaine to a greyhound. I’ve been training greyhounds for over 30 years, and now I’m accused of doping them.

“You can pass traces of cocaine by handling money,” Holland continued.

“When a dog wins a race, people are walking up to the dog and patting it on the head. If they have cocaine on their hands, they can pass that to the dog, and it can come out in a urine sample.”

Others believe there is a drug problem in greyhound racing

The Irish Greyhound Board revealed they drug test between 5,000 and 6,000 greyhounds per year. Image credit: iStock.

Others are skeptical of this excuse, however, as more and more racing dogs around the world are testing positive. Clonbrien Hero had also tested positive for cocaine on three separate occasions.

“The fact that we’re seeing this over and over again indicates the industry has a drug problem,” Carey Theil, executive director of industry watchdog group GREY2K USA Worldwide, told The Washington Post in July.

Having won one Ireland’s top greyhound races, the Irish Laurels final at Cork, in July, Hero will now have to hand back the prize money worth roughly $35,000.

The Irish Greyhound Board revealed they drug test between 5,000 and 6,000 greyhounds per year, in what is the "most intensive testing regime of any sport in Ireland".