And so ‘tis the season to be jolly, but indeed there has been little to warm the heart in the dreadful year of 2020. 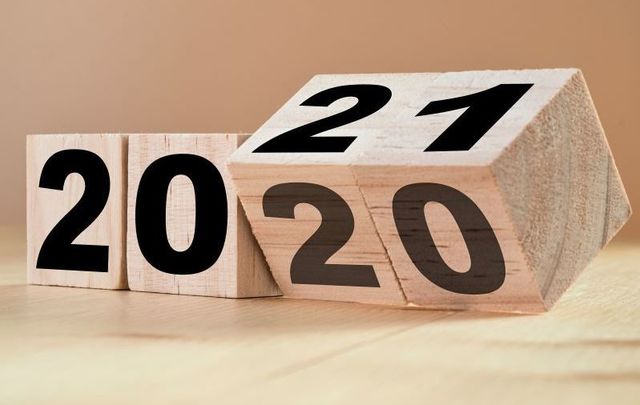 Failure is not an option in 2021 after a disastrous 2020. Getty Images

However, as we round the turn into 2021, there looks to be brighter days ahead.

*Editor's Note: This editorial first appeared in the December 23 edition of the Irish Voice newspaper, sister publication to IrishCentral.

It won’t be all that difficult to improve on the past 12 months. For millions, 2020 was the most horrible year in living memory, especially for those who lost loved ones to the pandemic which swept through the world like a deadly wave.

As always, the ingenuity of the human species was on full display with a vaccine miracle created in less than 10 months, a truly extraordinary achievement of medical engineering.

It has come on stream just in time for a weary world dragged into combat against a tiny microbe that has claimed more than 1.7 million lives and growing globally.

How the virus latched on, and how the government and scientists were so ill-prepared will be the stuff of many inquiries and investigations, but suffice to say there will be lots of blame to spread around.

That blame should include former presidents too, who did little to prepare for what, in hindsight, history told us was inevitable someday.

But, it was the intersection of the virus with the presidency of Donald Trump, the least well-equipped person in history to hold the job, which really told the saddest tale.

Sure, our much-vaunted public health service was caught napping and somnolent, but it was the fumbling response by the president to the fatal pandemic which caused the greatest catastrophe.

Like any good salesman, Trump thought he could talk himself out of the pandemic but there was no disguising the shallowness of the response, the depth of his denial, and, as always, his ability at pointing the finger elsewhere.

Trump’s empty boasts that all was under control, his incredible failure to get off the stage to allow the scientists to handle the public response, and his attempts to undermine basic health strategies such as wearing a mask will go down in the annals of history as one of the greatest derelictions of duty in a crisis of any president.

We may look back on 2020 as the year of the virus, but perhaps more so as the year American democracy faced its greatest threat in 240 years.

We have a president who is refusing the will of the voters who cast seven million more ballots for his opponent, Joe Biden, yet Trump will not respect the result.

Instead, enter a hobgoblin cast of characters such as Michael Flynn and Rudy Giuliani, hell-bent on killing democracy and falsely claiming voter fraud without any evidence whatsoever. Between the pandemic, the refusal to accept democracy, and the spreading of massive falsehoods by this president, America was brought to the brink.

Hopefully, we have the antidote to the political sickness with the election of Irish American Catholic Biden, but he has an incredible task ahead of him.

He seems a man for the times - empathetic, decisive, and prepared to let the experts lead on the pandemic.

The country has never been in more need of a leader, and we can only hope President-elect Biden rises to the task. The alternative is too dark to ponder.