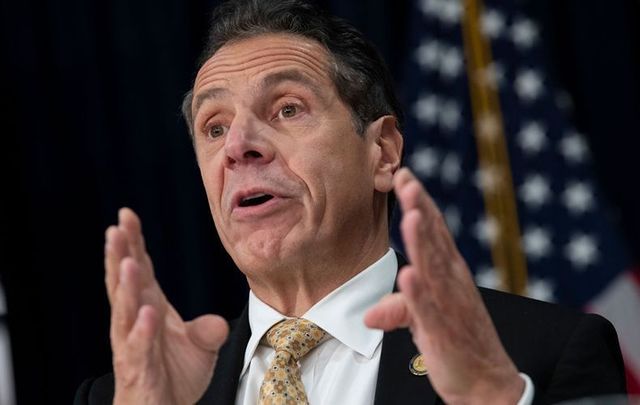 As New Yorkers mob department stores to nab holiday gifts, pubs and restaurants are being put at risk as yet another COVD regulation puts more businesses at risk.

*Editor's Note: This editorial first appeared in the December 16 edition of the Irish Voice newspaper, sister publication to IrishCentral.

Anyone happen to shop in Target last weekend? Or maybe Walmart? How about Best Buy?

Did you notice shoppers right next to you, ogling the new iPhone or debating which huge flat-screen TV to buy for a Christmas gift?

Were you wondering what happened to the six feet of separation “rule”? Or the maximum occupancy mandates for the crowded stores you visited?

Contrast those scenes to your favorite restaurant. Maybe it’s a small mom and pop, perhaps it’s a popular national chain like Applebee’s, or it could be one of the Irish hostelries that we know and love.

In New York City’s five boroughs, you’re not walking into those places without getting a temperature check and providing information for contact tracing in case there’s an instance of COVID transmission.

You’re also going to be seated at least six feet apart from other diners, in many cases separated by plexiglass dividers. Restaurants also invested thousands of dollars for new filtration systems mandated by Messrs Andrew Cuomo and Bill de Blasio to keep the air fresh and hopefully free of COVID.

Did we mention that every restaurant/bar in New York City has been operating at only 25 percent indoor capacity since September 30? Prior to that, they were closed since March, forced to make do with outdoor dining and takeout, laying off thousands of employees in the process.

Unsurprisingly, COVID numbers are on the rise all over the country. And in New York City, Cuomo and de Blasio have once again kicked what they think is the main culprit -- the nearly comatose restaurant industry, forcing a two-week indoor dining ban that will surely last well into 2021.

So feel free to admire the 10 different light-up Santas at Home Depot, or zig-zag up and down the aisles at your local supermarket where the one-way arrows are routinely ignored. And don’t get us started about people traveling on crowded airplanes.

But don’t even think about going for an indoor meal at your favorite spot in the city’s five boroughs – even though, according to the city’s own statistics, the COVID transmission rate in restaurants and bars is only 1.43 percent, well below the city’s average of 5.59 percent.

Well, you say, people are masked when they go into airplanes and stores, and they’re unmasked while eating at restaurants. True, but stores at this time of year are jammed with shoppers, some of whom are kids without masks. And planes with people sitting elbow to elbow, breathing the same air for hours – how can that be safer than eating in a limited capacity restaurant?

New York City’s bars and restaurants been given a laundry list of rules to abide by, at a substantial financial cost, and for the most part, they’ve gone above and beyond, yet now they’ve been told once again that their efforts aren’t good enough.

Worse, Cuomo and de Blasio clearly don’t feel their pain, even though the hospitality industry is a huge economic force and one of New York City’s main attractions. Cuomo pitched a fit on Monday when asked about blowback over the indoor dining ban, which applies only to the five city boroughs and not near neighbors Long Island and Westchester.

De Blasio, of course, is on record as saying that going out for a meal is something enjoyed primarily by the elites who he looks upon with disdain.

We’re fighting a war against COVID-19, of that there is no doubt. Vaccines are mercifully on the way, and at some point, the war will end.

The post-war landscape will be brutal – hundreds of thousands of dead Americans, and an untold number of businesses, many of them in hospitality, that we’ll never enjoy again.

The hospitality industry has been ill-served by politicians at the state and local levels.  New York City restaurants need to be re-opened, right now. They need financial relief, right now. Otherwise, many of them won’t exist when Cuomo and de Blasio inform us that we can exercise our freedoms and eat out again.