An ode to Bernie Sanders - the people's champion

His bid for the presidency may be over, but Bernie Sanders has inspired millions of Americans. 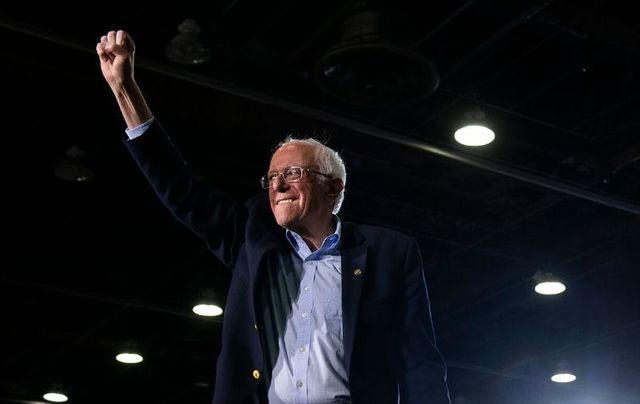 “I will not abandon any segment of American society - whether you’re gay or black or Latino, poor or working-class – just because it is politically expedient at a given time.”

Bernie Sanders’ remarks during his 2016 US Presidential campaign could realistically be applied to any political campaign he has been involved in over the last three decades. He has been one of the most morally consistent politicians in living memory and his support for the disadvantaged and the marginalized in American society has been unwavering throughout his political life.

His bid for the presidency may be over, but Bernie Sanders has inspired millions of Americans.

He has been a champion and a voice for the average American for decades, even when it meant swimming against the political tide of Reaganomics in the 1980s and neo-liberalism in the 1990s and 2000s.

If you’re a member of a minority group, the chances are Bernie Sanders has fought for you at some point in his life. From opposing the War in Iraq to demonstrating for Civil Rights in the 1960s, Sanders has remarkably always managed to end up on the right side of history.

Yet, for all of his redeeming qualities, a large portion of the US electorate views him as a “communist,” akin to dictators in Soviet Russia or Venezuela.

Unfortunately, these people do not seem to understand the meaning of the word communism.

If they did, they would know that Bernie Sanders is not a communist. He is a fairly moderate socialist who simply advocates for government intervention in a number of human rights issues, including healthcare, education, and housing. 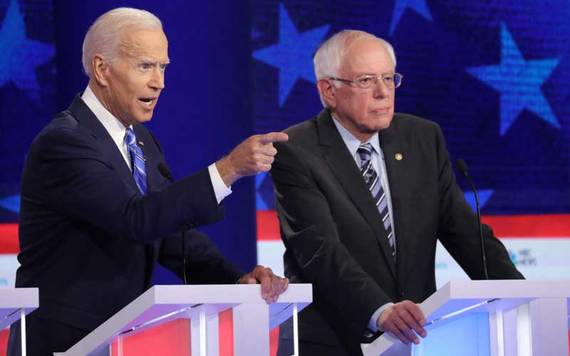 Bernie Sanders lost out on the Democratic nominee to Joe Biden. Getty

Bernie Sanders’ only crime was to care about the average American and show compassion hitherto unseen in 21st Century American politics.

His policies are not “pie in the sky” fantasies. These are decidedly achievable tenets that have been hampered by a disingenuous demonization of socialism by a corporate elite afraid of sharing their wealth with the average American.

The COVID-19 crisis has proved that socialism is favorable among the masses when they need it. The US Government, and indeed virtually every government in the world, has implemented socialist policies to keep businesses afloat and keep citizens above the poverty line.

No one has complained. No one has likened the US to the very worst of Soviet Russia.

In a similar manner, the Federal Reserve pumped $1.5 trillion into the US banking system to keep it afloat in March in an intrinsically socialist move.

There are some who argue that these socialist measures only work in the midst of an emergency.

But people experience personal emergencies even during economic booms.

What about the man diagnosed with a life-altering health issue that can’t afford medical care? What about the war veteran that loses his home and ends up on the street? Are they not emergencies worth caring about too? Or is it OK because the economy is thriving and unemployment rates are low?

What about an intellectual student from a poverty-stricken area? Is it fair to prevent them from going to college, while a wealthy son or daughter receives the best education that money can afford? Is it fair that they will then get the best jobs, just like their parents did, just because they were born into money?

It is absurd that it is deemed acceptable to bail out some of the richest corporations in the world when they run into difficulty and that is branded “fantasy” or “communism” for wanting to help the disadvantaged in society make a better life for themselves.

It is equally absurd that a nation fetishizes the hundreds of billions of dollars that’s pumped into its unnecessary military every year while simultaneously demonizing a man who advocates for better living conditions for all US citizens.

The US has not had a major enemy since the end of the Cold War and Bernie Sanders’ speech in Congress in 1991 is as relevant today as it was then.

“We don’t have a major enemy. I know it hurts your feelings. I know you’re upset about it. I know you’re hoping and praying that maybe we’ll have another war, maybe somebody will rise up. But it ain’t happening.

Read more: When the COVID-19 pandemic is over, will we remember...

The COVID-19 pandemic will pass and, when it does, the excuse that Bernie Sanders’ policies would be too “expensive” to implement just won’t cut it anymore. The money has always been there, it’s just been spent on the wrong things.

The $1.5 trillion banking system bailout, for instance, could have been used to cancel student debt in its entirety prior to the COVID-19 crisis.

Additionally, Bernie Sanders is not calling for “freebies.” He is calling for social programs funded by a progressive taxation system.

It is similarly not outrageous to advocate for canceling all student debt which cripples so many Americans and affects their standard of living for decades after college.

Make no mistake, Sanders was the best candidate among the Democratic candidates. If Joe Biden was prohibited from saying “Donald Trump” or “Barack Obama” throughout his campaign, his policies would look weak. And yet, because he opposes Trump and served under Obama, Biden is seen as the most “Presidential” candidate.

To support the American people during this pandemic, Congress must:

💵 Guarantee 100% of all workers' paychecks
💊 Empower Medicare to pay all out-of-pocket costs
🏦 Provide $2,000 a month for all
🤒 Give paid sick leave to all workers
🏡 Suspend rent and mortgage payments

Read more: From JFK the TV president to Trump and Twitter - How US Presidents communicate

But Bernie Sanders has been fighting a losing battle ever since he announced his first presidential campaign in 2015.

The corporate elite is afraid of him.

A Bernie Sanders presidency would finally spell the end to the decades-long lenient treatment that America’s wealthiest people have enjoyed. America’s richest people have amassed fortunes that they could never possibly spend through tax breaks and corporate lobbying and they are afraid to lose that power.

Unfortunately for Bernie Sanders, most of America’s wealthiest own mainstream media outlets and warn their readers and their viewers that a Sanders presidency would enable welfare cheats and scroungers and cost the American Government too much.

The Washington Post, for example, which is owned by Amazon CEO Jeff Bezos, ran 16 negative stories about Sanders in 16 hours in March. One article claimed that Sanders' wealth tax would be “unfair,” instead of questioning whether a multi-billion dollar company that underpays its staff and encourages bidding wars between cities to get a favorable tax break is “unfair” or immoral.

Media coverage of Bernie Sanders will always be skewed. It is the reason why his decision to divert campaign donations towards COVID-19 relief and raise more than $2 million in 48 hours went almost completely ignored.

But Bernie Sanders has started something that the media and the corporate elite can’t ignore for much longer. There is now an unquenchable thirst among the majority of the nation’s younger generations for fairness. For access to free healthcare and free college education and for an end to the exorbitant wealth inequality that exists in the United States.

Ideas that were considered fanciful and far-fetched four years ago have now been adopted holistically by the Democratic party.

In order to win over the large cohort of Sanders supporters, Presumptive Nominee Joe Biden will have to convince them that he is ready to consider some of Sanders’ core policies.

In this way, Sanders has achieved an extremely important goal. The Vermont Senator has successfully shifted the Democratic party from a Republican Lite party on the center-right to a center-left party striving for real change.

There is still work to do if the party is to become a fully left-wing organization, but it is certainly not the same party that elected Bill Clinton and Barack Obama.

It is a party full of young, energetic and compassionate Representatives and that is primarily down to Bernie Sanders.