Despite once being "nauseated" by John F. Kennedy, Bernie Sanders has invoked him in a 2020 campaign ad. 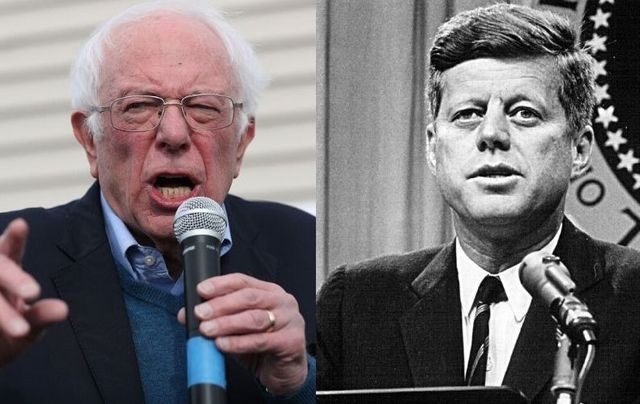 Despite once being "nauseated" by John F. Kennedy, Bernie Sanders has invoked him in a recent campaign ad. Getty Images

Bernie Sanders has since invoked JFK in a 2020 presidential campaign ad.

Democratic presidential candidate Bernie Sanders said he “almost threw up” when listening to John F. Kennedy and Richard Nixon debate Castro and their approach to Cuba in 1960.

In a 1986 speech recorded at the University of Vermont, Sanders remembered his horror at Kennedy’s plans to replace Castro during a 1960 televised presidential debate with Richard Nixon.

A video of Sanders shows him saying: “I was very excited and impressed by the Cuban Revolution, and there was Kennedy and Nixon talking about which particular method they should use about destroying the revolution."

Sanders later said: "Usually I'm sufficiently unemotional not to be sick, but I actually got up from the room and almost left to puke because, for the first time in my adult life, what I was seeing is the Democrats and Republicans, both of them … clearly there really wasn’t a whole lot of difference between the two."

Buzzfeed News reports that later, in a 1987 interview with The Gadfly, the student-run newspaper at the University of Vermont, Sanders similarly recounted: "President Kennedy was elected while I was at the University of Chicago, that was 1960. I remember being physically nauseated by his speech and that doesn’t happen very often.

"Kennedy was young and appealing and ostensibly liberal.

“But I think at that point, seeing through Kennedy, and what liberalism was, was probably a significant step for me to understand that conventional politics or liberalism was not what was relevant."

The then-independent mayor of Burlington, Vermont has certainly changed his views regarding Kennedy.

"So when candidates say we can’t guarantee health care for all, make college affordable for all, combat climate change, or create a world at peace, remember America is best when we strive to do big things, even when it’s hard."

The praise of Kennedy certainly sounds different to what he was saying more than 30 years ago.