Irish politicians criticizing the NWCI's Women's Rally line-up is "a classic case of wanting to have their cake and eat it." 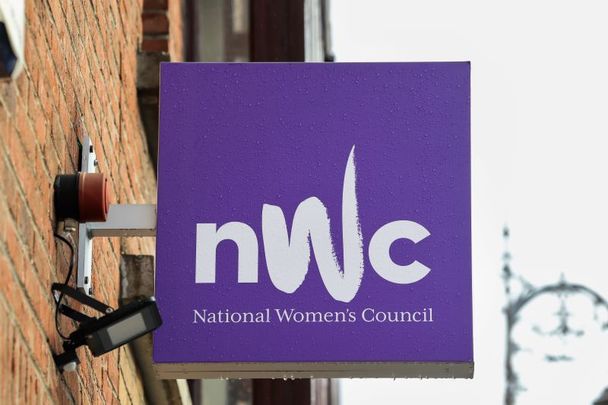 The Dublin offices of the National Women's Council. Controversy surrounds the decision of the NWC to not invite any female representatives from Government parties to speak at the upcoming No Woman Left Behind rally. RollingNews.ie

Bizarre as it may sound, the political parties supporting Ireland’s government are up in arms because they have not been invited to speak at a rally planned for International Women’s Day to criticize the government inactivity in relation to women’s affairs.

In a classic case of wanting to have their cake and eat it, female TDs and senators from Fianna Fáil, Fine Gael, and the Green Party are practically apoplectic with rage at their omission as speakers from a rally called by the National Women’s Council of Ireland (NWCI) to protest the government’s slow pace of change on this matter.

Our brave government representatives believe that they can credibly criticize the administration’s complacency while at the same time, support those who are responsible for it. It seems a shame that they are not allowed to demonstrate that particular skill exclusive to certain politicians of speaking out of both sides of their mouths at the same time.

They have called the decision to exclude them as juvenile and counterproductive, creating an “us versus them” narrative amongst women and of not being tolerant of the views of all women.

However, what is really irking them is the fact that the NWCI receives virtually all its money from the government, a total of just under $1 million in 2020. As such, it’s not meant to bite the hand that feeds it.

When the protest rally was announced, Mary Lou McDonald, the leader of Sinn Féin, was listed as the main speaker, and this led Fine Gael to point the finger at a senior member of the NWCI staff who previously worked for Sinn Féin as the instigator of the exclusionary policy.

Crying foul because an active political operative is calling the shots in the council seems like a reasonable complaint, until we remember that a sitting chairperson of the NWCI, Ellen O’Malley-Dunlop, was nominated to run for Fine Gael as a candidate as recently as the 2020 general election. Sauce for the goose but not for the gander.

Other criticisms of the Sinn Féin involvement were more pointed. The SDLP were quick to highlight Sinn Féin’s abysmal record in relation to violence against women, with party leader Colum Eastwood name-checking the cases of Maria Cahill, who was sexually abused by an active provisional IRA member, and the late Jean McConville, who was murdered by that organization.

A decision to invite Labour Party representative Ivana Bacik was also questioned. Policy decisions taken by that party when last in government during the recession hit women disproportionally hard. Funding for lone parents was withdrawn and major cutbacks in public services and pensions had negative effects on low-income households where women are concentrated.

The upshot of it all has been the undermining of the national consensus achieved a few short weeks ago when tens of thousands of citizens, male and female, stood in solidarity with the family and friends of the murdered Ashling Murphy, calling for change. Sadly, the unity of that moment is now fractured by this unseemly and in the view of many, unnecessary row.

Whatever one feels about government progress, the issues of women’s rights, equality, and safety merit a broad church approach on International Women’s Day and not the narrow finger-pointing envisaged for this rally.

The work to improve the lives of women and create a safer, more secure Ireland for our mothers, daughters, and sisters must and will continue, but the NWCI has excluded itself from being to the forefront of that agenda by their divisiveness.

But then the NWCI has always been divisive, at best ignoring those that it did not agree with; at worst being actively hostile.

They were joint signatories to a letter last year calling for women with gender critical beliefs to be “denied legitimate political representation.” A quite extraordinary demand to be made in a liberal democracy, indicative of a cancel culture at the core of their value system.

Their slogan is no woman left behind…unless of course you happen to disagree with them, and then it’s a case of censor and silence. When under fire, they return to the same old shibboleths that have served them well among their vocal woke supporters.

They were at it again last week when they stated that the rally would continue the battle (their word) against the interference of the Catholic Church in reproductive healthcare. This was the second time in as many months that the same form or words was used to rally support.

Support this time, though, was lukewarm, with a former government minister damning the director of the NWCI Orla O’Connor with faint praise – “her heart is in the right place.”

The tragedy is that there are many issues that need to be addressed about which there is broad consensus. The gender pay gap, violence against women, period poverty, and glass ceilings are but a few.

In addressing them, the NWCI wants to drown out all voices but their own and their friends, and do so while dipping into the public purse. They want to take that money, our money, sit down with the government and then criticise them.

Actually, I was wrong – it’s not just the politicians who can speak out of both sides of their mouth.

*This column first appeared in the February 23 edition of the weekly Irish Voice newspaper, sister publication to IrishCentral. Michael O'Dowd is brothers with Niall O'Dowd, founder of the Irish Voice and IrishCentral.