OPINION: Irish schools should not be run by the Catholic Church

Rather than defending an indefensible position, it surely is time for the hierarchy to let go gracefully and transfer ownership of a significant number of these schools. 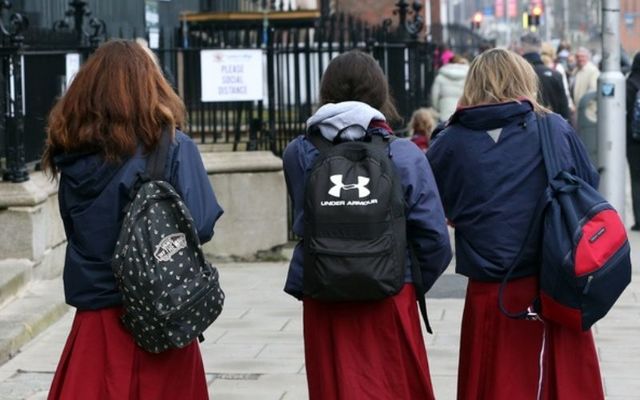 Last week the annual celebration of Catholic schools took place around the country when schools and parishes participated in a series of events reflecting on their contribution to society.

It was also a time when questions were raised, in particular by those who see publicly funded denominational schools as an anomaly in a culturally diverse society, especially in the Republic where the Catholic Church has a practical monopoly on primary school ownership.

Rather than defending an indefensible position, it surely is time for the hierarchy to let go gracefully, transfer ownership of a significant number of these schools and concentrate on their core message of instilling a particular belief system among their faith community.

This would be best achieved through a smaller number of dedicated schools that would be able to teach their distinctive ethos and values on their own terms within the context of the national curriculum. Faith formation in other settings would then fall primarily on the parents with support from parishes.

It would, I believe, be a win-win situation. It surely must be about quality and not quantity.

The Catholic Church has had a long involvement in the provision of education across the island.  This can be dated back to 1850 and a decision taken at the Synod of Thurles when the assembled bishops rejected inter-denominational education, stating that the “separate education of Catholic youth is, in every way, to be preferred.”

It should be noted that mixed education was also opposed at that time by a significant number of Protestants and Presbyterians, albeit for different reasons.  Consequently, the patronage system developed where a local bishop was given control over new schools which were then built mainly on church-owned property.

Fast forward to the present, and the church now has patronage of almost 90 percent of primary schools in the 26 counties.  A position that both sides of the argument agree is untenable.

In many ways this commitment to the management of these schools has let the Department of Education off the hook, absolving them of their ultimate responsibility to be the providers of all the resources required to run a school.

The state is failing in its duty to provide appropriate education to a population that is increasingly diverse in terms of religious beliefs systems and also more multicultural.  Choice in terms of the education provider is crucial, and the Irish government is not providing this.

Along with internal critics, there is also international pressure to ensure greater diversity of school patronage in Ireland as the government is in breach of certain UN and European conventions. For instance, the European Convention on Human Rights declares that “the state shall respect the right of parents to ensure education and teaching is in conformity with their own religions and philosophical conviction.”  Various UN reports have called out Ireland on these issues.

The current program for government has committed to provide 400 multi-denominational primary schools by 2030, a number that was to comprise new schools as well as change in the patronage of current ones. But with no interim targets, it is not clear how this number will be achieved and it has slipped way down the political agenda. The scale of the failure can be gauged by the fact it is reported that only one school was transferred in 2020, and that was from Church of Ireland patronage.

A government task force set up in 2010 suggested a variety of approaches to change ownership. For instance, one idea was creating a joint campus using common educational and leisure facilities on a shared site.  The advantages of such an approach included the nurturing of good citizenship attitudes among children of different belief systems.

What was clear from that report is that government needs to drive the process. However, the approach of this government is to respond only after the school patron has been engaged in the process by the school community.

Those that defend the tardiness in changing ownership point out that parents, when surveyed, express happiness with the current situation.  While this is not surprising -- current denominational schools have excellent staff and management and high standards -- it misses the point.

High standards will be maintained regardless of who is in control.  In fact, ownership by education and training boards will have the added advantage of democratic input through local councils. It’s about ethos and not control and management.

One voice that has not been heard on this topic is that of the lay members of the church.  Increasingly they see the futility of trying to prevent or delay the tide of change that is coming.

A change that they do not necessarily see as a bad thing, but rather one that can galvanize parishes and communities across the country with preparation for the Catholic sacraments, such as Communion and Confirmation, taking place outside of school hours. The church has, after all, always referred to parents as the “primary educators” of their children, a role or which Pope Paul VI stated was impossible to provide an adequate substitute for.

There is also the conundrum of meeting the needs of students from other denominations that currently are not being met in Catholic schools, and if they are, then the ethos to which Catholic parents signed up to is being diluted. Both positions cannot be upheld simultaneously.

Ethos does not begin and end in religious education.  It spills over into approaches to other subjects such as biology, history, and literature.  When does life begin will be answered differently depending on school ethos, with all sides claiming science is on their side.

Members of the Catholic Church are also frankly fed up with the ills of society being left at the church’s door and would welcome a more proactive leadership from the bishops that would assertively proclaim Catholic teaching and challenge the inequalities in society.  But that cannot be done if the same bishops are dragging their heels on divesting school ownership, a policy change already agreed.

Because of this, there is a belief that they are constrained against speaking out in the public arena even though it is now clear that the Catholic voice is a minority one.

It is time to be proactive and make a bold move. The church needs to consolidate all that is good in a smaller number of schools, allowing for greater control over admission policies and curriculum while making sure that they do not become elitist.  They must cater to those who are socially, academically, physically, or emotionally disadvantaged.

By doing this they can continue to provide a valuable service to the learning community and society but in a more targeted, self-confident manner.  But first, they must render onto Caesar what is Caesar’s.