"No Greater Love: The Memoirs of Séamus Kearney" is a powerful read

IrishCentral Contributor Kevin Rooney on why he thinks "No Greater Love: The Memoirs of Séamus Kearney" is a must-read. 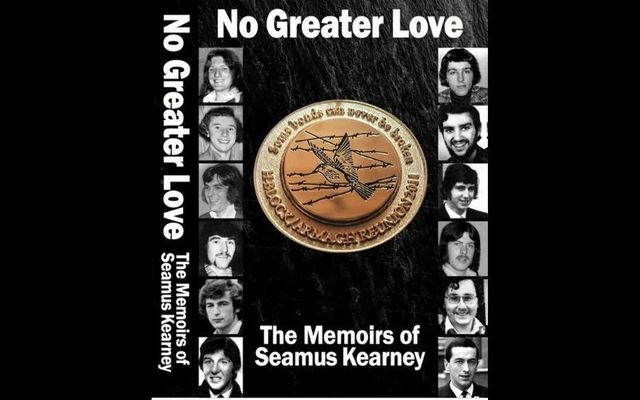 No Greater Love: The Memoirs of Séamus Kearney

This extremely appropriate title was chosen for the must-read memoirs of Séamus Kearney, an Irish Republican political prisoner during the time of the Blanket Protest and the Hunger Strikes of 1981.

This gripping and compelling book tells the story of brutal and inhuman treatment involving various physical and psychological tortures, including sexual assault, and the determination to resist even to the ultimate cost. This book is about the triumph of the human spirit.

Séamus Kearney’s story is like that of many young men and women from Belfast in those days. At a young age, he had seen his street and local church defended by his neighbours against attacks by sectarian bigots who were enabled by police support. Then he witnessed Internment, mass imprisonment without trial, and British Army massacres in Ballymurphy in Belfast and Bloody Sunday in Derry. He became a member of the Irish Republican Army.

Having been captured on active service in 1977, he was sentenced to 14 years by a Diplock Court, with a single judge and no jury. He was sent to the H-Blocks of Long Kesh where he and his comrades endured vicious tortures, constant beatings and the degradation of being forced to live in their own filth. They were known as Blanket Men because they went naked rather than wear the uniform of a criminal.

This book is an essential read concerning that vital period in the history of the Irish struggle that happened in Long Kesh from the inside. The story is told in an engaging series of episodes that draw you in and bring you there. You feel the heartbreak as Kearney sees men he loved as brothers slowly die. Kearney himself walked a lonely road of grief for his own brother, a personal tragedy also used to torture and humiliate him.

"'No Greater Love' is a love story, a story about comrades who became brothers and laid down their lives for one another. There is no greater love than that.”-Séamus Kearney.

The book is also an essential first-hand account of the aftermath of the Hunger Strikes in which all the demands were finally met. This is a powerful read.