"King Donald the First as he shall be known, Our king and our liege whose loyalty is warm!" 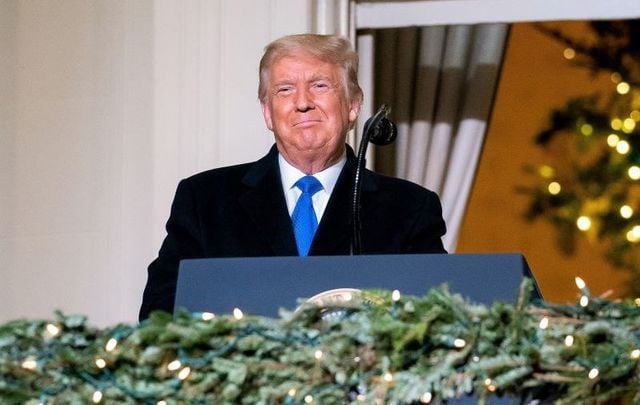 While The Night Before Christmas is one of the most recited poems in the world at Christmas, you will never have seen what a politician's version of it reads like.

‘Twas the week before Christmas and all through the House,

The winner is Donald, and Biden, he’s trumped!

From here on, they said, he is Number One,

The man in the White House, he’s certainly not done.

We won Wisconsin, Pennsylvania too,

But Biden, he tried to prove one plus one is two.

But when we add the votes it is plain to see,

When Republicans count one plus one is three.

So we’re the outright winners (let the Dems take their lumps),

It’s victory for us and for the great Donald Trump!

King Donald the First, as he shall be known,

Our king and our liege whose loyalty is warm!

To all of his subjects, white, brown, and black,

He will always support you (sign the check on the back.)

As for that stupid thing called democracy,

All over it, we Republicans should pee.

Constitution my ass, consign to hellfire,

And burn Bill of Rights on a funeral pyre.

The election was fixed, the congressmen whined.

The fraud was as big as King Donald’s behind.

They made up the votes but we had Giuliani,

The most unpopular man since the dead Sulemani.

But that doesn’t matter because Rudy’s no ass,

Even when in public he has to pass gas.

No matter what folks say when the count is all done.

And if the Dems lose and feel very grouchy,

They can always get lost just like little Dr. Fauci.

Who invented a virus which was really obscene,

And we didn’t believe it (though we took the vaccine.)

And got special drugs to make us feel better,

And the poor and the health workers really don’t matter.

We were offered it by his highness King Donald,

Who never wore masks but many women he fondled.

But that’s not a problem when you rule the land,

And you look like even your backside is tanned.

And rule it he does with a nod and two winks,

To Nazis and Proud Boys whose fascism stinks.

And as for the loser, the aforementioned Biden,

It's time he’s arrested or goes into hiding.

As King Donald the First I hereby decree,

I replace Jesus Christ and the only God is me!

I’m more than a king, I’m the very top brand,

From heaven, I came and now here I stand.

It was a miracle indeed how the numbers all altered,

From Biden ahead to seeing that Joe faltered.

I am your Sun God as you see from my face,

The most important person of any creed or race!

Now excuse me a while it’s almost 11,

I am due to fly off and meet God in heaven.

It's hard work I know and life is a bitch,

Especially when you work with dear old St. Mitch.

Who looks like a toad who just ate a thistle,

But he always will come; I just have to whistle.

I won the election and now I’m Sun God,

With a fine head of hair and a beautiful bod.

So Democrats, it's time you all learned your lesson,

With Sun God Trump there can be no messin’!

So here’s to my friends -- we’ll steal everything in sight!

And when everything is stolen, to all a good night!