It might have worked with John Kerry and with Hillary Clinton but now Joe Biden is forwarned and forearmed, the President Donald tricks will fail. 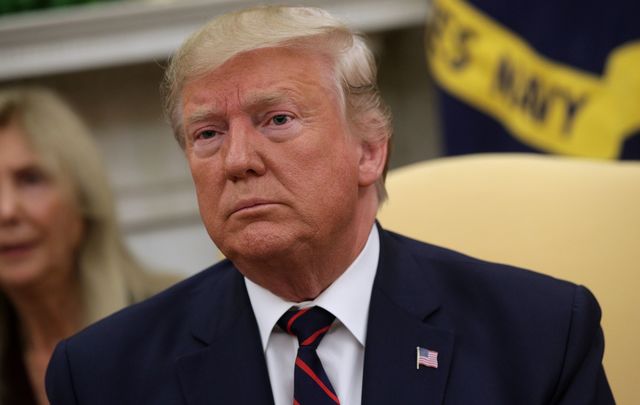 It might have worked with John Kerry and with Hillary Clinton but now Joe Biden is forwarned and forearmed, the President Donald tricks will fail.

Rudy Giuliani and President Donald Trump must have been congratulating themselves on their genius. Just as with Hillary Clinton and fake allegations against her, Trump was going to “hammer the hammer” and seriously damage Joe Biden, his greatest rival for the White House, with a Ukrainian con job.

Doubtless, it was a plot hatched by Rudy and Donald deep in the bowels of the White House. Their game was simple: remove Trump’s most dangerous threat for another four-year term.

When you “hammer the hammer” in Irish sport you take the best opposition player and use his best traits against him.

Say he's an outstanding player who is tough but fair on the field of play. But you launch the mother and father of a nasty campaign against him, pointing to every bit of bogus evidence that instead of being fair he is actually dirty and dangerous.
The player is so surprised he doesn't know how to react.

That was the successful trick played on 2004 Democratic presidential candidate John Kerry, a bona fide Vietnam War hero who got slimed as a gutless coward by the time the GOP was finished with him.

Trump successfully slimed Clinton (“Lock Her Up”) the same way when he, in fact, was the six-time bankrupt “businessman” who ripped off hundreds of creditors, arranged illegal hush-money payments for mistresses and created bogus charities to mention just a few transgressions.

It was too late when Clinton finally figured out the boondoggle was working and she foundered in the closing days against Trump.

Now comes Irish American all-round clean guy Biden with a reputation for probity over a lifetime of politics.

Trump and Giuliani quickly identified Biden as Trump’s most formidable opponent. Give Trump credit for that -- he’s no fool when it comes to sensing where the next dangerous challenge is coming from. 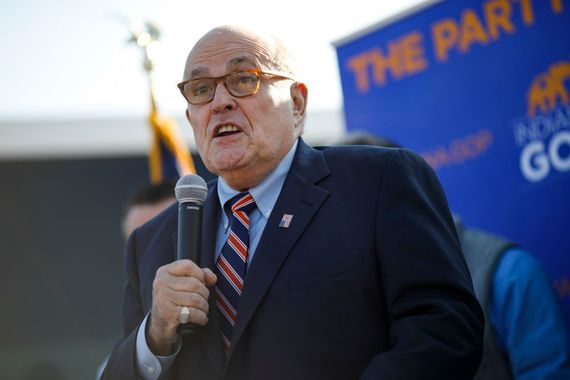 It was time to hammer the hammer, 2019-style, and reduce Biden to a blubbering mass of jelly. There was a perfect setup. Biden's troubled son Hunter had unwisely taken up a position with the Ukrainian national gas company at the time Biden was in charge of U.S.-Ukraine policy.

Giuliani was soon blanketing the airwaves with accusations that the Biden family is hopelessly corrupt. Of course, missing from the Giuliani narrative was the fact that Biden’s son had joined the company after it had been investigated.

Never mind the truth; all seemed to be going very well, and with a new Ukrainian president desperate to please a powerful ally Trump let it be known he needed a Ukrainian investigation of Biden in order to kick start aid.

But the best-laid schemes often go awry. Trump, desperate to involve the Bidens in a scandal, overplayed his hand, revealing he was putting a foreign power in a position to damage the integrity of an American election.

All hell broke loose when a patriotic whistleblower reported the fact of the attempt to compromise an election.

Suddenly Giuliani and Trump didn't look so smart after all especially when Trump, in a move reflecting extreme arrogance, released a transcript of his talk with the Ukrainian president believing it would exonerate him.

It didn't and it won’t, and Trump suddenly finds the entire Ukrainian plot unraveling with who knows what other scandals to come.

Hammering the hammer will not work this time, but it is truly a sad reflection on the Republican Party that they apparently condone such illegal and impeachable shenanigans.

Biden is forewarned and forearmed and will be far more alert to the next dirty trick. Knowing Trump, it's only a matter of time.

What did you make of Trump and Giuliani's actions? Let us know in the comments section below.