"The idea that you wouldn’t stand and applaud his courage, his bravery, his leadership... is extraordinary." 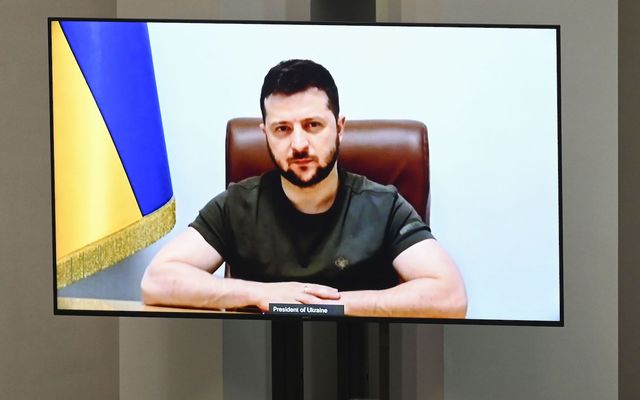 Ukraine's President Volodymyr Zelensky: "The idea that you wouldn’t stand and applaud his courage, his bravery, his leadership, but also out of respect for what his country is going through, to my mind, is extraordinary." Getty

Their weasel-word excuses after they were called out by politicians from their parties would put even Tucker Carlson in the shade as they refused to fully condemn the genocide in Ukraine.

The Irish Times reported that “Video from the Dáil chamber showed Paul Murphy, Richard Boyd Barrett, Gino Kenny and Bríd Smith standing after the speech but not applauding with the other TDs and Senators present.”

Murphy said he and Boyd Barrett had “stood for the people of Ukraine and stood with them in the struggle against the Russian imperialist invasion”.

However, he added: “We can’t applaud calls for more sanctions which are hurting ordinary Russians and only bolstering the Putin regime at home.”

How sad it is those poor Russians giving up their Big Macs while Ukraine becomes a hellhole. 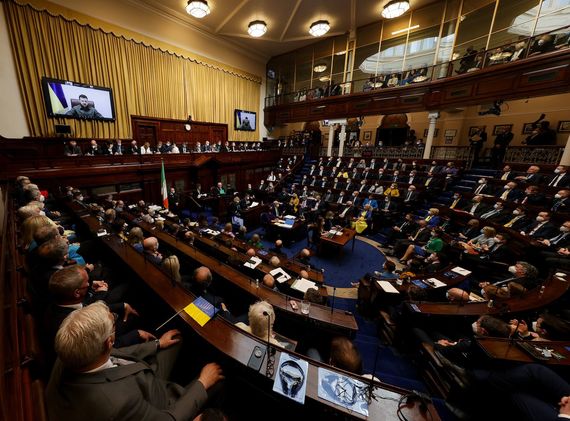 He also criticized Volodymyr Zelensky’s government for a “worrying attack “ on democratic rights after the President took the very obvious steps of creating a national government and asking the opposition parties to step aside.

To rate something as minor as that as a “worrying attack” when Russians are butchering civilians, raping women, burning down schools and hospitals, firing at will on women and children is the equivalent of complaining your big toe is sore as you are fighting a deadly cancer.

Murphy was not alone in the shameless gesture. 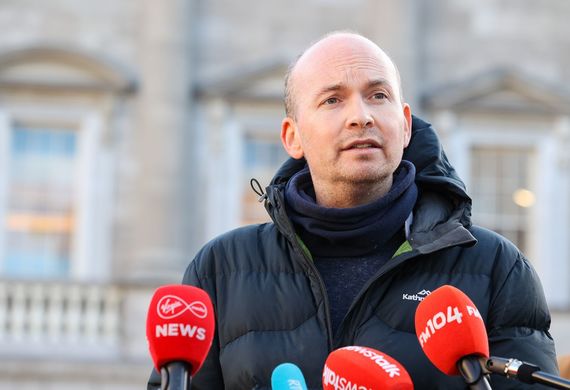 Brid Smith “disagreed with calls made previously for Nato involvement in the war, which could “escalate an already dangerous situation”.

Their refusal to acknowledge the bravery of Zelensky was appalling, several politicians stated.

Minister for Foreign Affairs Simon Coveney later said the group’s decision did not “reflect the views of the vast, vast majority of our people”.

“The idea that you wouldn’t stand and applaud his courage, his bravery, his leadership, but also out of respect for what his country is going through, to my mind, is extraordinary,” he said. 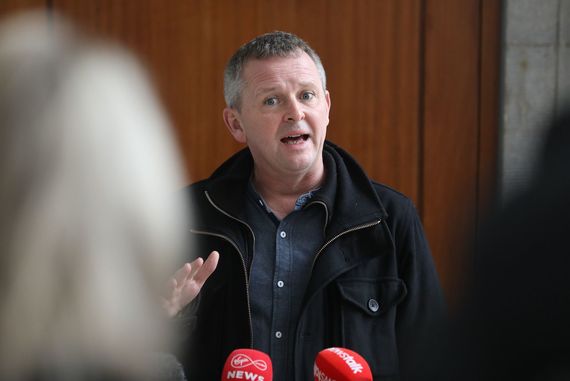 Minister of State Patrick O’Donovan said it was a “source of terrible embarrassment” to be in a chamber where members had refused to clap. He said the People Before Profit had a “warped ideology”, which is putting it mildly.

Let's not forget there were apologists for the Soviet dictator Joseph Stalin when he starved 3 million Ukrainians to death in 1930. Now Russian President Vladimir Putin is trying to destroy their land and everyone in it and also finds admirers in Ireland. It is a sad statement on the Stalin-like groupies in the Irish parliament.