Farewell to Republican fighter and friend of Ireland, Peter King 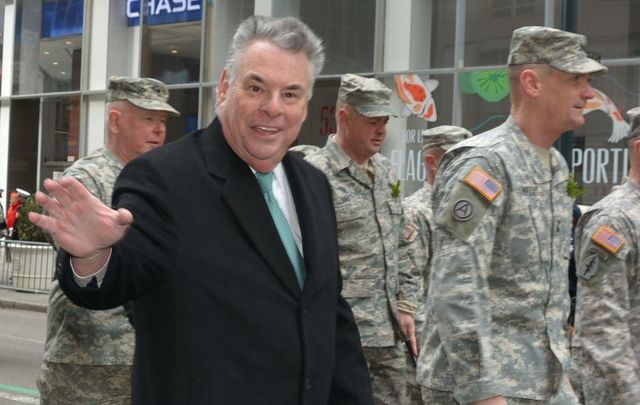 It was a familiar coda. In a different context, in a different era, King strongly criticized President Ronald Reagan’s hands-off stance on Ireland and was such an Irish Republican firebrand when serving as Nassau County comptroller he was barred from sharing a platform with Reagan by the Secret Service.

For a generation King, a Queens native steeped in Irish lore, a Notre Dame graduate and Long Island politician, was unofficially the congressman from Noraid, once stating that the IRA was "the legitimate voice of occupied Ireland."

In 1982, at the height of The Troubles, King pledged support to "those brave men and women who at this very moment are carrying forth the struggle against British imperialism in the streets of Belfast and Derry.”

His outspoken words resulted in the Irish government boycotting the New York St. Patrick’s Day parade in 1985 when King was chosen grand marshal, stating that he was an “avowed supporter of Irish terrorism.”

The boycott failed. King brushed the criticisms aside and was never more popular than when he marched at the head of the parade with an “England Get Out of Ireland” banner.

When Sinn Fein leader Gerry Adams made his historic first visit to America in 1994 it was King who met him at the airport. It seemed the bond was unbreakable.

On every issue of concern to Irish America, especially Northern Ireland and immigration, King was in lockstep and deeply popular. It crested when King was just one of five Republican congressmen to vote against Bill Clinton’s impeachment in 1998. 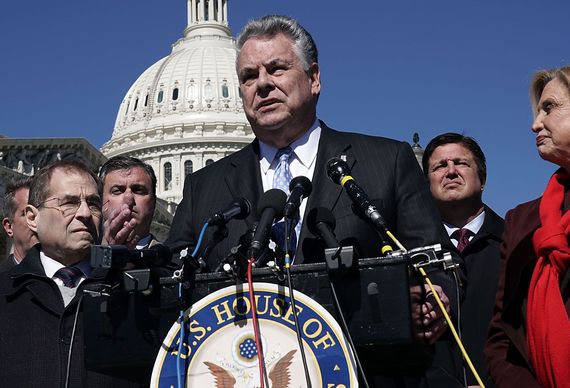 The change in King’s political demeanor seemed to happen at warp speed.  He was appointed chair of the subcommittee on Homeland Security and suddenly, a totally different Pete King emerged.

He distanced himself quickly from the IRA, denying he was ever that close to the group.  From being a supporter of Senator John McCain’s attempt to build a bipartisan commission on immigration, King suddenly became an immigration hardliner, confusing the bejesus out of the Irish American leadership on the issue.

Worse, he became rabidly anti-Muslim in his rhetoric after previously working hard on integrating them into his district.

September 11 clearly spooked King, and the change was remarkable and painful for many to witness to be quite honest. 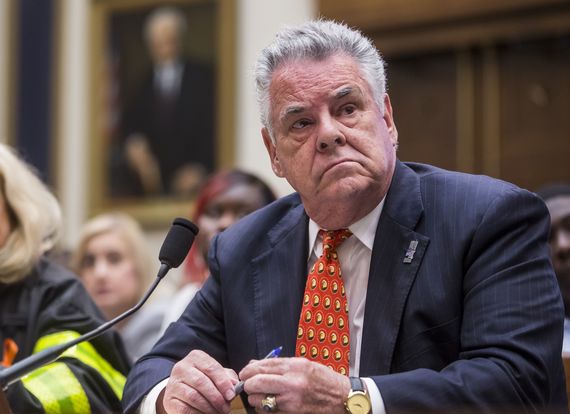 In recent years he softened his positions again as 9/11 passed into memory and King was no longer the head of Homeland Security issues. He toyed with the idea of running for president or the U.S. Senate but his interest petered out. He became close again on Irish issues, a very welcome development especially for those who remembered his brave stance for justice in Ireland when he stood almost alone in Congress.

It was fitting that King went out with a parting shot at Trump who he had indulged like so many of his congressional cohorts.  It was the old King calling it like he saw it.

We wish him well in his retirement.  His place in Irish American history is secure despite those few wobbles.

In an era where standing on principle has become an oddity, King represented the old values well. He will be missed.