Congressman Brendan Boyle says claims of fraud are "a ridiculous fantasy" and "nothing short of a seditious subversion of the will of the American people." 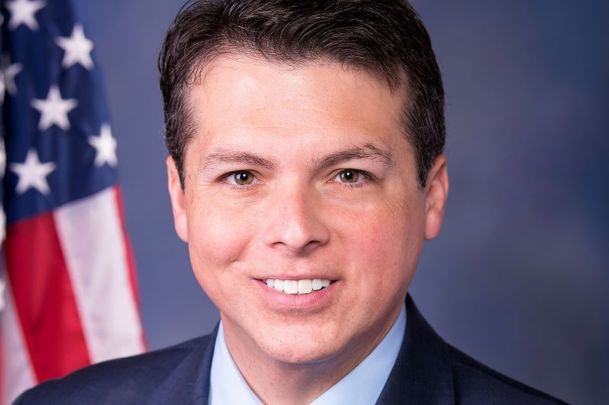 Congressman Brendan Boyle issued a resolution as a group of Republican senators prepare to object to the January 6 certification by the Electoral College of the 2020 US presidential election.

Democratic Congressman Brendan Boyle, who represents Pennsylvania's second district, today introduced a House resolution that calls for "a formal inquiry into the validity of the election of each member of the House claiming the November 3, 2020 General Election was fraudulent.

“The resolution would also bar a member of Congress from voting in the House while that fraud inquiry is conducted into their self-proclaimed ‘fraudulent election.’”

Some members have announced they are seeking to cancel American democracy and reverse the official results of the 2020 Presidential election. This ridiculous fantasy is nothing short of a seditious subversion of the will of the American people. https://t.co/Pc3w00DKEf

Boyle said in a statement on Monday: “Some members have announced they are seeking to cancel American democracy and reverse the official results of the 2020 Presidential election. This ridiculous fantasy is nothing short of a seditious subversion of the will of the American people.

“But it’s time for these members to follow their argument to its logical conclusion. They were also elected in the same election, using the same process. If they believe the presidential election was fraudulent, then so was their election.”

The press release from Boyle's office added: “Allegations of massive voting fraud by President Trump’s campaign lawyers have all been refuted by a numerous judges, local and state election officials, and the US Department of Homeland Security.

“Recently, all 10 living former US Secretaries of Defense declared —'The time for questioning the results has passed; the time for the formal counting of the electoral college votes, as prescribed in the Constitution and statute, has arrived.’”

Earlier, on January 2, Congressman Boyle called upon the US House of Representatives to refuse to seat "any House member or Member-elect who formally objects to, or attacks the November 2020 election results as corrupt."

Boyle, whose father is from Co Donegal, sits on the Friends of Ireland Caucus and The Irish National Caucus. He was among those sworn in for the 117th Congress on January 3 in Washington, DC.

Proud and honored to take the oath this evening to continue serving and fighting for #Philadelphia and the people of Pennsylvania's 2nd Congressional District! pic.twitter.com/1hqC7e6bYk

Boyle's resolution comes as a group of Republican senators, led by Senator Ted Cruz, say they plan to object during the Electoral College certification process on January 6.

It continued: "On January 6, it is incumbent on Congress to vote on whether to certify the 2020 election results. That vote is the lone constitutional power remaining to consider and force resolution of the multiple allegations of serious voter fraud."

The statement goes on to call for an "emergency 10-day audit of the election returns in the disputed states."

"Once completed, individual states would evaluate the Commission's findings and could convene a special legislative session to certify a change in their vote, if needed.

"Accordingly, we intend to vote on January 6 to reject the electors from disputed states as not ‘regularly given' and ‘lawfully certified' (the statutory requisite), unless and until that emergency 10-day audit is completed."

The day after the joint statement, and the day before Congressman Boyle's resolution, tapes and transcripts were released by The Washington Post of a January 2 phone call between President Trump and Georgia Secretary of State Brad Raffensperger and others in which Trump claimed he "won this election by hundreds of thousands of votes" and that "the ballots are corrupt."

Trump alleged that ballots were being "shredded" in the state, that voters were "scammed," and the results are "faulty."

The President appealed: "So look. All I want to do is this. I just want to find 11,780 votes, which is one more than we have because we won the state.

"And flipping the state is a great testament to our country because, cause you know, this is — it's a testament that they can admit to a mistake or whatever you want to call it. If it was a mistake, I don't know. A lot of people think it wasn't a mistake. It was much more criminal than that."

You can listen to the full phone call from January 2 here: