David McCormick, a Pennsylvania hedge fund billionaire with aspirations of winning a Senate seat this November, cares little for the fact that his own ancestors went through vile racist abuse when they first arrived in America. 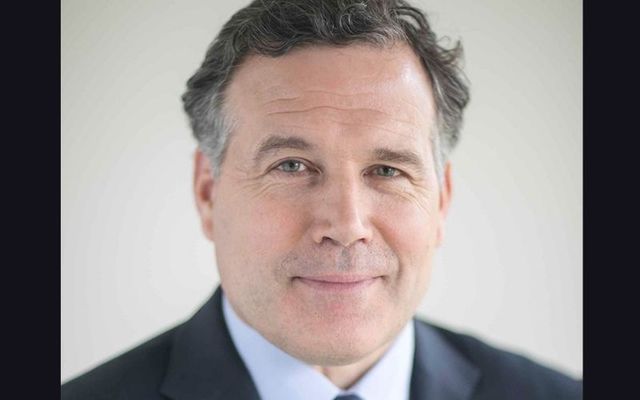 I never thought I’d see the day that an Irish American political candidate would attack a rival because of his immigrant roots, but hedge fund billionaire David McCormick is going after Dr. Mehmet Oz because of his Turkish and Muslim heritage.

They are both competing for the Republican nomination for an open U.S. Senate seat this November in Pennsylvania.  Both are competing too for the nod of approval from Donald Trump after Trump’s first choice quit the race because of allegations of domestic abuse brought by his wife.

But having an Irish American criticize an immigrant success story like that of Dr. Oz is a new wrinkle.

Obviously, McCormick cares little for the fact that his own ancestors went through vile racist abuse when they first arrived in America.

It is important to note that the anti-Muslim immigrant charge is being leveled in the state where the worst anti-Irish Catholic rioting of all time occurred in 1844 after the racist Know Nothings attacked Catholic churches, and riots ensued on the streets for weeks.  An estimated 30 Catholics were killed and two churches burned to the ground.

An Irish American Know Nothing running for senator is a rarity indeed, but in the era of Trump perhaps not surprising.

I’m not a huge fan of TV celebrity Dr. Oz mainly because he appears to be selling lots of snake oil, though there’s no question about his background as a very talented heart surgeon.

But to be attacked because he took out Turkish citizenship to make it easier to visit his mother who has Alzheimer’s and lives in Turkey is way over the top.

So are the pictures revealed by McCormick showing Oz with several mourners who were wearing Muslim garb at the funeral of his father.  What next, attacks on Mormons because they don’t wear Y fronts?

Trump set this country down a slippery slope when he began his presidential campaign in 2016 by demonizing Mexican immigrants as rapists.  Since then the immigration issue has skewed violently at times in a hardline direction where immigrants are not welcome.

Dr. Oz himself is an extraordinary success story.  As the son of Turkish immigrants, he rose to become America’s doctor as a national TV presence, with the imprimatur of none other than Oprah Winfrey who helped launch Oz’s media career.

McCormick’s Egyptian-born wife Dina Powell, a former official with the George W. Bush and Trump administrations, got into the Oz bashing act also according to The New York Times.

“During lunch at Mar-a-Lago with Trump the candidate's wife pulled out a picture that showed Dr. Oz alongside others wearing Muslim head coverings, according to four people briefed in detail on the exchange, which has not previously been reported,” the Times noted.

Her point was there were certain parts of Pennsylvania where the fact Oz was a Muslim “would play heavily against the ticket.”

Is this what the great American experiment is coming down to, the church where one worships can be used as a wedge issue?

Sad if it is so, but another sign of the dire times we live in.

Oz is clearly a secular Muslim whose wife and kids are Christian.  This should not matter at all.

Unfortunately in this warped world where the modern Know Nothings led by Trump excuse violence on the hard right, refuse to condemn attacks on democratic institutions and indeed set up such attacks in motion, it is not completely surprising that attempts to demonize those of other faiths are underway.