Anti-Catholic bigotry is alive and well

Whatever Catholics achieved was never gladly given, even down to today as Kate Hoey made clear. 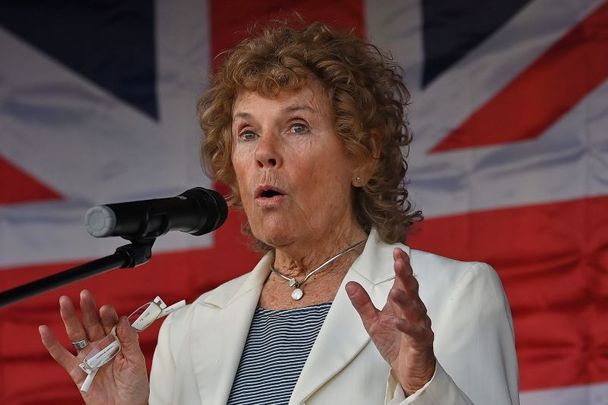 Blatant anti-Catholic racism in Northern Ireland was widely seen as a sad chimera from the past until a week or so ago when it suddenly reappeared, spouted by a prominent member of the House of Lords and former member of the Labour Party.

Baroness Kate Hoey, a former Communist Party advocate, now a sterling Tory and well-known devotee of all things unionist, made a very striking reference to the fact that nationalists in Northern Ireland have the utter gall to go and get themselves educated, and unionists better put them in their place.

That place, of course, was subservience for 50 years after the foundation of Northern Ireland, with only one token Catholic in government all that time and all senior positions in areas such as law, civil service, business being held by unionists.

Lord Brookeborough, a former prime minister, exalted to supporters in 1933 that on his vast estates he “didn’t have a Catholic about the place” and was widely applauded for the remarks.

The full text was: “Many in this audience employ Catholics, but I have not one about my place.  Catholics are out to destroy Ulster...If we in Ulster allow Roman Catholics to work on our farms we are traitors to Ulster...I would appeal to loyalists, therefore, wherever possible, to employ good Protestant lads and lassies.”

If all that seemed like a specter from a dim and distant past then the fact that a senior modern-day politician, a former minister in a British government, awoke the tribal echoes should shock us.

Hoey wrote in a foreword for a Unionist Voice Policy Studies report: “There are very justified concerns that many professional vocations have become dominated by those of a nationalist persuasion, and this positioning of activists is then used to exert influence on those in power.”

Well, how dare those croppies go and get themselves an education and seek to advance themselves and their community is what Hoey was saying.

Her knack for discriminating against minorities is well known. Born in Antrim to a Protestant farmer and his wife, she took a roundabout route to her bigotry, being enthralled in her young years by the Northern Irish civil rights struggle.

Once she became a senior figure and a minister, that sheen of non-sectarianism quickly wore away.

One of Hoey’s more notorious acts was to “like” a symbol of gay pride with a Nazi swastika attached to it on social media.

In Northern Ireland, she reverted to unionist type and became an outspoken opponent of the Good Friday Agreement, despite serving in Tony Blair’s cabinet.

Hoey defended her latest attack on Catholics daring to get an education by saying, “There is plainly an…elite nationalist network whereby a significant number of persons use the credentials afforded by their...status within those professional vocations to advance nationalist political objectives.

"This develops into a network of influence ...and this, in turn, influences the political and legal direction of society.”

Well, well, how dare those uppity Catholics seek to have influence and authority in a state that shut them out for a half-century.

Racism was widely practiced in Northern Ireland. Catholics were second-class citizens shut out from power and forced to live under the heel of a near dictatorship where all power resided in the hands of the unionist elite.

Hoey is right. Those days are gone, never to return, but she still clearly longs for the time when croppies did lie down for their masters and Catholics would not be allowed about the place.

Sometimes it seems time stands still in Northern Ireland, and at other times that it is going backward with all the force majeure of a black hole.

Whatever Catholics achieved was never gladly given, even down to today as Hoey made clear. The question is how many share her news.

More than you think.