Will Joe Biden be the next target of sexual harassment allegations?

Joe Biden has slammed Harvey Weinstein as "disgusting" and "immoral," but could his friendly nature also land him in trouble? 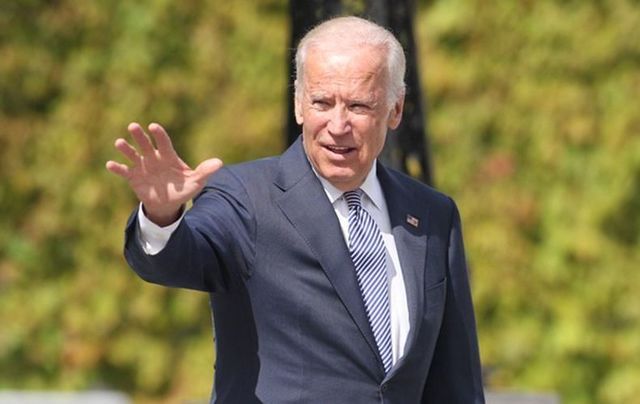 Joe Biden has slammed Harvey Weinstein as "disgusting" and "immoral," but could his friendly nature also land him in trouble?

Watch for former Vice President Joe Biden to be the next demolition derby target as the issue of harassment knows no political boundaries. I’m definitely not saying is he is guilty of anything, but spend any time in his company and you quickly learn how tactile he is.

Biden is a classic Irish politician. He grabs men and women, hugs them, kisses them, gives them a shoulder rub, whispers in their ears.

I was at his residence several times for St.Patrick’s and  Christmas parties and there was not a person left unhugged or whispered too at those events.

That’s the old-style religion, the kind of a politician Joe Biden is. He comes from the great populist tradition of hugging your friends close (and sometimes your enemies closer).

But already Joe is being questioned on his hands-on approach to politics.

Amanda Terkel, political editor of Huffington Post, points out that Biden, when Chairman of the Senate Judiciary panel in 1991, performed very poorly at the Clarence Thomas Supreme Court Justice confirmation and appeared to believe him rather than his accuser, Anita Hill, about sexual harassment

Her criticism is well-merited. It was a different era, of course, but the passage of time has not changed the clear feeling that Biden was convinced Thomas was innocent and acted like that.

Terkel writes that, “In many ways, Anita Hill launched the movement against sexual harassment in 1991. Then a 35-year-old law professor, she publicly accused Supreme Court nominee Clarence Thomas of having sexually harassed her when she worked for him. She faced a Senate Judiciary Committee composed entirely of white men. “ 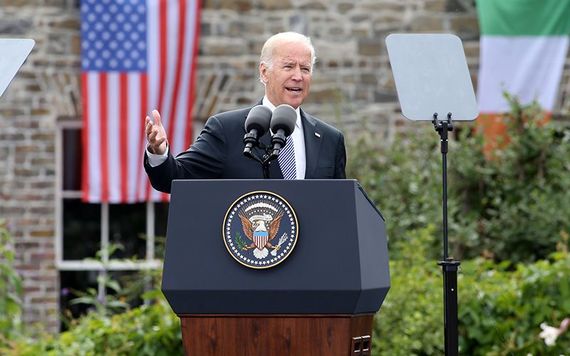 Biden did nothing to help Hill get her story across. Score one for Terkel.

Her second complaint about Biden however, rings hollow. Over the years as Vice President he swore people in, was part of major announcements of cabinet officials, and became known as the warmest person in the cool-as-a-cucumber Obama administration.

Biden has previously spearheaded campaigns such as It's On Us, an initiative to end sexual violence and to change culture around sexual assault. 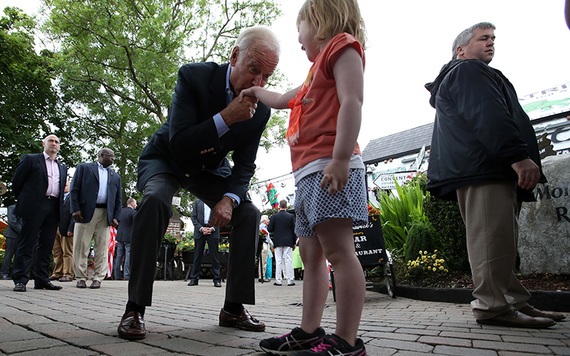 Joe Biden loves to meet with the crowds that gather to support him. Image: RollingNews.ie

That was not good enough for some, however.

“Do the incidents add up to anything? Assume that all of Biden’s gestures were entirely innocent, just Joe being Joe,” York wrote.

“Still, in today’s society, sexual harassment complaints have been lodged for less. Biden’s behavior gives critics plenty of ammunition and puts supporters in a difficult position. Why is that kind of stuff OK when the vice president does it and cringe-making when it’s the overly-friendly guy in the office?”

But that seems a real stretch. Can an American politician not glad-hand and give friendly handshakes and hugs anymore? It’s not like he was attempting something illegal behind closed doors.

I don’t know the answer to that, but given the spate of accusations since the Harvey Weinstein issue exploded it seems certain to be part of the 2018 and 2020 races as a major issue.

And that may not be good news for old-fashioned meet and greeter Joe Biden who, more and more, belongs in a different era, where contact with the voter or supporter was not frowned on.