At what normally would be a very early stage – but given the tenor of the times arguably isn’t – it’s a question of which Democrat isn’t thinking of having a go at President Donald Trump in the 2020 election. 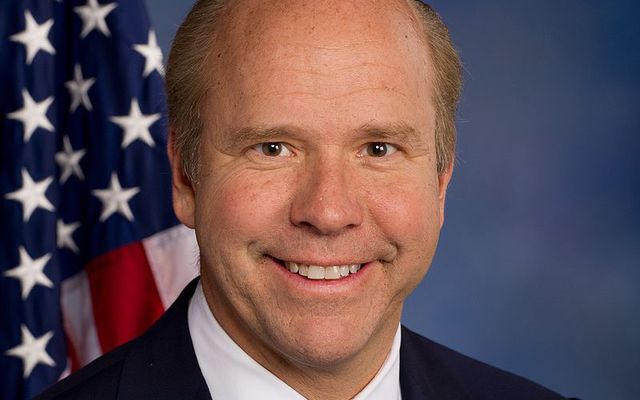 At what normally would be a very early stage – but given the tenor of the times arguably isn’t – it’s a question of which Democrat isn’t thinking of having a go at President Donald Trump in the 2020 election.

And among the more than arm’s length list of potential Democratic contenders, there are, not surprisingly, some Irish American names being floated.

Frist among them is Joe Biden.

Next door to Biden’s Delaware is Maryland, and it is here that another Irish name is surfacing.

And it is that of Congressman John Delaney.

According to a report in Politico, Rep. Delaney, a moderate Democrat, plans on bypassing runs for governor in his state and reelection to the House of Representatives and has told associates he is seriously considering a bid for president in 2020.

Reported Politico: “Five Democratic sources in the state said buzz about Delaney's intentions for 2018 and 2020 has been building for weeks, with increasing chatter about a presidential bid.”

In the modern presidency, the House of Representatives has not been a direct stepping stone to the White House.

Typically, as in the case of Presidents Kennedy and Nixon, House membership was followed by another step before the presidency.

In the case of these two, it was membership of the Senate.

In the case of Donald Trump? Ownership of Mar-A-Lago?

And that, of course, is what is opening up all kinds of hitherto unlikely scenarios for November 2020.

“A presidential bid would seem quixotic: Delaney is little-known even among Democratic operatives, and his moderate stances and background in finance don’t match a left-leaning Democratic primary electorate,” reported Politico.

Except, of course, that his name is now up in lights on a widely and closely-read political website.

A significant factor, should he decide to run, is that Delaney is rich. He is worth about $90 million after founding two commercial banks and taking them public, making him one of the House’s wealthiest members.

Born John Kevin Delaney in New Jersey in April 1963, the congressman’s wife is named April. They have four daughters.

Delaney is a graduate of Columbia University and Georgetown University Law Center.

Delaney came through a crowded field of Democrats when he first threw his hat into the ring for the 2012 House election.

He was given a favorable nod from Bill Clinton.

Since taking his seat, Delaney has, among other things, penned legislation aimed at ending partisan inspired gerrymandering.

No small thing if you are considering presenting your name to the voters in every House district, and every American state.