Which will come first - Mayo winning Sam, or Irish unity?

Ahead of the biggest day in Irish sport, Niall O'Dowd reflects on his friendship with the late Frank Durkan, a Mayo GAA football fanatic.

Somewhere in heaven, Frank Durkan is not praying for me.

Frank, the smartest lawyer along with his uncle Paul O’Dwyer that ever came out of Ireland, had one great weakness -- a love of all things Mayo, especially the county’s frustrating Gaelic football team which plays in the All-Ireland final against Tyrone on Saturday, September 11.

Mayo was the gift that never arrived, the promise that was not fulfilled, the empty box of presents at Christmas. It seemed they could never win another All-Ireland football title to add to the one they won in 1951.

If they do win on Saturday, the Mayo cemeteries will be full of people laying green and gold wreaths at the graves of loved ones who just could not hang on. Something similar happened with the Boston Red Sox after they broke their hoodoo after 86 years in 2004.

As for Frank, no matter the year, there was always an opportunity to get a rise out of him by declaring it looked good for Mayo, knowing full well the team would find a way to screw it up.

When Frank died in 2006, The New York Times wrote, “Frank Durkan, who as a lawyer, writer and political spokesman carved out a reputation as a fierce and clever defender of Irish nationalists, died on Thursday in Greenwich, Conn. He was 76.”

They should have added, “He was known to all as a fanatical Mayo football supporter, with a lawyer’s ability to eviscerate anyone who disagreed.”

I’m not sure what Frank’s last words were to his beloved wife Monica but I suspect they were “Mayo for Sam,” meaning Mayo footballers should win the Sam Maguire cup, the one they haven’t won in 70 years. 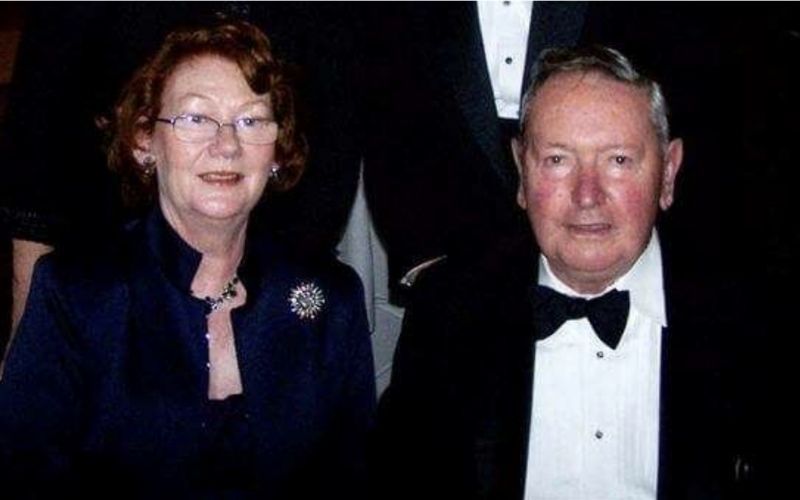 The late Frank Durkan and his wife Monica.

I teased Frank mercilessly about Mayo losing. He would grit his teeth and take off his pork pie hat that I swear he wore in court and jam it back on his head again.

There were always excuses -- the dog ate the football, the best player had arthritis, the referee was biased, someone moved the goalposts. There was a county-wide stomach bug in Mayo.

Finally, in the midst of one encounter, I made a fateful bet.

I said Ireland would be united before Mayo won the All-Ireland. The loser would pay the winner $100.

My bet was doing quite nicely actually. Thanks in part to Frank’s amazing advocacy over the years, the notion of Irish unity is suddenly not an impossible dream. There may even be a referendum by 2025 some predict.

And of course, Mayo continued their final losing streak. It seemed like every year the Sam Maguire Cup was snatched from them at the last moment. Dublin beat them by a point or two not once but maybe three times.

It became predictable that Mayo would find a way to lose. One year they scored an own-goal, no doubt to ensure they wouldn’t win.

Another year, they changed goalkeepers for no good reason in a replay, and of course, the new keeper had a nightmare game.

The old-timers spoke of a mysterious priest in 1951 who cursed the team many years ago for not stopping in his parish with the cup or some such blarney. But by now nothing can be ruled out.

This Saturday I have a sinking feeling that the tide might well come in.

Frank may be about to win his bet. I've never said that before.

Just the other day Brian O’Dwyer called, Frank’s cousin. He came straight to the point.

“You remember Frank’s bet? I’ll be around to collect,” he said in his best Tony Soprano voice.

He wasn’t exactly menacing but definitely cocky. Frank is probably deposing Our Lady of Knock asking her for the miracle to make the Mayo boys winners this time.

Wonder if there’s any chance of Irish unification before Saturday?