After beating Kerry, Tyrone will now face off with Mayo in the GAA All-Ireland Senior Football Championship Final on September 11. 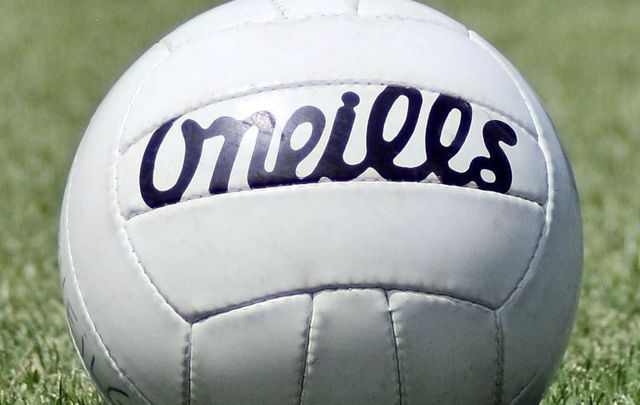 News from the Gaelic Athletic Association (GAA) in Ireland this week.

The headline in the Sunday World after Tyrone’s 3-14 to 0-22 extra-time win over Kerry in the delayed All-Ireland SFC semifinal on Saturday said it as well as a tabloid can – the Red Hand “got the jab done” to set up a Croker showdown with Mayo on Saturday, September 11.

Finally played after a Covid-19 outbreak in the Tyrone camp caused two postponements and much controversy, this was a game when the men from the North and not the fancied boyos from the Kingdom prevailed after over 90 minutes of pure entertainment.

True grit won the day for a Tyrone side incredibly resolute despite the ravages of Covid on their squad, an outbreak that initially saw their County Board forfeit the game before the GAA and their Kerry opponents agreed to two delays.

Conor McKenna was the two goal hero on the day for the Ulstermen, Cathal McShane also hitting the back of the Kerry net as Tyrone set up an All-Ireland decider with Mayo that would have got long odds at the bookies three months ago.

Yet, just like Mayo against Dublin in their extra-time win a fortnight earlier, Tyrone were full value for this “shock” win after McKenna’s first goal helped them to a 1-7 to 0-9 interval lead after Kerry had relied almost solely on the shooting skills of David Clifford and Sean O’Shea.

Kerry did recover to lead by two points when McShane’s hand bundled the ball to their net two minutes into added time. The Kingdom then leveled twice to force extra time, but the loss of Clifford to an injury and McKenna’s second goal of the day proved fatal for the Munster champions who missed a gilt-edged chance to force a penalty shootout when a Tommy Walsh free drifted wide with almost the last kick of the game.

For Tyrone, the win was as welcome as a Covid-19 vaccination as they put the critics and the doubters to bed, with joint managers Feargal Logan and Brian Dooher ecstatic as they faced the media afterward.

“Listen, it’s a minor miracle that those guys were fit to do what they did. But, you can’t coach character and resilience. In fairness to these guys, and everything that’s gone before, they’ve built up a bank of fitness.

“These guys are serious operators. It would shock me, coming in from an era where we just weren’t as physically tuned. I’ve worried for a month, I’m going to try and take a day out of worry maybe.”

Dooher struggled to put his thoughts on the determination and commitment of his players to see this win through in spite of everything they had experienced in the previous weeks.

“We didn’t know what way boys would go in the second half. We weren’t sure if they would stick it out. Some boys actually surprised us today. What they’ve been through, it doesn’t add up,” he said.

“It’s a credit to our coaches, Collie, Joey, and Peter, who have the boys in good shape. And our medical team for getting the boys re-integrated gradually. They haven’t been over-trained. We didn’t until the start of the season. The team has been built up as it went along. They have something inside them there that you can’t coach.”

Logan defended the actions of his County Board after they felt they were left with no choice but to withdraw from the All-Ireland semifinal after Covid first hit in the build-up to their Ulster final win over Monaghan in July.

“The week before the Ulster final was a very, very choppy week. And then there was a night, maybe two, since the Ulster final, where you were thinking, ‘Is it worth trying to battle through this?” said Logan.

“You’re coming up to training and everything was on its knees. The numbers were decimated. Then you’re looking at your physios, your doctors, it’s a big operation now, county football. And you’re sort of thinking, ‘Is this fair to everybody? To keep bludgeoning through this?’

“And then we had to take our position, which we were prepared to stand on, which was ‘We’ll leave it go. If we have to leave it go, we’ll leave it go.’ And, as I say, the fairness of the association, the community spirit, the backdrop of ill-health, and the fact that Kerry were decent to us kept us on our feet.

“So of course we come here deeply respectful of everybody that kept us on the road. And we don’t make that point lightly.”

For Dooher, any allegation that his team, their coaches, or officials tried to pull the wool over the GAA’s eyes was clearly an insult.

“Can I say something to you? If this is coming out to attack us here, which it seems to be heading that direction, I’m not here to...we took a decision based on medical advice,” he told the Croke Park media.

“We weren’t fit to field. We were told that. I have a duty of care to them players next door to me. Was I going to put them out and something happened to them? I said no. I said I’ll take the hit. And we were getting pilloried by our players for doing this. They weren’t happy that I pulled their championship on them.

Tyrone’s Man of the Match Kieran McGeary was also emotional as he spoke with RTE Sport straight after the game.

“It’s been a tough few weeks. Only those on the inside understand how tough it was.”

An unbelievable day at Croke Park. We'll leave you with this quote 🇵🇱

"They said we wouldn’t, they said we couldn’t, I’ll tell you what, we did" - Kieran McGeary, Man of the Match pic.twitter.com/tJ2CodV3r8

Kingdom not happy with Keane

The ink on the All-Ireland semifinal defeat to Tyrone is barely dry and already the knives are out for Kerry boss Peter Keane, who will do well to survive the inquest into their latest Croke Park shortcomings.

Imperious for much of the summer, Kerry failed to match Tyrone’s fire or their accuracy when it mattered in Saturday’s semifinal defeat and Keane knows well he is the one most likely to make the price.

Having hit six goals past Tyrone in the league earlier this year, this was not a result many saw coming – nor did anyone think Kerry would fail to raise a green flag over 90 minutes of play.

“It’s a quiet dressing room, fellas are very disappointed,” said Keane as the inquest began on Saturday night. “Obviously, we came here with an ambition of getting to a final. That’s eluded us so there’s a lot of disappointment.

“One of the things we had been doing a lot throughout the year has been scoring goals. We had four opportunities today, didn’t come home with anything. I think Tyrone had three goal opportunities and came away with three. Is therein the problem? We had something like 33 shots at the posts and got 23 points.”

Short in his answers, Keane did admit that the double postponement of the fixture due to Covid issues in the Tyrone camp didn’t help his side.

“Obviously, you set out with an overall plan at the start of the year and you had to deviate from it. We originally thought we had a three week window before the semifinal,” he added. “Then it was becoming a four week window and then it became a five week window. Look, that’s not offering up excuses here today.”

For Kerry legend Tomas O Se, his old team needs a new manager before they can think of winning Sam Maguire again. O Se stated, “In Kerry, nobody really remembers National Leagues. Munster Championships don’t stand for much the way it is with the competition down there.

“Does management matter? I think it does. Look at Tyrone this year, what happened when a different management came in with a different style of play and reinvigorated players.  You take Sean O’Shea and David Clifford out of that, 16 points scored between them, what else did they actually give after that? Has the team come on from where they were?

You can watch back on the thrilling Kerry - Tyrone GAA Football Senior Championship Semi-Final from Saturday, August 28 here:

*This report first appeared in the September 1 edition of the Irish Voice newspaper, sister publication to IrishCentral.