The GAA's Senior Football Championship semi-final between Tyrone and Kerry has been postponed due to “positive Covid cases in the Tyrone panel." 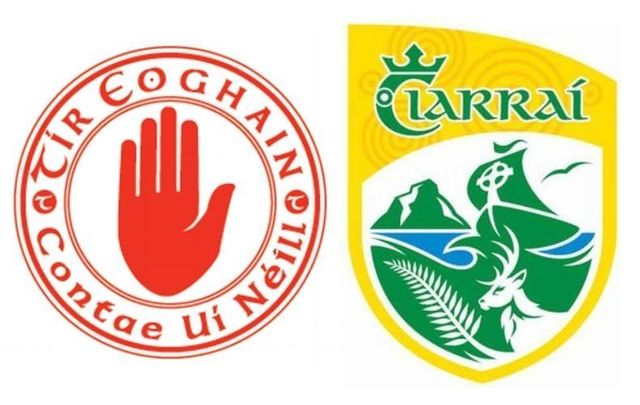 The GAA's All Ireland Senior Football Championship semi-final between Tyrone and Kerry has been postponed. GAA

The Tyrone - Kerry semi-final of the GAA's Senior Football Championship has been postponed until Saturday, August 21, the Gaelic Athletic Association confirmed today, August 9.

“This decision was taken following a status report received by the GAA relating to positive Covid cases in the Tyrone panel,” the GAA said.

Kerry GAA said the postponement was "disappointing" but added: "We acknowledge that we are all living in very challenging times and Covid continues to circulate in our communities necessitating the decision by the National CCCC to push the fixture out by 6 days."

Tyrone GAA said it would "welcome" the postponement of the semi-final and that the health of its players and management is the organization's "primary concern."

With the delay of the Tyrone - Kerry semi-final, which was originally scheduled for this Sunday, August 15, the All-Ireland Senior Football Championship Final has been postponed from Sunday, August 29 to Sunday, September 4.

All of the matches are still due to take place in Croke Park in Dublin.

While Kerry will now take on Tyrone in the semi-final on Saturday, August 21, Mayo is set to face off with five-in-a-row All Ireland champions Dublin this Saturday, August 14. The winners of each match will then square off in the final, currently scheduled for Saturday, September 4.

On July 30, TD Jack Chambers, Ireland's Minister for Sport, confirmed how many could be in attendance at the GAA's semi-final and final matches for both hurling and football, as well as the World Cup football qualifiers:

The GAA also confirmed today that the U20 final meeting of Offaly and Roscommon will proceed as planned at Croke Park ​at 1:30 pm on Sunday, August 15 with the same permitted attendance.

The GAA said it will continue to liaise with the appropriate Government Departments and officials to discuss the practicalities of having these revised fixtures included under the statutory instrument that has facilitated the increased attendances of recent weeks.

The GAA will also be working with the LGFA around the TG4 Ladies All Ireland Junior final scheduled for Croke Park on September 4.