Kerrie-Anne Walsh, who plays with the Monaghan under-16 ladies football team, said that LGFA's decision to scrap this year's underage All Ireland series is "unjustified". 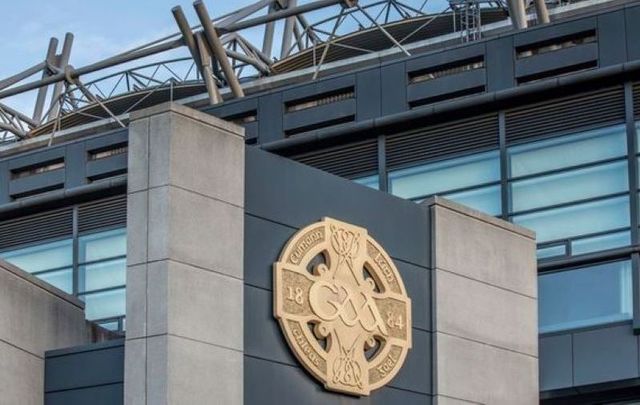 Croke Park in Dublin, the headquarters for the GAA. Ireland's Content Pool

An Irish teenager has launched a petition calling for the Ladies Gaelic Football Association (LGFA) minor, under-16, and under-14 All Ireland championships to go ahead after the competitions were scrapped earlier in the summer due to "player welfare".

Kerrie-Anne Walsh, who plays with the Monaghan under-16 ladies football team, said that the Ladies Gaelic Football Association's decision to scrap this year's underage All Ireland series is "unjustified" and "absurd".

The LGFA, the association that oversees ladies Gaelic football in Ireland, announced earlier in the year that under-14, under-16, and minor provincial championships could take place until the end of August, but that the provincial winners would not be able to proceed to the All Ireland championships.

Meanwhile, the equivalent male competitions will continue to the All Ireland semi-finals, with Meath taking on Sligo in one semi-final and the winners of the Munster and Ulster championships going head-to-head in the other.

Walsh's Monaghan beat Tyrone in the Ulster "Platinum" final at the end of July and would have normally progressed to an All Ireland semi-final against the winners of the Leinster, Connacht, or Munster semi-final.

However, the LGFA has scrapped these inter-provincial semi-finals due to the coronavirus pandemic, meaning that underage ladies Gaelic football seasons have come to a premature end for the second year running.

Walsh has now launched a petition on Change.org, generating almost 2,000 signatures, calling for the All Ireland series to be reinstated.

The Monaghan footballer pointed to the fact that underage boys' competitions are allowed to continue to the All Ireland series.

"If the Munster Minor boys can play the Ulster Minor boys in an All-Ireland semi-final 2 weeks from now, sharing one football between 30 and marking one another tightly, there is no reason the girls cannot do the same," Walsh said on Change.org.

"Covid-19 sees no gender, there is no reason why the LGFA should."

Walsh also argued that there was little difference between playing a team from Donegal, which is roughly 110km away from Monaghan, or playing a team like Leinster champions Kildare, which is 120km away.

Walsh said that the Monaghan players are not ready for their season to end after their thrilling win over Tyrone in the Ulster final on July 31.

"Our U16 & Minor Ladies teams are not ready to end our football year yet," she wrote. "The effort and work that goes into trials, training & matches with a county team, especially at the Under 16 & Minor age groups which have the highest underage dropout rate, is exceptional.

"So I ask, as a young female, as a proud member of the LGFA, as a determined player of Gaelic football, please reconsider your decision about this incredible competition. Please, do not leave an All-Ireland cup sitting idle, when it is just waiting to be lifted by a team of hardworking, committed young footballers."