A round-up of GAA news from around Ireland: Dubs win but doubts persist; Waterford too good for Tipp; Tyrone heads for semis; Cork marches on 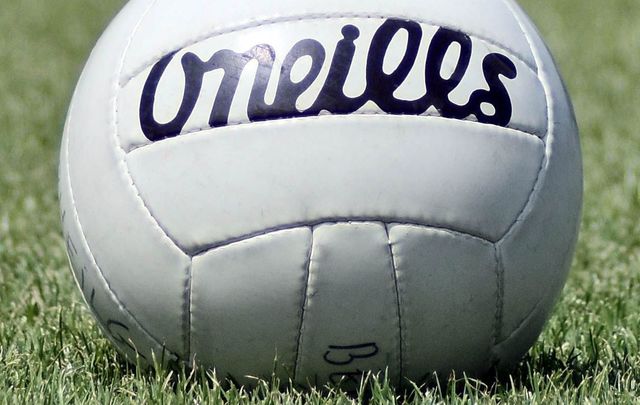 A round-up of GAA news from around Ireland

A roundup of GAA news this week from around Ireland.

The doubts remain over Dublin’s ability to make it seven All-Ireland titles in a row after their 0-20 to 1-9 win over Kildare in Sunday’s Leinster SFC final at Croke Park, a game that once again provided far more questions than answers for those of a Blue persuasion as just four teams remain in contention for Sam Maguire.

An 11th straight provincial championship win is something to behold but Dublin’s failure to score a goal, their inability to seriously build on a 0-9 to 0-5 halftime lead, and Kerry’s coming of age down in Munster all hint at headaches to come for Dublin boss Dessie Farrell.

With old foes Mayo next up for the Dubs, Farrell was inevitably asked if he is worried about his team’s current erratic form ahead of that clash with the westerners the weekend after next.

“I don’t necessarily see it as a concern. We just have to take every game on its own merits and you can’t look back and compare to what has gone on,” said Farrell.

“You have to look forward and understand and interpret the challenge that lies ahead and get yourself right for that. Ultimately it is about winning games and being as competitive as you can to win games and that is what we are going out to do.”

As reporters pointed to the departures of Stephen Cluxton, Eric Lowndes, Michael Darragh Macauley, Paul Mannion, Paddy Andrews, and Cian O’Sullivan in recent months, Farrell was questioned as to the impact of those player exits.

“I think that talk does a disservice to the group, to the players who are there,” he added. “Obviously there has been a period of transition, fellas have retired so it is a different look to the team to two years ago in the panel at least and that is just the nature of sport. The challenge for us is to continue to move forward and regenerate and that is what we tried to do.”

Admitting Dublin will need to step up a couple of gears at least when they turn their attentions from Leinster success to All-Ireland ambition, Farrell did reflect on a job well done in his opinion on Sunday with an improvement needed for the upcoming semifinal.

“We’re happy, obviously, to win a Leinster title. It’s a milestone in our calendar. Provincial titles are always important. We’re definitely very pleased with the victory today,” he stressed.

“You look at the performance, we’ll do a better job in assessing that in the coming days. But some pleasing aspects, possibly a lot of work-ons as well. We’ll take that as it comes in the next 48 hours or so.

“Mayo will probably be disappointed with their own first-half performance and they looked exceptionally good in the second half against Galway. No more than ourselves against Meath I’m sure they’ll be trying to bring consistency to their performance as well against Dublin.”

Former Kerry boss Jack O’Connor has been down the Dublin defeat road before and, one brilliant Daniel Flynn goal aside that got his side within five points of the Dubs, there was frustration evident in the post-match reaction of the Kildare manager.

He told RTE Sport, “My initial thoughts are that I’m disappointed. I thought we’d opportunities, particularly in the first half. We could have been right there at halftime and just asked them a few more questions.”

Waterford too good for Tipp

An injury time goal from substitute Neil Montgomery put the icing on the cake for Waterford as they sent Tipperary packing in Saturday night’s All-Ireland SHC quarterfinal at Pairc Ui Chaoimh and set up a mouth-watering last four date with all-conquering Limerick at Croke Park this Saturday.

Ahead by just a point at the break, 2-14 to 2-13, and after conceding two goals to the vibrant Seamus Callanan inside the first seven minutes, Waterford really turned on the style to add Tipp to the Galway scalp claimed a week earlier.

First-half goals from Austin Gleeson and Dessie Hutchinson helped their cause, but the big talking point arrived at the end of the third quarter when Gleeson was stopped illegally on his way to goal and Stephen Bennett drilled home the resultant penalty.

The Deise had outscored Tipp by 1-7 to 0-3 by the end of that quarter and that handsome return was enough to see Tipperary native and Waterford manager Liam Cahill upset his home county, not that he could take any pleasure in the achievement.

“Delighted to get over the line. Looking forward again to getting in behind the players during the week for a bit of recovery and try to get them up again. Today doesn’t make me any taller to be honest about it,” said Cahill afterward.

“I take no pleasure whatsoever in being part of this Waterford team that knocked Tipperary out of the championship. That I must convey out there. A lot of them fellas that played there today and on that Tipperary panel have been great warriors for me a number of years ago.

“I know they wouldn’t want pity, because that’s not the type of players they are but I do feel sorry that Tipp had to exit the championship on the back of a team that I was over. I have no problems in saying that, and I think the Waterford people will understand that as well.”

As he looks forward to a gigantic task against Limerick this weekend, Cahill knows his native Tipperary will begin the post mortems on another failed summer after their first defeat to Waterford in the championship in 13 years.

He admitted, “Being a Tipperary man with my Tipp hat on, Tipperary hurling at senior level is probably at a big crossroads now, because there are a number of players there that have maybe big decisions to make over the next number of weeks.”

Joint boss Feargal Lohan had to watch on television as a Covid-19 outbreak rocked the Tyrone camp ahead of their nervy and narrow 0-16 to 0-15 win over Monaghan in Saturday’s Ulster SFC final at Croke Park, but he still had a part to play in a gutsy victory that sets-up an All-Ireland semifinal date with Kerry.

Short their co-manager and several players, Tyrone had to dig deep to hold off a Monaghan side still mourning the tragic death of their under-20 captain Brendan Og Duffy just a fortnight ago.

Hit for six goals by Kerry in the National Football League earlier this year, Tyrone will need to up their game in the semis, not least from a poor second half on Saturday when they allowed Monaghan to claw back a six-point half-time deficit.

“To be honest about it, we know if we come in with that second-half performance it won’t be a different concept, it’ll be the same. I think in the second half we did everything but lose it but thankfully we just did do enough,” said joint boss Brian Dooher.

“We have to go and get our house back in order again and take whatever learning we need from today and fix up a few things. We have two weeks to do that.”

The tragic death of Duffy in a car crash a fortnight ago did affect Monaghan on Sunday with the youngster’s parents in the crowd and his memory very much a factor for the beaten Ulster finalists as they did their best to do Duffy and recently deceased sponsor Philip Traynor proud.

“I couldn’t be any more proud of the group of players. Proud to be from Monaghan his last month. We had a difficult couple of weeks,” Monaghan boss Seamus McEneaney told The42.ie.

Kiernan Kingston was as realistic as ever after his Cork team’s 2-26 to 0-24 All-Ireland SHC quarterfinal win over Dublin at Semple Stadium on Saturday as his thoughts turned to a semifinal date with Kilkenny at Croke Park on Sunday.

Goals from Tim O’Mahony and Shane Kingston and a whopping 12 points from the brilliant Patrick Horgan were enough to put an end to Dublin’s interest in the hurling for the summer.

But that sort of performance won’t be enough to stop the Cats in their tracks when the sides hit headquarters on Sunday and Kingston knows it.

“We were asleep in the first five minutes. We could have conceded two goals early on. We got a bit of luck, we rode our luck I think. We played well for the rest of the quarter. We got a couple of scores, finished the first half in a good place,” Kingston said.

“We knew this was going to be a massive game. Dublin threw everything at us, and in fairness to them, they stayed with us and stayed at us right up to the very end.”

Having beaten Galway earlier this summer, Dublin never lived up to those heights again but manager Mattie Kenny could see positives to take out of their championship campaign after Saturday’s defeat.

He said, “We are making progress. Obviously, we would like to be making it at a quicker rate. Being competitive in these games and being exposed to the business end of the championship is key to us going forward; key for Dublin going forward.”

*This report first appeared in the August 4 edition of the weekly Irish Voice newspaper, sister publication to IrishCentral.