GAA Roundup: Rossies upset that the season’s over 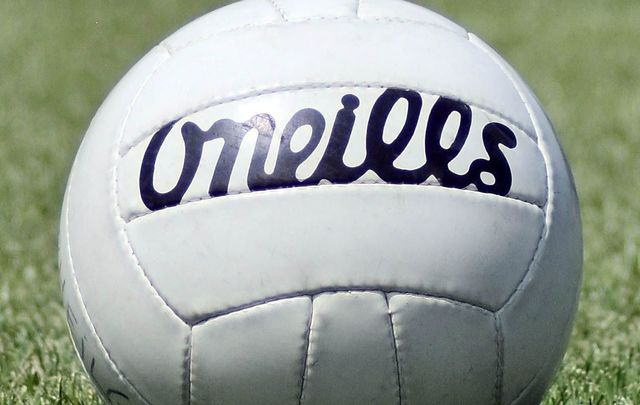 GAA news from Ireland over the past week. Creative Commons

A roundup of all Ireland's GAA news this week.

Rossies upset that the season's over

Roscommon boss Anthony Cunningham is none too pleased that his county team face six months of inactivity thanks to the absence of a back door in this year’s football championship after Galway ended their summer with a 2-11 to 0-12 win at Dr. Hyde Park in Sunday’s Connacht semifinal.

The former Galway hurling boss can’t understand why there is no qualifier series in football this season even though it is continuing in hurling.

“It’s very disappointing in that you don’t have a second go at it,” Cunningham told media. “In a normal year you would and we’d be out again next Sunday.

“I think the officials got it completely wrong to be honest. For the promotion of our games there has to be more games and less training. Straight knockout for football is really, really poor.

“The GAA are going to lose a footing really if they don’t have more games. I don’t think anybody understands the amount of work that goes on. It’s a seven-day-a-week job.

“The amount of people we have working, highly skilled professionals now with sports science in the backroom team and analysis. It is like a mini company that you’re running now. Such is the advancements in sport. The amount of work you put in as well as your day job is huge.”

Winners Galway scored 13 times on the day, Mattie Tierney and Paul Kelly getting the goals, and manager Padraic Joyce was adamant afterwards that his team must improve their scoring ratio as the summer extends to at least the Connacht final.

“I’m just delighted to get the victory,” Joyce told RTE Sport. “It’s our second match as management in championship and it’s great to get the win. We didn’t expect anything less than a hard battle from Roscommon and that’s what they gave us.

“We were probably in control of the game for a lot of periods which is satisfying but we just didn’t finish the game out as early as we thought. But look that’s championship and you know coming to Hyde Park there’s nothing going to be soft so we’re delighted to get out of it.”

Attacker Shane Walsh is now Joyce’s main injury worry for the next day out against Mayo or Leitrim after aggravating a hamstring injury on Sunday.

Eoin Murphy’s dismissal to the sin-bin turned out to be the moment that galvanized Kilkenny as they eked out a 2-37 to 2-29 win over Wexford after extra time in the Leinster SHC semifinal at Croke Park on Saturday.

Murphy was sent to the line for fouling Conall Flood and Mark Fanning rattled home the penalty for Wexford but Kilkenny rallied sufficiently to book a provincial decider date with Dublin.

“It was an amazing game,” Cats boss Brian Cody told RTE. “The game threatened to go both ways during the 70 minutes. It looked like they had all the momentum, we’d come back. It just yo-yoed along like that. But the final whistle came in normal time and it was level.

“Straight away, we’re facing into extra time. And extra time started for us started with losing a player, our goalkeeper, and them scoring a goal from a penalty. That’s something you don’t want to happen obviously.

“That put them in the driving seat. But I think our response in that 10 minutes really was the decisive part in the game. We ended that 10 minutes with Wexford going ahead by a point from a free, which really showed phenomenal characters and resolve from our players. And it was needed.”

Wexford boss Davy Fitzgerald talked up his team when he spoke with the media.

“I feel we were the better team in the 70 minutes, that’s my honest opinion,” he said.

“I think one or two little things went against us. But you have to say fair play to Kilkenny, they’ll never give in, they’ll stay with you all the time. Total respect for that. But I honestly believe we were the better team in the 70 minutes.”

Win But Worry for Kildare

Kildare eased into a Leinster semifinal meeting with Westmeath thanks to a 1-15 to 0-13 win over Offaly in Portlaoise on Sunday, but manager Jack O’Connor saw signs of rustiness in the victory.

O’Connor said, “It was a tough battle, and we probably were slight undercooked, without a game for three weeks. I think that was lethargy more than anything, we’d so many injuries we couldn’t take too many chances.

Offaly failed to turn possession into scores before the break and they paid the price as manager John Maughan admitted.

“It went wrong for us in that first half,” he said. “We’d a lot of possession, maybe only 33 per cent conversion, And that’s the difference, not taking the chances, too long scoreless when we were in possession. That’s where we lost the game.”

Well done to the team and management.

Meath will meet old foes Dublin in front of 7,000 fans at Croke Park in the Leinster SFC semifinals after their facile 4-22 to 0-12 win over Longford, a result that saw losing boss Padraic Davis quit his role after three years in charge.

“Padraic Davis has announced that he is stepping down as manager,” Longford GAA tweeted. “Longford GAA whilst disappointed, respect his decision and wish to thank him for all his efforts.”

Meath boss Andy McEntee watched the game from the press box rather than the sideline and admitted, “It was to try to get a different view on it and to keep myself out of trouble as well. Liam Moggan, our performance coach, suggested that it might be worth trying, to have a look at it from up there, to remove yourself from it a little bit.

“It was a nice game to start with given that the last 20 minutes were relatively comfortable. It would be a real test to stay there if it was nail-biting stuff towards the end.”

Limerick hit 20 wides and still ran out 2-22 to 1-17 winners over Cork in the Munster SHC semifinal at Semple Stadium, a statistic that didn’t please boss John Kiely as they prepare for a final date with Tipperary at Pairc Ui Chaoimh later this month.

“We created plenty more scoring chances, we could have got one or two more, but listen that’s for us to work on. There’s plenty for us to go after for the next day,” said Kiely. “I don’t know what our wide total was but I’d say it was fairly high, we have that go after.

“A little bit more accuracy in what we were doing in terms of our passing too, but overall they worked hard, we’ll go back to the training ground Tuesday night and come again.”

Goals from Darragh O’Donovan and Kyle Hayes just before the break all but decided the game in Limerick’s favor after keeper Nickie Quaid saved a Patrick Horgan penalty when a goal would have put Cork five points in front.

“Nickie is a top class keeper, he’s there a long time and we back him all the time,” added Kiely.

Laois manager Mike Quirke tore into his players over their lack of quality in Sunday’s 3-20 to 1-10 defeat to Westmeath in the Leinster SFC quarterfinal, then quit his post after a difficult season for the Midlanders who also suffered relegation in the NFL.

Quirke said, “I’d like to express my sincere appreciation to all players, management and backroom team for their unwavering effort over the past two Covid ravaged inter-county seasons. It’s been a difficult slog at times, but made far more enjoyable by the quality of the people involved.

“The players have shown fantastic commitment towards representing their county in the best possible way through very challenging circumstances and despite not getting the performances or results we craved this season, they can be proud of the effort and application they’ve shown throughout.

“I’d made my decision at this stage to allow the county board ample time to find new management in advance of county championship action resuming in the county in the coming weeks and months.”

2nd half goals from Denis Corroon, David Lynch & Lorcan Dolan help us to a superb 16 point win and a place in the semi-finals.
Great stuff lads ???#iarmhiabu#westmeathgaa#maroonandwhitearmy

Antrim were simply no match for Armagh in the Ulster SFC quarterfinal as the 4-15 to 0-15 scoreline proved and Saffron boss Enda McGinley was left to put words on the gap between the sides.

“The bottom line, and I know this might sound daft to those outside the camp, but I’ve always said it even back to my own Tyrone days that a county team becomes like a bubble, you live within a bubble and you convince yourselves that it is possible,” the former Red Hand ace told reporters.

“And while it sounds daft now after what has happened I still believe it was possible. Fine margins, surely, but my absolute belief today was that we had enough footballers on the pitch and enough wherewithal to stay in the game with Armagh.”

*This report first appeared in the July 7 edition of the weekly Irish Voice newspaper, sister publication to IrishCentral.