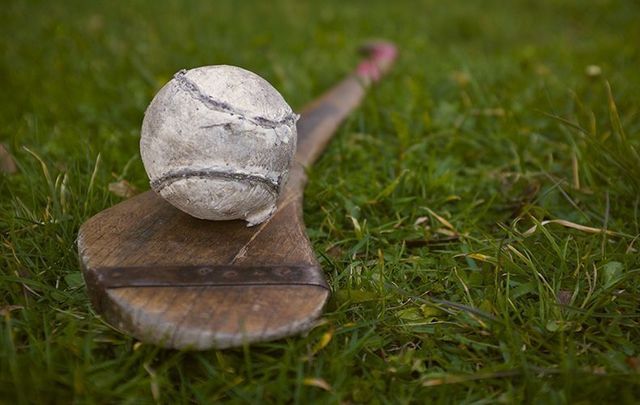 Hurling news: Manager Liam Cahill was fairly damning in his assessment of Waterford’s efforts after their crushing 1-22 to 0-21 defeat to Clare in their Munster SHC opener. Getty

A roundup of all Ireland's GAA news this week.

Manager Liam Cahill was fairly damning in his assessment of Waterford’s efforts after their crushing 1-22 to 0-21 defeat to Clare in their Munster SHC opener in Semple Stadium – a defeat Deise legend John Mullane described as a four-point hammering.

With serious work needed ahead of the qualifiers, Cahill wasn’t pulling any punches when he addressed the media afterwards. “We could have been beaten by a lot more to be honest,” he admitted.

“That was one of the flattest performances of my reign here. Bitterly disappointed. Can’t really put my finger on it, to be honest.

“Then again to be fair to Clare, I’m not taking away from their performance. They brought what they had to win Munster Championship hurling, all credit to them. But we definitely didn’t bring the energy that we’re accustomed to. We came up short in a lot of areas.”

Waterford will return to action in the qualifiers in the middle of July and Cahill expects to see changes in his team and new players given their chance.

“They have to be,” said Cahill. “I have to throw everything at this now. Too many players failed today for my liking. I’m going to look at it really stringently and rigorously. I have 37 on the squad and they’re all putting in great work. We had 11 guys training earlier this morning that trained really, really hard.”

Clare could afford 22 wides on Sunday and had Tony Kelly to thank for 1-12 on the day, manager Brian Lohan just happy to see them ease into the provincial semifinals with a win that was easier than the scoreline suggested even if their shooting needs improvement.

Another match and another injury for star man Michael Murphy, but Donegal manager Declan Bonner wasn’t too concerned about the long-term prospects for his captain after Sunday’s 2-25 to 1-12 win over Down in the first round of the Ulster SFC at Pairc Esler.

“Michael just tightened up. I don’t think he has done any extra damage. I’ll go back inside and speak to the medical team. We’ll get him assessed,” said Bonner.

“It’s a different championship this year and there are only a couple of weeks for recovery. We just finished the National League two weeks ago against Dublin so the games are coming thick and fast. Injuries don’t get much of a chance. Before this, you might have had four weeks. We’re quite hopeful that Michael will be fine.”

Bonner is concentrating on a big derby game with Derry next. He stated, “All we are looking to is Derry in two weeks’ time. That’s my main concern now. The preparation starts immediately for us.”

Down manager Paddy Tally, now at the end of his three year contract, again appealed for the GAA to overhaul the championship system after this heavy defeat.

“I have been saying it for years, the system is flawed in so many ways and even the fact that there is a massive gap in the quality of the teams but the system doesn’t suit competitive football,” he said.

“I’m hoping the GAA sits down and realizes you need to change, otherwise what we will have more players deciding, do we want to be part of this? Is there any chance of winning anything? Do you want to be successful?’

“Because now it is getting to the stage where it’s very difficult to rebuild and we’re finding that today. We’re talking here about this being a fifth game of football and that’s us done for the year. Five games of football for the amount of training you do.”

Watch the Full-Time Highlights of Donegal v Down in the Ulster Senior Football Championship Preliminary Round here!
Full-Time Score:
Donegal: 2-25
Down: 1-12#GAANOW pic.twitter.com/EYobjP6xZL

Benefactor Shane Lowry was cheering from the stands at Pairc Tailteann in Navan on Sunday as Offaly ended Louth’s Leinster SFC campaign at the first attempt with a 3-19 to 0-19 extra-time win, goals from Niall McNamee and Peter Cunningham in added time setting up a quarterfinal showdown with Kildare.

Golf superstar Lowry has ploughed his own money into the Offaly coffers and was clearly delighted with the nature of this win as his county outscored Mickey Harte’s Louth by 2-4 to 0-1 in extra-time.

Manager John Maughan knew who to single out for praise afterwards. He said, “Niall McNamee is highly respected, he’s an iconic footballer, he’s just a gem, he’s amazing. He’s very, very good in the dressing room, he’s very, very good outside the dressing room with the younger players in particular. It’s just marvelous, we don’t have to mind him, he’s playing so well in training. He’s a superstar.”

Kildare are next up for Offaly and Maughan added, “Look it’s Kildare again who we know exceptionally well.  They’ve Jack O’Connor involved there now so it’ll be tough there’s no question, it’s going to be big ask.”

Tyrone great and new Louth boss Harte tasted defeat in his first championship game and wasn’t impressed that his team’s campaign is over so early.

“To decide before the end of June that your season is over and there’s nothing else to play for, that’s a bit sad really,” Harte said.

“I think it doesn’t do justice to the teams that are trying to make themselves better and climb the ladder a bit. So, yes, I think we have been short-changed a bit.”

The suspended Davy Fitzgerald had to watch from the stands as Wexford hammered Laois by 5-31 to 1-23 in their Leinster SHC opener last weekend, but all present know Kilkenny will present a much stiffer test in the provincial semifinal at Croke Park on Saturday.

“When you look at the score and that we had 12 or 13 different scorers, it was a good score to put up but at the other end, we wouldn’t be happy with what we conceded,” said Wexford selector Keith Rossiter.

“Any time we play Kilkenny, it is always a ding dong battle. They had us in Nowlan Park a couple of weeks ago in the league and they showed us what they can do. We will be up against it but we will look forward to it.”

Asked about Fitzgerald’s absence, Rossiter added, “It will be weird having him back. He must be getting used to the box now. He got a spell in it a couple of years ago. I think he likes it up there.”

Kerry had no issues seeing off Clare by 3-22 to 1-11 in their Munster SFC quarterfinal at Fitzgerald Stadium on Saturday, an injury to star man and goal scorer David Clifford the only hiccup as they set up a semifinal date with champions Tipperary.

Manager Peter Keane will await a full assessment of Clifford’s injury before making any announcement on his availability for that one, and was happier to talk about a first championship win since 2019 after the game.

“Championship is about winning, whether you are a point ahead or two points ahead, it doesn’t really matter as long as you win. Especially this year with no backdoor so we’re happy with where we are at,” Keane said.

“There’s certainly things we need to tidy up on, we have work to go at on Tuesday night in preparation for Tipperary who are the Munster champions. We have to go and face them at home so that’s going to be a difficult task in two weeks.

“This Championship is pure knockout, you don’t get a second chance, so it is all about winning and whatever way you win, you win.”

Wexford managed only their second win of the 2021 season but it was an important one as they defeated Wicklow by 2-11 to 0-14 in their Leinster SFC first round clash in Aughrim on Sunday, their first win at this level since 2014.

Alas Dublin are next for the winners and boss Shane Roche said, “It’s in Wexford Park. It will be a great occasion and we have a lot of good young players that, when we met, we said we want to pit ourselves against the best.”

Injured captain Cillian O’Connor was watching from the sidelines as Aidan O’Shea stepped into the hero boots with a man of the match performance as Mayo saw off hosts Sligo by 3-23 to 0-12 in their opening Connacht SFC game on Saturday.

O’Shea scored 2-2 while youngster Darren McHale bagged 1-5 as Mayo progressed to a semifinal date with Leitrim in a fortnight.

"A few boys got their debuts today as well which is great. Darren McHale and Enda Hession came in, a big occasion for those boys getting their debuts out of the way,” O’Shea said.

Limerick will face Cork in the Munster SFC semifinal on Saturday, July 10 after a 4-18 to 0-12 win over visitors Waterford in their provincial opener, their biggest championship win since 1895.

“We just need to be calm because the last time we met Cork they handed us our rear end on a plate,” said manager Billy Lee afterwards. “We will enjoy tonight and enjoy another championship year of winning a match.”

“Have we come enough distance to close the whipping we got that night below in Cork a few years ago? Let two weeks decide.”

Dublin boss Mattie Kenny can’t wait for his side to get a crack at Galway in Croke Park in Saturday’s Leinster SHC semifinal after their 3-31 to 0-22 win over Antrim in Navan on Saturday.

“Going to play Galway next weekend is a big challenge for us. It’s a Leinster semifinal, something we’re looking forward to,” Kenny said.

“We knew coming up here to Navan we were going to get a huge challenge from Antrim. I felt the first quarter was very close.”