The Business Post is hosting the inaugural US Ireland Summit. Watch it live on IrishCentral's Facebook page. 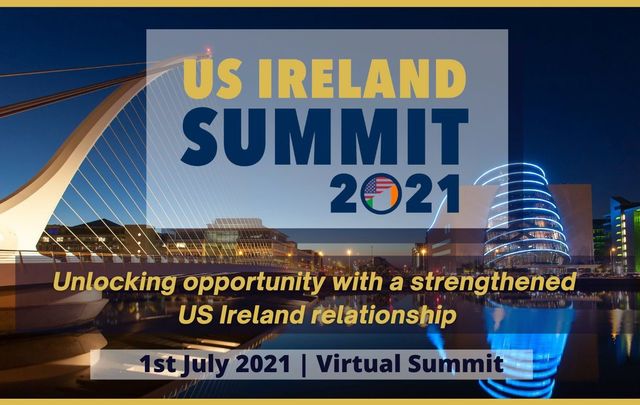 The US Ireland Summit was held as a precursor to the European Economic Summit, which will be hosted in Mount Falcon Estate and Ashford Castle, Mayo, Ireland in June 2022.

Six months into the Biden-Harris Administration, we have already seen great strides being made to rebuild and strengthen the relationships between the island of Ireland, the EU, and the US.

The summit brought together a global audience of business executives, political leaders, economists, and media to host productive and informative conversations around the impact of stronger US-Ireland relations and examine how these will act as a catalyst for opportunities on both sides of the Atlantic.

Find out more about the 2021 US Ireland Summit at usirelandsummit.com.

The distinguished speakers reflected upon the progress made to date, and the work to be done going forward in a number of key areas, including;

- Solidifying Ireland’s unique position as a global bridge between the US, Europe, and the Rest of the World

- How leadership are addressing global issues such as diversity and climate, that will impact the next generation of leaders

- Ambassador Daniel Mulhall, Ambassador of Ireland to the United States

- Frances Fitzgerald, Member of the European Parliament and Vice President of the EPP Group

A special report will be published alongside the inaugural US-Ireland Summit, both in print as a collector’s glossy magazine and digitally as an interactive digital publication.

The report will feature the key themes from the Summit, as well as presenting in-depth interviews with some of the main business and political contributors from the event. 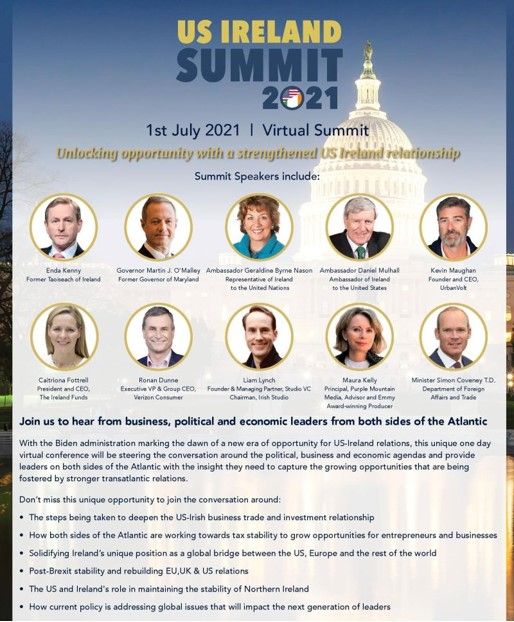