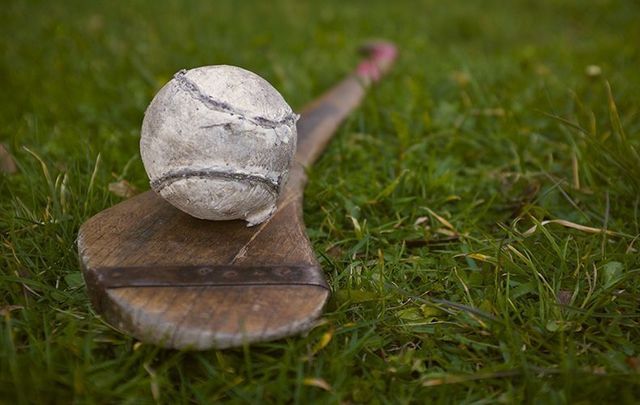 A round-up of the GAA news in Ireland over the past week. Getty Images

A round-up of GAA news in Ireland over the past week.

Derry boss Rory Gallagher wasn’t in the least surprised by his team’s 12 point victory, 0-21 to 1-6, in the Allianz NFL Division 3 final at Croke Park on Sunday against an Offaly side who will open their Leinster Championship campaign against Louth in Navan this Sunday.

“I’d be very pleased with the attitude and commitment to each other,” Gallagher, whose side will meet the winners of this Sunday’s game between Down and Donegal in the Ulster SFC.

“There were moments when I felt we just took wrong options and, call it what you want, we were a bit selfish on the ball, which I wouldn’t be happy with whatsoever.

“It’s good to win at Croke Park, good to play well, but there’s a but -- we won the game by 12 points but we should have won by a hell of a lot more. It’s not unlucky when you miss some chances, and we’ve worked on that. I feel we have a lot of potential in the team and I just want more from them.

“We want to be one of the top teams in Ulster and in the country. I expect us to be a wee bit better than we are, that’s a sign of the potential of the team. But we had to prove that we were good enough to get out of Division 3.

“We were thinking of the Ulster Championship after the first league game. We felt, the way we came out of the blocks it was going to take a very unlikely series of events for us not to be promoted.

“We were good enough to come out the other side. So our eyes have been on Down and Donegal.”

Offaly manager John Maughan had no issue with the outcome of the match, eight days before their championship bow in Navan this Sunday.

“We always felt it would be good preparation going into the Louth championship game,” said Maughan. “They’re a little bit despondent, heads are down a little bit in the dressing room, but they’ll be fine.

“That was a bonus game for us, we didn’t anticipate it would go ahead this day last week so they were excited last Sunday morning when I told them the game was going ahead. So I have no regrets whatsoever.

“We struggled all over the pitch, to be quite honest with you. Derry are very formidable. They are way advanced in their experience, expertise, the physicality of their midfield, they have a lot of top-class performers.”

Meath legend Bernard Flynn has quit his role as manager of the county under-20 footballers after a dispute over access to members of the senior squad preparing for the Leinster Championship.

In a statement issued to the Meath Chronicle, Flynn explained, “I undertook to accept the role of managing and developing the Meath under-20 squad based on a verbal and written agreement that the senior players would be released for championship, an issue that has caused difficulties for previous management.

“Confirmation was received today that this agreement, which is underpinned by a signed charter, including a commitment from the Chairman Coiste an Mi and the senior manager, will not be honored therefore making the position of the under-20 manager, and my backroom team, untenable.

“Having put heart and soul into working with such a great group of guys, against a backdrop of the Covid pandemic, it is with a heavy heart and much regret that I have resigned as manager.

“At the heart of this decision is the best interest of Meath football, something I have stressed since the outset of agreeing to take on this role, and I feel that my integrity would be called into question in following any other course of action.”

All-Ireland champions Kilkenny completed the double on Sunday night with a 1-18 to 1-15 win over Galway in the Littlewoods Ireland Camogie League Division 1 final at Croke Park.

Down by three points at the break, Kilkenny got their act together in the second half and finally pulled away in added time as points from Steffi Fitzgerald, Denise Gaule, and Mary O’Connell proved decisive.

“Whenever you get to Croke Park and there’s silverware up for grabs, of course you want to win,” said O’Connell after the game. “It’s a great feeling, we’ll enjoy it for a few days, then reset and focus on the championship again.

“The more you can get the better. Sometimes it can be a long time coming. Galway are unbelievable. They were up by three points at half-time. They threw everything at us in the second half as well but fortunately, we were on top at the final whistle.”

Kerry begin their Munster SFC quest with a home quarterfinal game against Clare in Killarney this Saturday evening, and manager Peter Keane wants the GAA to protect his players and stick with the seven substitutions rule introduced during the Covid-19 lockdown when hurling first returned with a short prep time.

The GAA have yet to confirm how many subs can be used in the championships which begin this weekend. “I think the GAA did a great move for the league when they went to seven substitutes,” said Keane.

“I would certainly think they need to go back to seven substitutes for the championship, purely from a player welfare point of view, being able to look after fellas and get fellas out.

“It seems to be mostly soft tissue injuries and muscle injuries that are predominantly the issue. It’s imperative for the welfare of the players that they retain the seven substitutes.”

Patrick Horgan topped the scoring charts in the Allianz National Hurling League this season with three goals and 42 points, but the Cork hero would still prefer a return to the traditional white sliotar when the championship kicks-off in the coming weeks.

The ace forward told the Evening Echo website, “I would say the scoring actually has decreased, especially with the yellow ball. It’s not that it doesn’t travel, it just doesn’t travel really consistently. I’m not sure how they’re made or anything like that, but they’re not made the same as the white one anyway, that’s for sure.

“It’s near enough to the same distance-wise but I don’t feel the yellow ball, it just doesn’t come off the hurley that sweetly. I don’t know, there’s a bad sound off of them or whatever, but they’re definitely not the same and the white one was a far better ball.”

Cork have been dealt a major blow ahead of the 2021 Munster SFC Championship after 2010 All-Ireland winner Ciaran Sheehan was forced to retire due to a long-term knee injury. Sheehan, 30, said,  “My knee has got to the point where competing at inter-county level intensity is no longer an option as the long-term health of the knee is at high risk if I continue to play at that level.” . . .

Mayo have confirmed that star attacker Cillian O’Connor has suffered an Achilles tendon injury that requires surgery and leaves him a serious doubt for the Connacht SFC.