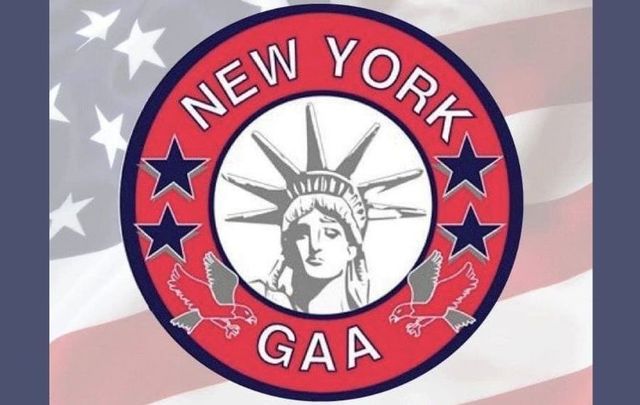 A roundup of New York's Gaelic Games news from the last week.

This junior A championship clash was a keenly and closely contested affair between these two American-born squads where defenses dominated and a little animus simmered at times.

A goal scored, a goal saved and a few missed frees was the tipping point that swung the outcome Barnabas’s way. The Bronx boys started well as Mikey Brosnan slotted over a point. Dylan Curran added to the tally to culminate a good movement involving Peter Cronin and Shane Brosnan.

Robert Corridan got the Gaels on the board, and two fine frees from marksman Fiachra McDonagh had them ahead at the water break.

Stalemate didn’t last long as Brosnan landed a great long range effort and Tiernan Mathers rushed in to blast a Ray O’Connor -- the outlier in the squad -- rebound effort to the net.

On a counter attack, a Gaels’s shot looked to be net bound, but Jack Dennis saved superbly at the expense of a “45” which McDonagh coolly sent over.

At the other end good support work by O’Connor set the scene for another Brosnan point. McDonagh’s place kicking was keeping the Gaels in the game as he punished for an infringement on the speedy Rory Duggan, and also hit over another “45”.

Caolan Mathers finished the scoring for the first half to leave his team ahead by 1-5 to 0-6.

On resumption Duggan produced the best score of the game as he travelled most of the field at awesome speed to land an exhilarating point. This youngster is certainly one of the most exciting and explosive players on the GAA horizon.

McDonagh levelled up with a pointed free but Brosnan pushed his team ahead with another free. Duggan’s blistering speed was impeded again leaving McDonagh to point the resultant free.

A crucial interception saw Brosnan put Barnabas back in front at the last water break. The issue was sealed in the last quarter as Conor Mathers pointed after a vignette of a great individual skill, while Dion Norney showed versatility to good effect, as first he landed a point and picked out Conor Mathers with a great pass for the final score.

The Gaels had chances, but the efforts were short or outside of the posts as Cronin, Curran and company applied plenty of pressure.

Man of the Match: Jack Dennis.

Though Leitrim opened the scoring in this western duel with a Donal Casey point, they were forced to play second fiddle for much of the game.

Shane Slattery patrolled the square area like a personal fiefdom as he was an ideal target man and sharpshooter. By the first water break Mayo had four points on the board, a brace from Slattery, and singles from Tom Conway and Damien Dolan.  Keeper O’Hora had also been well-tested; Leitrim’s danger man Ruairi O’Caoileain had their other point.

After hydration, a powerful run by former Mayo star Tom Cunniffe put Mayo firmly in the driving seat as he set up David Ponds for a goal. Marcus Hannick hit over a point while points from Casey and O’Caoileain had Leitrim trailing by 1-5 to 0-4 at the short whistle.

On resumption O’Caoileain landed a spectacular point before Slattery had two points from play and one from a free. However Leitrim’s chances got a boost when Sean Kelly was awarded a penalty, as he was swung around by the neck as he went for a goal.

This was not just a textbook example of a blatantly cynical foul, but was also downright dangerous where a black card should have been issued. Inexplicably, the referee brandished an innocuous yellow card.

Meanwhile, Mayo went back to scoring as Eddie Hogan rose highest to punch over a high ball and Slattery scored another free before another officiating error occurred.  A player was floored from the result of a blatant full frontal charge which the referee failed to see or chose to ignore.

Naturally bad decisions or no decisions become the catalyst for retaliation, and of course that’s what happened. A red card was duly handed out to the player who retaliated, while the perpetrator of the dangerous hit remained scot free. Granted refereeing is a challenging and thankless task but player safety and justice are paramount.

Clare bests Tipp in 2nd half

This was an exciting and entertaining junior hurling clash with proceedings fairly even for the first half. Joey Grace got Tipp on the board with a brace but Paidi Brady answered in kind for the Banner Boys. Indeed as the game evolved Brady would enhance his stature and stats with a series of superb scores.

Meanwhile, Charlie McLoughlin forced a great save from keeper Loughnane before he was forced to retire injured as a result of a vicious and violent swing. The victim required medical attention while the villain was summarily dispatched to the sideline.

Both sides traded points before the first water break, Grace with a free and Seanie Dilger from play. After hydration Grace and Dilger exchanged points before Tipp went ahead on the back of points from Grace and sub Paul Cannon.

However, Clare finished the period strongly with a superb point from Kenny McNamara and Aidan Lang to be all square at the short whistle.

On resumption both had a brace. Kyle Creamer and Paul Cannon were on the mark for Tipp, while Brady and Dilger replied for the Banner. For the remainder of the quarter Clare opened up a five point lead with Brady (two), McNamara, Dilger and Gary Mulligan hitting the target.

After hydration Tipp staged a brief revival as Creamer and Jack Nolan hit points before a grass-cutting sizzler from Creamer came agonizingly close to the posts. The revival was quickly stalled with a Banner goal, though not exactly of the sizzler type, as it was eventually scrambled over the goal line with Keith Grogan being given the accolade for the major strike.

Dilger added another minor, but Tipp’s Creamer finished with a major but it was too late to alter the flow of proceedings. Overall a good team performance by Clare with plenty of help from the bench too.

Man of the Match: Paidi Brady.

Monaghan played their best football in the opening quarter and opened the scoring with a great individual effort from Reece Traenor. Indeed the corner forward would land another before Cork’s Pa Glynn struck a goal to finish a field-sweeping five player movement.

Tom Joe Sullivan sent over a point before veteran Bonnie Duffy latched on to a long delivery from Paul Lambe to blast over a point. Alan Raftery added two points to have the Rebels ahead by 1-3 to 0-3 at the water break.

Cork would double their score in the second  quarter as midfielders Rafferty and McCullagh were astutely charting the Rebels’ course as Niall Judge would goal as Raftery (two) and Tom Joe had the other minor while Monaghan’s Lambe, Ahmed, Quirke, Heslin and company were limited to damage control.

There was no respite or relaxation for Monaghan in the second half as Cork introduced Donagh Sullivan, and this forward gave an exhibition of scoring with his lethal left foot. Of course he had good supply lines in Raftery and McCullagh from out the field, while in close he had a good supporting cast in Judge, Sheedy, the Pa duo and Tom Joe.

Man of the Match: Alan Raftery.

*This report first appeared in the June 23 edition of the weekly Irish Voice newspaper, sister publication to IrishCentral.