Plus: NHL Crown Up in the Air and Meath’s Fury Over ‘Spit.' 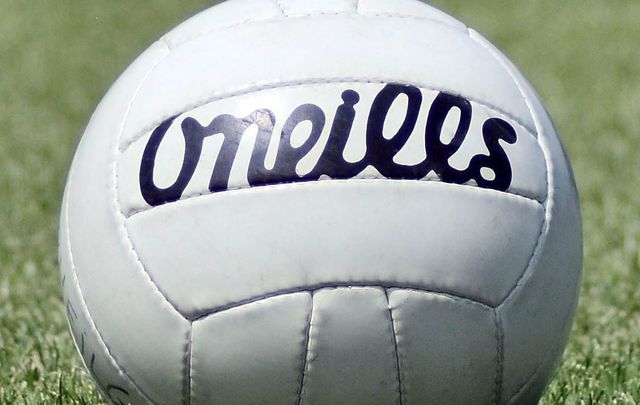 A roundup of GAA news in Ireland from the past week.

The Allianz National Football League Division 1 title race ended in a bit of a farce thanks to Covid as Dublin and Kerry shared the honors following their respective wins over Donegal and Tyrone at the weekend.

Dublin were better than their 1-18 to 1-14 win over Donegal at Breffni Park in Cavan suggests, while Kerry were full value for their emphatic 6-15 to 1-14 victory over Tyrone in Killarney.

Those results and the proximity of the provincial championships mean Dublin and Kerry will share the league title for 2021, a fact that doesn’t sit that easily with interim Dubs boss Mick Galvin who will shortly hand the reins back to the suspended Dessie Farrell.

“It’s probably not satisfactory for everyone to be honest, for Declan Bonner the Donegal manager or ourselves with games coming up. I think we would have enjoyed the league final,” said Galvin.

“The semifinal should lead to a final but unfortunately we didn’t get there but it’s a different season, it’s a condensed season so we’re just happy where we’re at.”

Asked about handing back to Farrell ahead of the Leinster Championship, Galvin added, “It’s been difficult but it’s a very player-driven group and we’ve had great help from all our backroom staff. Our job is just to keep everything plain sailing until Dessie comes back and I think we’re in a reasonably good place after the league.”

In typical cute Kerry fashion, Kingdom boss Peter Keane tried to play down the significance of his team’s whopping 6-15 to 1-14 win over Tyrone in their Division 1 semifinal at Fitzgerald Stadium as he insisted he is only interested in the upcoming Munster SFC opener against Clare.

Speaking to the media afterward, Keane stressed, “The hope is that we’ve come out of it injury-free which is really what we have been looking for. Two weeks’ time we’ve Clare -- that has always been the target, to be ready here for this day fortnight to play Clare. And hopefully, we are injury-free from it.

“There will probably be a lot of talk after the game, by virtue of the fact there was goals there, but if you took the goals out of the game there wasn’t a whole pile in the scoreboard at the end of it.”

Tyrone were well beaten as two goals from Paul Geaney helped Kerry secure the win that sees them share the Division 1 crown with arch rivals Dublin – and Red Hand joint boss Brian Dooher was left to sweat over an injury to rising star Darragh Canavan as well as the nature of the defeat.

“It definitely was a bit of a beating, I don’t think you can say anything else,” said Dooher. “It was as bad as a beating as you’d want to take. But you have to hold your hands up to Kerry. They were awesome. I don’t think we are as bad as that but we definitely have a lot of work to do over the next three or four weeks to be ready for the championship.

“Kerry hit us really hard at the start and we just seemed to be shell-shocked. We never really got our foot in the game after that.”

Young Canavan picked up an ankle injury that could rule him out of the Ulster Championship.

“It definitely is a big worry. Darragh is one of our key players,” admitted Dooher.

“Hopefully, we’ll see what the outcome is and what the diagnosis is, and whatever treatment he’ll need to get.”

The real action on the final weekend of Division 1 fare was at the other end of the table as Armagh and Monaghan condemned Roscommon and Galway to Division 2 football next season in the relegation playoffs.

Armagh were 1-17 to 0-11 winners over Roscommon at the Athletic Grounds, Oisin O’Neill getting the only goal of the game against a Rossies side relegated three times now in the last five years.

Orchard County manager Kieran McGeeney told RTE, “We controlled the game very well. Coming into it the game we were talking among ourselves and we felt that we gave a good enough account of ourselves in the league.

“Scoring difference had been the difference between us going for a potential final and heading for the relegation playoff. So we said we wanted to go out today and give it our best rattle to stay in this division, and we did.”

Well done to the players, management and backroom team after today’s superb performance over Roscommon. Division 1 for 2022 secured. Next up is the Ulster Championship v Antrim in 3 weeks 💪 pic.twitter.com/o8fNmo1vwG

Jack McCarron was the extra-time hero for Monaghan in Clones, his 94th minute pointing proving the difference as the home side sent Galway down with a dramatic 1-21 to 2-17 win after the Farney had trailed by five points in normal time.

With the onlooking Seamus McEnaney suspended, stand-in Monaghan boss David McCague declared, “The main emotion I have at the moment is pride. Pride in the players that they trusted and had confidence in themselves in the clutch moments of the game to execute things that we’ve worked on in training.”

NHL Crown Up in the Air

So you want to know who will win the Allianz NHL Division 1 title in 2021 – sorry, but you’re going to have to wait. It could be Kilkenny, despite their defeat in Clare on Saturday.

Confused – it’s a Covid hangover, unfortunately. If Kilkenny play Galway in the championship this season then the game will double as the National Hurling League final. If they don’t then the title will be shared between the two giants of the game.

Galway certainly made their championship intentions clear as they came from seven points down to defeat Cork by five, 3-25 to 2-23, at Pairc Ui Chaoimh, a result that augurs well for their Leinster opener against Dublin or Antrim next month.

Tribes boss Shane O’Neill said afterward, “A 12-point turnaround is great. It was six at halftime and then Patrick Horgan put a free over to make it seven, so to win by five in the end was great. I am not too sure that it meant more to Cork than Galway, the first half was a bit loose, but you could see it there in the second half, the lads left absolutely everything on the pitch.”

All-Ireland champions Limerick were far too strong for Westmeath at Cusack Park and left for home with a 3-26 to 0-18 Division 1 Group A win in the bag, while Liam Cahill put one over his native county as Waterford surprised Tipperary by 2-29 to 3-21 at Walsh Park, a game marred by injuries to Deise stars Austin Gleeson, Shane Fives and Conor Prunty before halftime.

“I would be concerned enough: two fellas who don’t go down too easily. Both twists. A twist with Austin’s ankle and Shane Fives pulled something again in his quad which might be a recurring injury. We’ll just have to wait and see as the week progresses,” said Cahill afterwards.

“Everything now is geared towards championship. For every manager, that’s their vision. championship is the real judge. The likes of the performance today won’t really matter if we’re turned over in two weeks’ time.”

Hard luck to our hurlers who were defeated by All-Ireland champions Limerick by 3-26 to 0-18 at TEG Cusack Park this afternoon in Allianz League Division 1 Round 5.
It was great to see supporters back in Mullingar cheering us on 🇶🇦🇶🇦🇶🇦#iarmhiabu#westmeathgaa#maroonandwhitearmy pic.twitter.com/mTuOrw2Ote

Clare did their Championship hopes no harm at all with a 4-20 to 1-25 win against Brian Cody’s Kilkenny at Cusack Park as goals from Tony Kelly (two), David Reidy and Aaron Shanagher either side of halftime secured the victory.

“It’s tough to go away in this league and win matches, we went away to Laois and won, went away to Dublin and won, and then coming back home it was great to get a performance against a real, quality team, we all know how good Kilkenny are,” Clare boss Brian Lohan told eir Sport afterward.

Wexford got back to winning ways with a 0-25 to 1-18 home win against Dublin while Antrim rounded off their impressive league season with a 2-23 to 1-22 victory over Laois at Corrigan Park in Belfast.

Meath manager Andy McEntee accused a Kildare player of spitting at his full-back Conor McGill as a melee broke out towards the end of Sunday’s Allianz NFL Division 2 semifinal in Newbridge which the Lilywhites won by three points, 1-14 to 0-14.

McEntee was fuming after the game and the incident as McGill and substitute Brian Conlon were sent off for striking as all hell broke loose on the pitch, red cards which mean they will likely be suspended for the opening round of the Leinster SFC.

After the game, McEntee told reporters: “Don’t talk to me about the sending off. We had a player who got spat on in the face and he ends up getting sent off so I mean, how many players were involved in that?

“Conor McGill is not a fighter. Somebody spits in your face, what are you going to do? It seems slightly imbalanced to me. But obviously I’m biased.

“And there’s no appealing it, you’re wasting your time appealing. That’s always been my experience. If the referee says he struck, he struck.”

Kildare will be joined in Division 1 next season by Mayo, 2-22 to 2-18 winners over Clare at Cusack Park when a late point from captain Paul Durcan guaranteed the win for the Westerners.