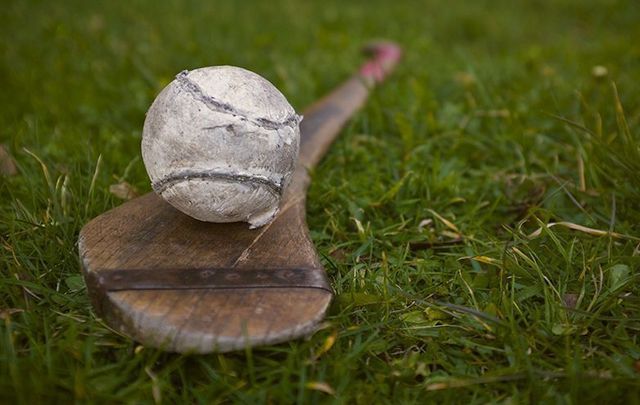 News from the GAA in Ireland this week. Getty Images

A round-up of this week's GAA happenings in Ireland

Galway's frontline won the free scoring Allianz NHL Division 1 Group A in Salthill by 4-28 to 3-23 on Sunday as winning boss Shane O’Neill and Waterford’s Liam Cahill defended the regularity of the scoring on a day when the scoreboard registered 58 returns in total.

The analysts had a field day as the 80 minutes of play also featured 26 wides – so there were 84 shots in total, more than one a minute!  Little wonder those who feel the modern sliotar is too light will be hitting the airwaves again.

They’ll get little change from O’Neill, however, who preferred to point to the skill levels of his players and those they faced in the first real sunshine of the GAA summer last weekend.

“Last week we were giving out we only scored 0-24 and now we score 4-28 and the scores are unattainable,” said O’Neill. “I think just the skill level and the pace of the game, you could see it there, it’s very difficult to be a back man these days because of the space created by everybody else.

“Over the last couple of weeks we were complaining the game isn’t good, then we have a good weekend of it so I actually think it will continue to improve and benefit for the championship.”

Waterford boss Cahill was in total agreement with O’Neill afterwards. He said, “Players now are immensely skillful. People forget that, like, and they’re conditioned, extremely fit athletes, even compared to even three or four or five years ago.  It’s gone to a new level.

“So when you’ve players that have that ability, with one flick of the wrists from 70 yards to put it over the bar from, like you can’t tell them not to go for it. It is as it is.”

As for scoring 3-23 away to Galway and still losing, Cahill added, “That’s true. You’d always think coming up, if someone told me this morning you’d score 3-23, you’d say, ‘Jaysus we’ll get a result up here in Salthill’ which is a tough place to come to.

“But that’s the modern game now. Again, it’s about what happens now at the back end and when you give away four green flags, it just doesn’t  justify the 3-23 or whatever  it was on the board at the other side.”

Limerick were tipped as All-Ireland winners again after their emphatic 0-33 to 2-19 win against Cork in their Division 1 Group A game in the Gaelic Grounds, their first win of the season after defeats to Galway and Waterford and a draw with Tipperary.

Speaking to RTE afterward, manager John Kiely said, “It takes a bit of time. It’s as simple as that. We have tremendous faith in this group of players. We know what they’re capable of. We just have to be patient and give them the chance to get the work done.

“I thought we showed great energy, as much off the ball as on the ball. We were sharper and you could see the couple of weeks work in us. Greater cohesion amongst the players as a group.

“We have seen incremental improvement week from week from the very start. Okay, it wasn’t enough for us to get results up to now, but we’re getting there slowly and we just have to keep our shoulder to the wheel and move forward now over the next couple of weeks.”

Tipperary went on a scoring spree as they thumped Westmeath by 4-27 to 0-16 in their NHL Division 1 Group A game at Cusack Park in Mullingar, the game more a warm-up for the championship summer ahead than anything else as Seamus Callanan made his first appearance of the summer.

Not even a 50th-minute red card for Robert Byrne could threaten to ruin the day for Tipperary, who never looked in any trouble when John McGrath’s goal pushed them 10 points clear after 32 minutes.

With 13 players on the scoresheet for Tipp it was a good day’s work for the Munster contenders according to their manager who still found room for improvement.

Boss Liam Sheedy said afterward, “We showed a great hunger, a good appetite for the game. We weren’t perfect. Our decision making late on was poor at times, and we need to correct that because you’ve got to make the right decision all the time when you have ball in hand.

“I think for the first 17 balls that went in we only retained six of them, and that simply wouldn’t be acceptable at this level. So that’s an area of our game we’ve got to work on, but a lot of the lads are trying to do the right thing and we do remain a work in progress.”

Waterford are next up for the Premier, with Sheedy keen to play down any rivalry with Deise boss and Tipp native Liam Cahill.

“It’s just another game for us. It’s certainly not the two Liams, it’s Tipperary against Waterford and will always be a spirited battle and Walsh Park will hopefully be another day like today with weather conditions good and you’ll get a real feel for the summer,” stressed Sheedy.

“We’d a really good strong week’s work which was probably the most pleasing aspect of this week. It’s about driving on next week.”

Davy Gets Red; Easy for Cats

Davy Fitzgerald was absolutely honest after his dismissal to the stand during his team’s 2-18 to 1-21 draw with the underdogs of Antrim at Corrigan Park on Saturday – by his own admission it wasn’t his first red card and it won’t be his last.

The Wexford guru was banished from the sidelines during the second half of this Allianz NHL Division 1 Group B game after a rather heated verbal exchange with referee Patrick Murphy.

Davy joined his player Matthew O’Hanlon and Neil McManus on the red card list, his demeanor centering around a very animated sideline spat of the verbal variety with opposite number Donal Gleeson before a last gasp point from Keelan Molloy sealed a draw for the hosts.

Fitzgerald said, “I’ve seen various managers go at it toe to toe, that’s the way it goes. I’ve nothing but respect for what Darren Gleeson has done and what he had done in Antrim, but if we’ve to say something to each other we’ll have a go.

“And that’s the way it is, that’s between the two of us. I won’t be talking about it anyway. It isn’t my first time that’s happening and it probably won’t be my last.”

Kilkenny were never under any pressure during their 1-29 to 0-22 win over Laois at Nowlan Park, with manager Brian Cody intent on looking ahead to the championship as the league program reaches an end with the Clare game next week.

“Clare are playing really, really well, they had a bad start to the league but since then they’ve been very strong, they were very strong on Saturday as well,” said Cody after the Laois win.

Clare go into the Kilkenny game on the back of a 0-34 to 2-23 win over Dublin at Parnell Park, Tony Kelly scoring an incredible 20 of those points.

Former Donegal boss Jim McGuinness has confirmed he is in talks with Dundalk about a coaching role at the club but wouldn’t go any further. Speaking at the launch of Sky’s live coverage of Gaelic football and hurling matches this summer, pundit McGuinness said, “I won’t be giving any answers in terms of my own personal (or) private life in terms of any discussions with anybody. We had conversations. I’m still in communication, but other than that there’s nothing to report.” . . .

Offaly are back in the big time after sealing a return to Division 1 of the Allianz NHL next season with a 5-25 to 1-19 win over Down in Birr on Sunday saw them crowned Division 2 champions and gain promotion.