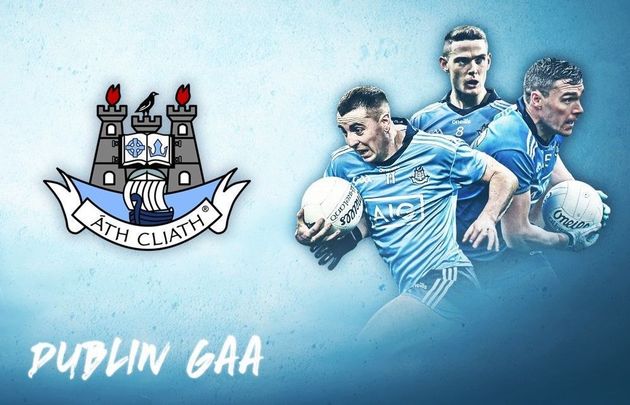 Dublin GAA: Stephen Cluxton was nowhere near Chadwicks Wexford Park as a sluggish Dublin cantered past Wexford with a 0-15 to 0-7 Leinster SFC quarterfinal win. GAA / LinkedIn

A round-up of Gaelic game news from around Ireland including the fact that Stephen Cluxton's absence was felt during Dublin's slow win against Wexford.

Stephen Cluxton was nowhere near Chadwicks Wexford Park as a sluggish Dublin cantered past Wexford with a 0-15 to 0-7 Leinster SFC quarterfinal win on Sunday, and therein lies the tale as the future plans of the Blues captain and goalkeeper dominated the discussion around this game.

Cormac Costello scored seven points, Ciaran Kilkenny impressed again, Dean Rock returned as a late substitute and manager Dessie Farrell was back on the sideline after his three-month suspension but all mattered for little when it came to reports on this game.

Cluxton’s absence and his apparent retirement – still to be confirmed by anyone – were all that mattered as Farrell returned in front of the microphone following his lengthy ban for breaking Covid-19 training protocols.

Not even Farrell seems to have any knowledge of what the legendary Cluxton plans to do next judging by his post-game interview with RTE when he admitted, “I don’t know is the honest answer. Stephen has stepped away, everyone could see he wasn’t with us today.

“I’m sure all the Dublin supporters and admirers of Stephen Cluxton across the country will be hoping that that’s not the last we’ve seen of Stephen Cluxton in a Dublin jersey. But ultimately the decision rests with him and he’s asked for time away. He’s stepped away and he’s playing with his club.  We’ll review it, obviously, as we go.

“We always operate with an open door policy within Dublin football and if Stephen feels that he wants to rejoin and has something to contribute then he’s welcome.”

Farrell did concede that Cluxton has trained with the Dubs of late, but that hasn’t resulted in a return to county action. “Yeah we’ve been in contact and he’s done some sessions with our goalkeeping coach but primarily he’s been with his club and he’s with his club now,” added Farrell.

“He’s just taking time out and I think he deserves that time and we should all respect his time and space on this one. He hasn’t retired and I think we can state that categorically and as I say, the decision rests with Stephen now.

“For now we’re just going to drive on with a number of young players who are doing really well and we need to just keep the show on the road.”

Cluxton’s absence prompted much debate on The Sunday Game, with Meath legend Colm O’Rourke and Kerry great Tomas O Se puzzled by the ongoing saga and critical of the goalkeeper’s public indecision.

O’Rourke said, “The championship campaign is finished in eight weeks. Cluxton has been there for 20 years. Does anyone know him? Has he ever given an interview or a comment? He has always been the man of mystery in a lot of respects and he remains that. He has inspired a new wave of goalkeepers – Rory Beggan, Shaun Patton.

“I find the whole thing strange. You would think that he would let the management know where he stands. Where does Evan Comerford stand in all of this? Pat Reilly, the famous basketball coach, said that when it comes to commitment you’re either in or out. There’s no in between.

“I think Dessie Farrell is put in a very invidious position. I’m quite surprised that Cluxton hasn’t made it clear, ‘I’m coming back at some stage or I’m not coming back.’  It would be much fairer to Comerford if he said that.”

Kingdom star O Se added, “I think it’s fascinating that Farrell doesn’t know one way or the other. One side of me is saying, ‘Cluxton is a legend, he has been there so long and given so much to Dublin – he’s entitled to his break.’

“The other side of me is saying, ‘Tell him (Farrell) if you’re retired. If you’re finished just say it.’ Dublin are going to be answering questions about this, there’s no closure. He owes Dublin nothing, you’d need a full show to give him justice on what he’s achieved. But we’re in the middle of a championship.

“If he’s going to go, just tell the management. They can tell everybody else because he doesn’t talk to the media. Give the team and the management a bit of respect.”

Referee James Owens has been at the center of headlines all week after his decision to send Clare’s Aidan McCarthy to the sin-bin for a foul on Jake Morris and award Tipperary a penalty early in the second half of their 3-23 to 2-22 Munster SHC semifinal made national headlines.

Clare were incensed by the decision which they claimed cost them the game while Tipperary manager Liam Sheedy had sympathy for their cause. Lohan blasted, “I don’t know where the referee got his interpretation. I’d say the only man that saw a goal scoring opportunity out of that was Owens. Aidan, I thought, went for the ball. Mistimed the tackle but how he called a penalty and sent one of our men off, just very frustrated with it.

“2-4 to two points in favor of Tipperary was the score in that period of time. Just very frustrated with it, our lads don’t deserve that. They trained hard, trained well, came down and gave their all and just so disgusted with that decision.

“It’s not the first time that James Owens has been involved in a decision like that. I don’t want any explanation from him, to be honest with you. It gives me no pleasure or gives anyone here no pleasure to see a referee booed off the field at the end of a game, but it is his own fault.

“We came here to play well, we trained hard and worked hard over the whole winter to try and get ourselves in shape but to be hit with a sucker-punch like that is just very frustrating. I have no problem with the rule but we expect the referee would be able to interpret the rule properly.”

Winning boss Sheedy could see merit in the Clare complaints.

“I think with the new rule inside the 21 is the danger zone. If you’re at risk…it’s a fine area. I know there’s going to be a lot of arguments as to whether it should be or shouldn’t be, was there another player back, was there not?” asked Sheedy.

“Look, we got the break today, we got the penalty and no better man than Jason Forde to stand up and put it in the back of the net. In fairness, I think the referees over the weekend have done a fine job overall in officiating matches. This game is moving at pace, it’s not an easy thing to do. And there’s great credit due to anyone who steps out into the middle of it.”

Dublin produced the first big shock of the hurling summer with a 1-18 to 1-14 win over Galway in Saturday’s Leinster SHC semifinal at Croke Park, a game James Madden starred in just a day after attending his father Noel’s funeral.

The four point win was no more than Dublin deserved, and manager Mattie Kenny was particularly keen to praise Madden for his commitment afterwards when he spoke to RTE Sport.

“Not only is he a top hurler but he’s a top, top person as well.  It was James’ decision. I talked to James a couple of days ago and he said his Dad, Noel, would have wanted him to play. You can’t get too emotional when you’re playing hurling. But with James, I’m sure there’s a lot of emotion now and a lot of emotion after the game,” said Kenny.

“He put in a really top performance today in difficult circumstances.”

Madden was one of the defensive stalwarts as Dublin booked a return to the Leinster final.

“We set up very, very defensively, we had to,” explained Kenny. “We were playing a top, top Galway team who carry a lot of attacking threat. They did threaten our goal a lot of times.

“We stayed defensively solid and we stuck to the process and we kept coming out with that ball. We used the ball well, kept the scoreboard ticking and worked some really good scores. As well as that passion and hunger, we also showed a lot of control in what we did out there today.”

A lack of sharpness in front of goal cost Galway. “We went to win the game today to get into the Leinster final, it didn’t happen. We’re out of that competition, we’re in the All-Ireland series. We’ll have to dust ourselves down and go for that,” said manager Shane O’Neill.

“The pleasing thing from our point of view is that we created a good number of scoring chances more than Dublin. But it was just one of those days when they weren’t quite taken. That can happen for whatever reason. If we weren’t creating chances, it would be a lot more worrying.”

Darren Hughes and Conor McManus picked up injuries as Monaghan skipped past Fermanagh with a 1-21 to 0-14 win in their Ulster SFC quarterfinal in Clones on Saturday.

“Look it, both of them are too early to tell really, but they would both be sources of concern,” said Monaghan selector David McCague afterwards. “Both were impact injuries, both of them were really heavy injuries and there is a bit of swelling with both players at the moment. I see Conor on crutches in there. So that’s going to be a real concern to see how it manifests itself and how serious it is.”

*This report first appeared in the July 7 edition of the weekly Irish Voice newspaper, sister publication to IrishCentral.