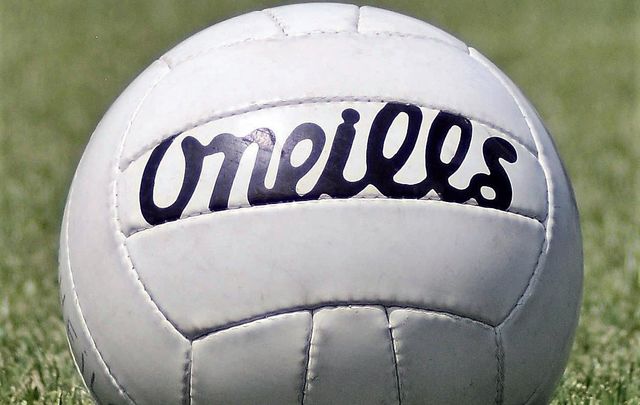 GAA news and scores from around Ireland this week. Creative Commons

GAA news from around Ireland this past week.

Kerry boss Peter Keane thought of those at home mourning loved ones as his team debated the merits of a 1-19 to 1-8 dethronement of Munster SFC champions Tipperary in Semple Stadium on Saturday.

Speaking to Sky Sports after the game that sealed a provincial decider date with Cork, Keane said, “This week we’ve just had has been very tough in Kerry. There was a young man who lost his life in a motorbike accident late on Tuesday night, we just heard about it when we were leaving the field. A young man from Killorglin called Jimmy O’Connor.

“We buried a great Kerry GAA gael Vincent Harty yesterday and this morning, there was a young man, 14 years of age, who plays for the Beaufort GAA club, Thomas Healy and he was laid to rest in Beaufort.

“This was a very difficult week. And I would hope that by our performance tonight, that we have brought some joy to the people of Kerry that didn’t get the opportunity to come up here but were able to watch it on television or listen to it on the radio, or the people that came here. So that is what is ultimately most important, that sense of community and that togetherness.”

Kerry beat Tipp by 11 points on Saturday and moved the scoring difference to +43 in their favor in their last three games.

“I’m running out of fingers!” joked Keane. “Forty-three… look, it is what it is. You want scores.  Twenty scores is generally in and around the numbers you want to be getting and obviously conceding less, which we’re happy with, the work-rate from the boys up front and the boys behind.

Munster champions for less than a year, Tipperary boss David Power appealed to the GAA to launch a new look championship after his team’s season ended on Saturday.

“I’m not sure is it option A or option B where the provincial championship is played on a round-robin basis, and that you’re based on your league – and I know I’m killing myself saying that because we’re in Division 4 next year – but that’s five, possibly six games in Munster, then you’ve another seven games. That’s what we need,” said Power.

“Players want to play games. and that’s what it’s about at the end of the day. For us, having three league matches, then a relegation match, then this – five matches. For all the preparation, I don’t know do people realize the dedication and the effort players put into it. It’s incredible.”

Paddy McBrearty broke Derry hearts when he finally turned the style on with almost the final kick of the game, his wonderfully crafted point securing a 0-16 to 0-15 Ulster SFC win for Donegal just when the game looked headed for extra time at Ballybofey.

As Michael Murphy got another 30 minutes into his injured legs, it was fellow old timer McBrearty who turned the magic on for Declan Bonner’s side just when they needed it.

Bonner admitted, “There is no doubt, he was well marshaled and that by the Derry defense but, when you have Patrick McBrearty, he has the confidence in himself. Doesn’t matter how well he was playing, he was taking that shot on and it was a brilliant score.

“We knew this would be a battle. We had spoken about it going down to the wire to be honest. We knew what Derry was going to bring and they brought it in abundance.”

Bonner was quick to defend his players and their character when he addressed the media after game.

“It’s been thrown at this group about character and when we come down the winning straight that we are fairly brittle. But that’s not the case. There is great character in this group, and we had shown in throughout the National League campaign, coming from big deficits and today was no different to be quite honest,” said Bonner.

Asked about Murphy’s 30-minute cameo, Bonner stated, “Listen, he was passed fit for the Down game and he came out after 30 minutes, so we got another 30 minutes into him today and that was important for us to be quite honest.

Donegal will now play Tyrone in the Ulster semifinal. For Derry, the summer is over thanks to McBrearty.

“Bitterly disappointed, so I am,” said their manager Rory Gallagher. “It was a big ask to come here but I thought we were good enough to win. We feel we are capable of being an Ulster heavyweight but we came out the wrong side of it.

“It is very difficult to just rock up and to be a team.”

It hasn’t gone away you know, and don’t Mayo know it as a Covid-19 “situation” within their camp disrupted their preparations for Sunday’s Connacht SFC semifinal, not that it was really all that noticeable as they romped to a 5-20 to 0-11 win at MacHale Park in Castlebar.

Only eight of the team that played in the All-Ireland final defeat to Dublin late last year started Sunday’s game due to Covid issues around a number of unnamed players, with manager James Horan bemoaning the lack of normality when he spoke to RTE Sport afterward.

Horan admitted, “It was very different to what you’d normally have for a Connacht semifinal. It was very challenging for the players but they were amazing. They had to go through some testing regimes but they were excellent. They dropped whatever they were doing to make sure we followed HSE guidelines. You saw their focus when they came out on the field today.”

Two Darren McHale goals and a third from Darren Coen ensured this game was over by halftime, further goals from Ryan O’Donoghue and Tommy Conroy guaranteeing the 24 point win against an outclassed Leitrim side.

“We prepare as well as we can, regardless of the opposition or competition,” add Horan when quizzed on the lack of competition. “We try to start the game right and we’ve done that now consistently for a while. I thought it was a solid opening quarter where we built up a six or seven point lead, and then got a goal towards the end of it.

“We just keep trying to do the right things during a game and where the score ends up, it ends up. You can’t really do anything about it, the opposition.”

Cathal McShane was delighted to be back on the pitch for the first time in almost two years with a second half substitute appearance as Tyrone saw off champions Cavan by 1-18 to 0-13 in the Ulster SFC quarterfinal at Healy Park on Saturday.

Donegal are next up for the Red Hand in the last four, with McShane happy to be back in contention for a starting role after scoring three points in 23 minutes on his comeback from serious injury.

“It’s just good to be back playing, a good win there. That’s what it was all about today, just getting over the line,” McShane said.

“We’ve had a mixed league campaign so just get over the line today and hopefully the season takes off.

“The boys have backed me all the way, I’ve had so much good support. I believe it’s 503 days since my game, it’s just so good to be back out there playing and pulling on the jersey for Tyrone.”

The Cork forwards will need to improve their scoring ratio if they are to trouble Kerry in the Munster SFC final if their 1-16 to 0-11 win over Limerick in Saturday’s semifinal was anything to go by.

Just one Cork forward scored in the opening 67 minutes but manager Ronan McCarthy wasn’t overly worried by their poor return.

“I don’t get too bogged down in that,” said McCarthy when asked about the stats.

“You go back to the Westmeath match where we scored 22 points and nearly everybody in the team scored. Is that better than today? No.

“We still put up 17 scores and, if we were a bit more clinical and ruthless, we could have put up more. We could have finished the game with 20 scores, maybe 21. We did the job and we are in the final.”

*This report first appeared in the July 14 edition of the weekly Irish Voice newspaper, sister publication to IrishCentral.