The GAA confirmed that it will open the doors of its Croke Park headquarters in Dublin again to Muslims for their celebration of Eid Al Adh. 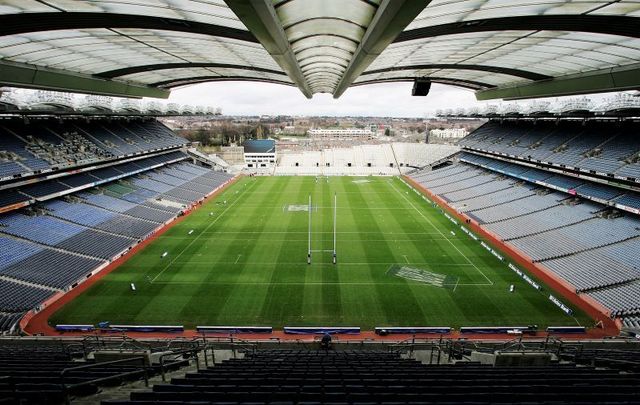 Ireland's Gaelic Athletic Association (GAA) said on Monday that it was pleased to announce that its headquarters at Croke Park will host the Muslim celebration of Eid Al Adha on July 20.

The announcement comes after a successful first event in July 2020, but amidst some current restrictions on religious gatherings.

The #GAA is pleased to announce that for the second year running Croke Park will host the Muslim celebration of Eid Al Adha on Tuesday 20th July 2021. #GAABelong

As per the Irish government's latest restrictions on religious services, in-person religious services are permitted with protective measures with a maximum attendance of 50 people. However, where the size of the premises allows for a capacity of greater than 50 people, an event may be held as long as certain guidelines are adhered to.

GAA President Larry McCarthy welcomed the announcement, saying: “With Croke Park out of commission for games for long periods last year, it was wonderful to be able to host the celebration of Eid Al Adha in our stadium.

“We are all delighted to have our games back with some supporters in attendance, and we are also very pleased to be able to host the 2021 Eid celebration.

“The event was a huge success and symbolized our ongoing efforts to foster inclusion and diversity throughout the community.

“We extend a warm welcome to those who will be in attendance and look forward to working with Dr. Umar Al-Qadri and his colleagues in the planning of the event.”

Dr. Shaykh Umar Al-Qadri, the chairperson of the Irish Muslim Peace and Integration Council (IMPIC), said on behalf of the event's organizers: “I am delighted that the Gaelic Athletic Association and the team at Croke Park have once again provided us with the opportunity to gather as a community in Croke Park to celebrate the occasion of Eid al-Adha.

“The media coverage of last year's event was well-received around the globe, generating huge goodwill for the GAA and Irish society wherever it reached.

“This year's event will build on that, strengthening the relations between the Irish Muslim Peace & Integration Council and the GAA as we remember that we are stronger together, and we must all emulate the GAA's example in providing spaces and places ‘Where We All Belong’.”

Prior to last year's event, Dr. Umar Al-Qadri was forced to confront a widespread but false report from TheLiberal.ie that claimed that the event at Croke Park would include a "Muslim large blood sacrifice ritual” and that the “pitch of Ireland’s largest stadium will soon be saturated in the blood of terrified animals."

TheLiberal.ie amended their article, and said they received the information "from a source within The Alliance of Former Muslims Ireland."

Responding to the claims initially published by TheLiberal.ie, Dr. Umar Al-Qadri told The Journal: “It is absolutely a lie and false. It has no truth."

Muslims “do consume meat, we do sacrifice animals on the day of Eid," but this would not be taking place at Croke Park, Dr. Umar Al-Qadri said.

Dr. Umar Al-Qadri explained that the slaughter of animals for Eid Al Adha can have a charitable element, with Muslims donating the cost of an animal that is slaughtered and then given to poorer families.

While I was in #CrokePark for #EidAlAdha this morning to mark history, I had to pick up the hurling stick and try it out with Abood aka Bonnar Ó’Loingsigh.