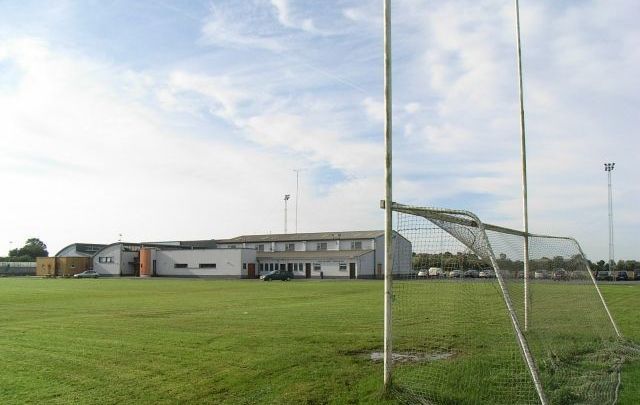 GAA: "Revenge and history were to the fore for Kingdom fans as Kerry avenged their November thumping against Cork last year." CC

A roundup of Gaelic game news this week from around Ireland.

Sweet win for Kerry over Cork

Revenge and history were to the fore for Kingdom fans as Kerry avenged their November thumping against Cork last year to record their biggest ever Munster final win over the Rebels, 4-22 to 1-9, at Fitzgerald Stadium on Sunday.

There was literally no living with the Kerry forwards as far as Cork were concerned, the four-goal haul just the icing on the cake for Peter Keane’s team as they demolished the Reds’ defense either side of halftime.

A brilliant solo run and goal from Brian O Beaglaoich in the 37th minute was the spark that Kerry needed on a blistering hot day in Killarney as he shot his team into a 1-12 to 1-7 lead.  Green flags from Paul Geaney and Sean O’Shea confirmed the ascendancy before Geaney’s second goal in the 48th minute killed the match as a contest.

Veteran midfielder David Moran lauded Kerry’s togetherness on and off the pitch afterward and confessed last year’s result in Cork was a factor on Sunday.

“It was definitely something that was on our minds,” said Moran. “But I don’t think you’re going to win a Munster championship having that. I’m sure they had their own disappointment after the Tipperary game. It was something we wanted to draw on. But you’re going to draw on anything that you think will give you an edge.”

Kerry boss Keane referenced their slow start afterward when he said, “Our tackling was poor and we were off the pace, but we were confident our fitness would win out and we’d wear that game down. We had a good day today. The scoreboard turned nicely for us. It didn’t last year, and you take it when it comes.

“You don’t have time to sit down and think about today. For us, it is about preparing for an All-Ireland semifinal in three weeks’ time.”

Cork boss Ronan McCarthy, uninterested in talking about his own future as his three-year stint came to an end with this crushing defeat, urged his players to learn from the bitter experience less than eight months after they caught Kerry cold on Leeside.

“It’s a setback. You lose by two or 20, you lose and that’s it. Someone said last week a gallant defeat is still a defeat. It’s a setback,” he said. “Even when we were scoring, they were getting the ball out very easily, I’d be very disappointed about that.

“I felt we should have had four or five points more on the board at the break. Instead of putting on scores in our end, we ended up conceding. You turn the ball over here and you pay for it.”

This was a game of two halves for winners Mayo and losers Galway, a game of contrasting performances on either side of the break as the Green and Red recovered like men of war to win the game by 2-14 to 2-8 and their 48th Connacht SFC title in a fixture moved to Croke Park to get all of 18,000 fans inside the gate.

Those of a Galway persuasion were happy at halftime, happy in the knowledge that their team were 2-5 to 0-6 to the good after goals from Shane Walsh and Damien Comer made the most of a disjointed Mayo effort in that opening period.

But two incidents stood out afterwards – the Galway manager Padraic Joyce was left fuming when no action was taken after an off the ball tackle on goal scorer Walsh left him in need of a pain-killing injection in the dressing room. By the time they got there, a melee had broken out in the tunnel but again nothing happened as far as the referee was concerned.

The GAA confirmed on Monday that the shemozzle will be investigated, but that will be of scant reward for Galway who were beaten all over the pitch as Mayo resumed with all guns blazing, held their opponents scoreless in the third quarter and eventually won comfortably with six points to spare, their goals coming from a 37th minute Ryan O’Donoghue penalty and a 67th-minute corker from Matthew Ruane.

For Galway boss Joyce, the tackle on Walsh and the failure by the officials to take action was inexcusable as he reflected on a quite remarkable provincial final.

“He hurt his shoulder,” Joyce told the media afterward. “He got dumped to the ground, thrown on the ground and nothing happened. There are seven or eight officials there at the match. I saw what happened but obviously they didn’t see it.

“How someone can’t see what happened is beyond me. But that’s not sour grapes or anything. The man was hurt. He was carrying his shoulder, he got an injection at halftime to try to keep him going. He did his best, he battled on as best he could but he definitely was not in full health in the second half.”

Joyce did admit Mayo were the better team after the break after his side had dominated the opening stages. He added, “The instruction at halftime, we were five points up and probably not playing overly well, probably at 30 or 40 percent of what we could do.”

Mayo boss James Horan stayed away from the halftime melee and praised his team for their second-half display of character when they refused to hit the panic button despite that big deficit.

Horan said, “There wasn’t any panic at halftime. We had a lot of possession in the first half, we just wasted a lot of it, particularly up front, final pass, and some of the shots and options we took we put ourselves under pressure.”

Horan confirmed that full-back Padraig O’Hora picked up a rib injury and is doubtful for Mayo’s All-Ireland SFC semifinal against Dublin or Kildare in two weeks.

Joe Canning entered the history books as hurling’s highest ever championship scorer on Saturday but it was all to no avail as Waterford marched into the All-Ireland quarterfinals after surviving an impressive Galway fightback to record a 1-30 to 3-20 win at Semple Stadium in their Round 2 qualifier.

Canning scored nine points to break Henry Shefflin’s record but not even that tally and two second-half goals from Jason Flynn could deny the Deise a quarterfinal showdown with Tipperary next weekend as Galway fought back gallantly from a 12 point interval deficit.

With 568 points to his Championship tally now, Canning can be proud of his achievement even with the pain of more All-Ireland misery. Galway manager Shane O’Neill said afterward, “It’s a personal accolade and Joe will be the first to say that that will be for many years down the line. An unbelievable achievement but Joe is absolutely devastated like everyone else in that dressing room.”

Waterford’s win was all the more notable considering they were only informed by referee Sean Stack at the start of the second half that Conor Gleeson was to be red-carded for a late challenge on Canning in the final seconds of the opening period.

“It was a massive shock to the system when we were coming out,” Waterford boss Liam Cahill told RTE. “We hadn’t obviously planned for that. Suddenly, you’re down to 14 men, the players are trying to re-jig quickly. It definitely took us a while to get our heads around it but I thought we stemmed it well until the water-break and looked reasonably comfortable.

“But it was energy-sapping in the heat today. Galway, with the extra man, were able to create the overlap and got in for a couple of goals. That’s the way it works.”

Having berated his players after their Munster SHC defeat to Clare in June, Cahill was quick to praise them on Sunday.

“It was a great game of hurling,” he told RTÉ Sport. “It was end to end stuff. I’m really proud of my own lads.

“I know people listening to this or reading it tomorrow will say, ‘Oh, it’s easy for him praise his team when we win and he wasn’t so complimentary after Clare.’ But really what I’m saying is, what I see in those players every night in training is what was seen out there today on the field. That’s why I was so, maybe, irate after the first round of the Munster championship because they weren’t their true selves.

“The players fought for everything today, the pride in that Waterford jersey.”

A thriller in Thurles! Check out the best of the action from @Galway_GAA v @WaterfordGAA here. pic.twitter.com/RI3bGHe3uC

Kieran Kingston nodded in agreement when a reporter asked if he was a relieved man after Cork’s 3-19 to 1-23 win over Clare at the Gaelic Grounds, a victory that sets them up for an All-Ireland SHC quarterfinal against Dublin on Saturday.

A last gasp save by goalkeeper Patrick Collins denied Tony Kelly a certain goal and Clare the win in an enthralling finale to yet another great game of hurling. “The most overriding emotion is relief because that game ebbed and flowed,” admitted Kingston.

“We weren’t sure coming into it just how our guys were going to react. We had had three weeks off, was that going to be a good thing, with the rest would be fresh? Clare had momentum after a very good league campaign and three huge games with two fantastic wins, so we didn’t know if that was going to be too much to deal with.”

Clare boss Brian Lohan was gracious in defeat. “We did a lot of things right. In fairness to Cork, they’re a good team,” Lohan told Sky Sports.

*This report first appeared in the July 28 edition of the weekly Irish Voice newspaper, sister publication to IrishCentral.