GAA roundup: Dublin put to the test by Meath and more 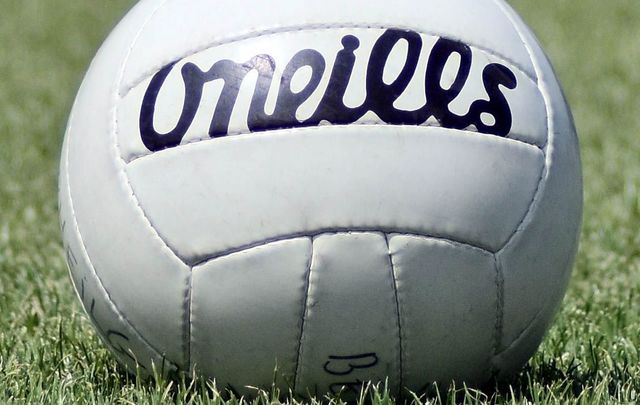 Gaelic Games news, both football and hurling, from across Ireland.

A roundup of Gaelic games news from around Ireland this week.

Dublin put to the test by Meath

Meath were 11 points down at halftime, then produced a comeback of old as they rattled Dublin in the final quarter of their Leinster SFC semifinal at Croke Park on Sunday when a brilliant Matthew Costello goal got them right back into but that was as good as it got for the Anyone But Dublin brigade, Dessie Farrell’s side using all their experience to see out a 2-16 to 1-13 win.

The gutsy Meath comeback has some dreaming of a Dublin downfall this summer, but one issue again dominated the post-match media debate – the ongoing absence of Stephen Cluxton as the Blues begin to show signs of an aging team.

Asked afterward if Cluxton is to return, Farrell said, “No, no development. It’s still as it was. As I said at the time, ultimately the decision for what happens next rests with Stephen. You know him better than I do in many regards. We’re going to give him the time that he needs to make that decision and it’ll be Stephen that determines what the future holds for him.”

Meath won the second half by 1-7 to 0-5 having conceded goals to a Cormac Costello penalty and Con O’Callaghan as they trailed by 2-11 to 0-6 at the break, and Farrell was worried by what transpired.

“We expected Meath to come at us hard. We knew they would so that was no surprise. We still found it difficult to deal with, even though we knew that it was coming.”

Meath manager Andy McEntee was offered some optimism for the future by his team’s performance, but he refused to write off Dublin as All-Ireland favorites after the six-point defeat.

He said, “The second half was fantastic and the effort we gave, but why give a team like Dublin an 11-point lead? You’re not giving yourself much of a chance but the commitment was huge, the execution was good, and the skill level was good. We just left ourselves with a bit much to do.

“There’s no doubt we have made progress. We just didn’t get enough games this year. It’s about games.

“I wouldn’t read too much into that result from a Dublin perspective. They probably have players coming back to full fitness, and they’re still going to be a pretty good handful for everybody, I would say.”

Limerick produced a comeback for the ages as a brilliant Kyle Hayes goal and another from Seamus Flanagan in the second half saw them somehow come from 10 points down at the break to win their third consecutive Munster SHC title by 2-29 to 3-21 at Pairc Ui Chaoimh on Sunday.

Tipperary looked untouchable as goals from Jake Morris and John O’Dwyer shot them into a 2-16 to 0-12 halftime lead, but there was no touching Limerick as they turned on the style of champions with the power and passion to match in an enthralling second period.

“The third-quarter performance was our strongest performance in five years. it needed to be. Had to be. It was up there with our best 16 or 17 minutes of hurling. They had to stand up. We were extremely disappointed with our first-half performance, really disappointed,” said Limerick boss John Kiely afterward.

“Look, it was an incredible game. We didn’t turn up in the first half to a certain extent. Tipperary blew us off the field.

“In the second half we came out and engaged way more physically in the game, we carried the ball a bit more forward and our confidence grew after the first couple of scores.”

With fans back in the stadium again, Kiely said his team were energized by the atmosphere on an epic Munster final day.

He continued, “You only had 6,000 odd here, it felt like you had five times that, it was just an incredible occasion.”

Limerick outscored Tipperary by 1-10 to 0-1 in the third quarter, the winning of the game for them as far as defeated boss Liam Sheedy was concerned. He admitted, “We lost the initiative. All the momentum shifted in that quarter. We just couldn’t get it back. We only got one point from play. We put such an effort into that first half."

Dublin lost four players to a Covid-19 incident in their camp just ahead of their 1-25 to 0-19 defeat to Kilkenny in Saturday’s Leinster SHC final, but manager Mattie Kenny refused to use that as an excuse.

Starters Cian O’Callaghan and Ronan Hayes and substitutes Fergal Whitely and Oisin O’Rourke were all ruled out. “They were deemed close contacts, we got notified by the HSE that our players were close contacts and we lost four guys,” Kenny revealed to RTE.

“Look it, that’s what our squad is for. We had to re-jig things a little bit but that’s part and parcel of modern-day Ireland, isn’t it? We talked to the players this morning and we asked the guys to pull behind us and concentrate on the game.

“Our guys did themselves proud, they did Dublin proud. We’ll regroup.”
Cats boss Brian Cody was sympathetic afterward and realistic about the Covid threat hanging over every camp.

“Everybody is going to have to be really, really careful,” said the Kilkenny boss.

“Dublin were disadvantaged, there is no doubt about that, losing players. The reality is it’s there for absolutely everybody and we’re just going to have to be absolutely, totally vigilant.

“You can be very unlucky and get the virus but it’s the close contact situation that really can cripple a team.”

Monaghan management, players and fans alike dedicated their 4-17 to 2-21 Ulster SFC semifinal win over Armagh on Saturday to their under-20 captain Brendan Og Duffy, killed tragically in a traffic accident on Friday as he made his way home having led his own team to an Ulster semifinal win over Donegal.

“Ogie Duffy was my captain on the minor team and only managers and captains can understand the relationship that is there,” said Monaghan manager Seamus McEnaney afterward. “We were devastated last night when we got the news.

“We had a tough week, we lost our sponsor Phil Traynor as well, one of my personal best friends, it’s been a tough week. If both men were here I’d be absolutely delighted.

The Ulster final against Tyrone will now be played at Croke Park on Saturday, July 31 when the loss of young Duffy will impact that game as well.”

Davy Fitzgerald let fly at the bitterness directed towards him and his family by some in Clare after the Banner ended his Wexford team’s interest in the championship with a 2-25 to 2-22 All-Ireland qualifier win in Thurles on Saturday.

The former Clare keeper was angry with the abuse he has received all year from some quarters and blasted, “If Clare are to go forward, that stuff has to stop. I suppose one part of it is online abuse. Okay, a certain amount is aimed at us and our family. That’s grand but in general the boys and girls getting trolled and getting online abuse. It’s not good enough.

“And I would challenge the government to stand up and make these faceless people accountable. I’ve experienced the toughest year that I’ve ever experienced in GAA. The way myself and my family have been treated is an absolute and utter disgrace. The way I felt all week, I didn’t even know if I wanted to come into this game to tell you the truth.

“In Clare, the biggest problem we have is a small bunch of people that create problems. They think they’re helping and they’re not and I’m going to put it to you like this - very, very, very simply -- I’m a simple person that loves GAA.”
Clare will now play Cork in the next round of the qualifiers in Limerick this Saturday.

In another qualifier, Waterford were given a bit of a fright by Laois before securing a 3-23 to 2-21 win at Nowlan Park in Kilkenny on Sunday. The Deise will now play Galway in Semple Stadium this Saturday after late goals from Patrick Curran and Stephen Bennett secured the win after trailing by a point with 10 minutes to go.

Victory was sweet second time around for Kildare boss Jack O’Connor as his team eased the pain of last year’s Leinster SFC semifinal collapse against Meath with a 2-14 to 0-18 win over Westmeath at the same stage of the 2021 competition in Croke Park on Sunday.

A brilliant second-half performance from the fit-again Daniel Flynn, including a goal, sent the Lilywhites on their way to a provincial decider against Dublin at the same venue, a year after they conceded five goals to Meath.

“It was an awful tough battle. Westmeath were as good as we thought they would be. We lost here last year and that was all that was in my head. We were determined to make up for that one,” O’Connor told RTE Sport.

*This report first appeared in the July 21 edition of the weekly Irish Voice newspaper, sister publication to IrishCentral.