United States President Donald Trump wishes to carry out a shoot-to-kill policy on the US/Mexico border if any of the migrants throw stones at US troops. 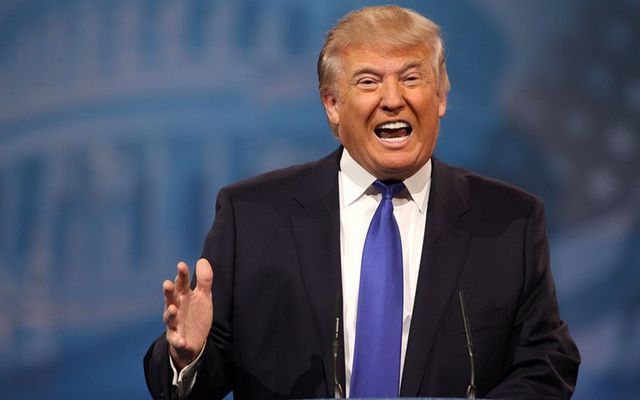 President Donald Trump already has troops stationed at the border to defend American against a caravan of Central American refugees. Flickr / Gage Skidmore

United States President Donald Trump wishes to carry out a shoot-to-kill policy on the US/Mexico border if any of the migrants throw stones at US troops.

And this guy, President Donald Trump, has the nuclear football?

We know all about shoot-to-kill in Ireland. Fourteen unarmed protestors were killed by the British Army on Bloody Sunday, in 1972. The British never recovered their international reputation and ended up losing a case at the European Court of Human Rights - a forever stain on their army.

Imagine what killing unarmed Campesinos, men, women, and children will do for the American image already in tatters worldwide?

More worrying is what would Trump do if there was a real war? If he is prepared to kill unarmed refugees what measures would he use on a real battlefield? Nuclear weapons anyone?

Our military is being mobilized at the Southern Border. Many more troops coming. We will NOT let these Caravans, which are also made up of some very bad thugs and gang members, into the U.S. Our Border is sacred, must come in legally. TURN AROUND!

He clearly likes to play soldiers like many draft dodger presidents. This has always been a massive weakness when macho swagger replaces quiet diplomacy - see George Bush and the Iraq invasion.

If Trump considers the rag, tag, and bobtail column currently wending across Mexico seeking sanctuary as an invading force what would he do if North Korea made a fool of him as they appear to be doing?

The Caravans are made up of some very tough fighters and people. Fought back hard and viciously against Mexico at Northern Border before breaking through. Mexican soldiers hurt, were unable, or unwilling to stop Caravan. Should stop them before they reach our Border, but won’t!

How long before the nuclear football is kicked into action? Maybe a dry run on the women and children in the caravan? He could never stop winning. A nice big fat nuclear cloud over Tijuana could be described by one of his favorite words - “beautiful”.

There is no armor against incompetence allied with arrogance.

The use of the Roosevelt Room in the White House to attack the immigrant convoy for political gain was the worst abuse of American presidential power since Ronald Reagan decided to attack Grenada which has a population half the size of Yonkers, New York.

Trump has the definition of deviant leadership down.

The World is using our laws to our detriment. They laugh at the Stupidity they see!

He is a tin-pot general wasting the reputation, training time, and expertise of the greatest army on earth on a yet-to-arrive desperate band of refugees which will likely measure in the low hundreds by the time it reaches the border.

If you want to talk invasion Mr. President, consider the Russian infiltration of our sacred electoral system. An international crime that your National Security advisor laughed off during a meeting with Russian President Vladimir Putin.

And if you want to talk American power consider what one diplomat, Senator George Mitchell did - not armed with guns but with the tools of international diplomacy. He and the US played a huge role in bringing peace to Ireland.

It was achieved using America’s soft power and international leadership, a concept no longer valid under your watch as you carouse with enemies and bash our allies. It feels like an enemy within, an Un-American American president as military expert Colonel Ralph Peters called him on CNN. It was an apt description.

"I want to take the President...seriously but he manages to be at once an embarrassing fool and an insidious menace. He is the anthesis of the America I and my military comrades meant to defend." pic.twitter.com/7m3CQeYsPd

Read more: Trumpism - Just where will the path lead us? Festival of Politics 2018

Should the United States be preparing to help these Central American refugees or defending their borders? Share your views in our comments section.