The Irish government has announced new limits on hospitality, while one infectious disease specialist said a normal Christmas won’t be possible. 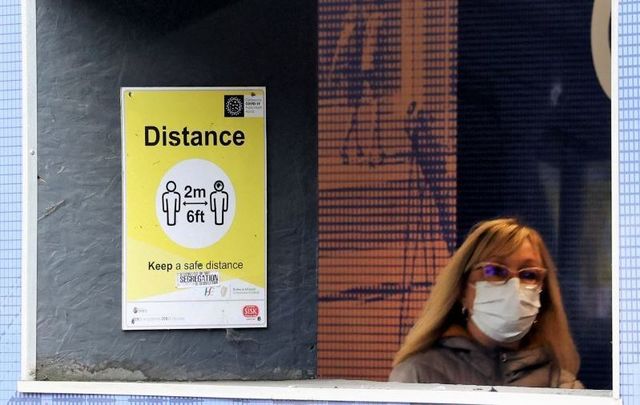 Though Ireland is one of the world’s most vaccinated nations against Covid, cases are once again on the rise.

Journey back a couple of months or so to Ireland where the percentage of people being vaccinated had reached the mid-90s and Covid was surely on the run.

It was a celebratory moment. You could see it with the pep in the step of the tourism industry where flights from all over were reinstated, to businesses like bars and restaurants doing a roaring trade, and the confidence by the experts both in government and health that Covid was quickly retreating into the rear view mirror.

It certainly looked like Ireland had crossed the Rubicon and there was no going back to the bad old days.

Alas, that looks like a premature verdict as The Irish Times noted on Monday.

“More than 8,400 cases of the disease were reported in the state over the weekend and the number of people being treated in hospital stood at 582 on Sunday, an increase of 26 on the previous day. A total of 106 people were being treated for Covid-19 in intensive care units across the state on Sunday,” said a report.

Those latter numbers might not look like a lot, but 700 hospital beds in Ireland between intensive care and regular beds is a huge slice of available space in Irish hospitals.

It means emergency rooms overflowing, other non-Covid operations postponed, and a gathering skepticism about whether anyone knows anything about the graph of the dreaded virus.

Health Service Executive chief executive Paul Reid was downright critical of the decision to allow the population to act as normal. 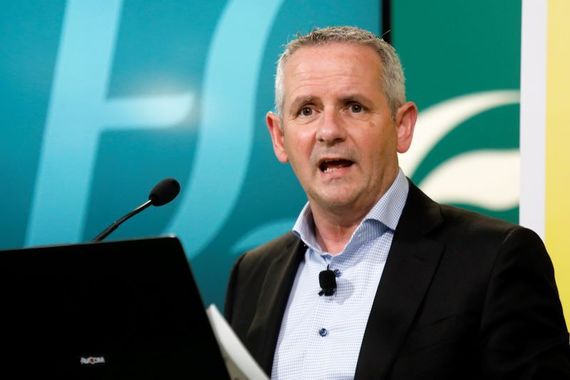 “We need to retract from the level of activity that we are carrying out, it’s putting a level of strain on the healthcare system that we cannot cope with if it continues at the levels that it’s at,” he told RTE.

Taoiseach Michael Martin said the government is “extremely concerned, very concerned, about the high rise in numbers and indeed the impact that is having on hospitalization, admissions to intensive care units and illness, but vaccination is protecting.”

Let’s be clear -- Ireland is not alone here. There is a gathering storm over Europe as well along with indications that America is starting to regress.

If you look at the Covid death total in The New York Times, currently in the 1,400 daily range here, that actually means another 500,000 or so Americans will die in the next year if the wave is not halted.

The confusion starts at the top. There is no shortage of messaging in Ireland or Europe or the United States, but it is often contradictory and hard to judge which experts we should be looking to.

Somewhere between the two extremes of “no masks” and “don’t even leave the house” lies the truth. 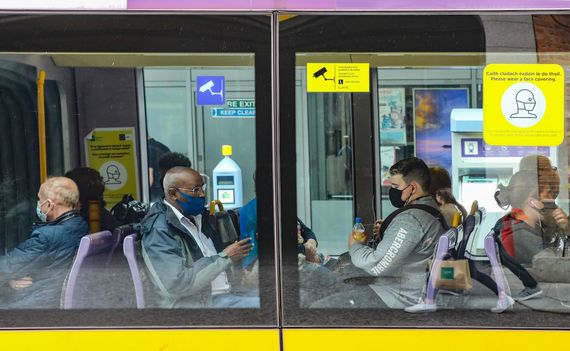 Passengers on Dublin's Luas, masked up.

We do have certainty on some issues. What is clearly happening is that the vaccine impact wanes after about six months, something that had been disputed.

In Ireland, 43 percent of those in the ICU in recent weeks were fully vaccinated which is a confusing statistic. But the average age of those dying is said to be 81 years old and the issue of overweight people being more susceptible hardly seems to be addressed anymore.

Ireland is about to suspend the move back to the office officials had decided to restore, but there is no talk of lockdowns.

Instead, we will all, no matter where we live, be looking to a killer disease circulating for a very long time until perhaps the new Pfizer and Merck oral tablet drugs, which will be available next year, act like the magic bullet we all desperately crave.

Either way, the confusion will continue for quite some time yet. We can only hope that 2022 will bring brighter days.