1945 - In a radio broadcast, Churchill accuses de Valera's government of frolicking with the Germans and Japanese 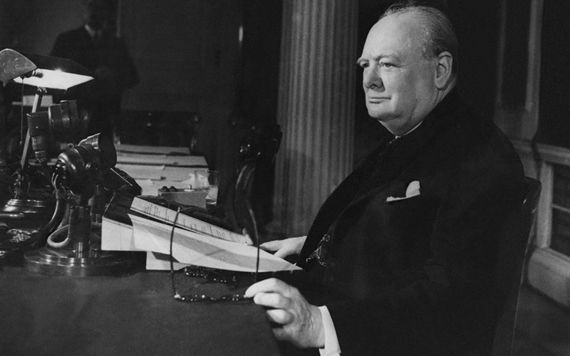 Niall O'Dowd shares his review of the book 'Britain, Ireland and the Second World War'.

It took me a while to get around to a remarkable book ‘Britain, Ireland and the Second World War’ written by the Scottish historian Ian S. Wood and published by Edinburgh University Press.

The book is extraordinary in its detail of how the poisoned relationship between the two countries almost led to a second British invasion during the Second World War.

He wrote to Churchill in 1940 to request that Scottish Highland troops be used to install a new government in Dublin that would allow access to Irish ports for British ships.

Craigavon, a rock ribbed unionist, believed that Eamon De Valera, the Irish prime minister, had fallen under Nazi sway and a new invasion was needed.

The British government indeed drew up such plans.

Field Marshal Montgomery noted in his memoirs: “I was told to prepare plans for the seizure of Cork and Queenstown in southern Ireland so the harbours could be used as naval bases.”

The book draws on previously classified files, obtained at the UK National Archives in London and the Public Record Office of Northern Ireland in Belfast.

Wood says a new British invasion would have backfired and resulted in a bitter war.

Dr. Eamon Phoenix, a political historian at Queen’s University, Belfast, also stated that it would have backfired.

Of course, it has already been revealed that wily old Churchill offered De Valera a United Ireland if Ireland entered the war.

De Valera refused believing it would have created another civil war.

Who knows what might have happened in either scenario?

It certainly makes for fascinating reading.