What is Obamagate? Apparently Trump himself does not know as in several interviews and tweets he was unable to explain it. 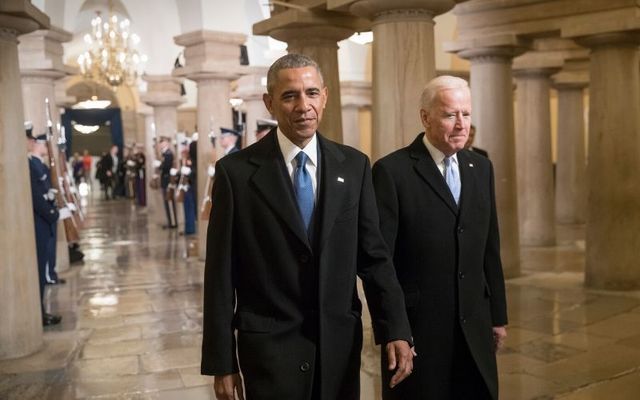 Watching Joe Biden on MSNBC last night it is clear what the parameters of the upcoming election will be.

Biden will claim that transparency and truth, especially in the case of COVID-19, needs to be the hallmark of his administration.

On COVID, he promised to appoint a panel of the best scientists to follow a disciplined course of action.

He told host Lawrence O’Donnell empathy needs to be restored to the White House and he was planning a huge public works program as well as extending medical insurance to 26 million more Americans.

Throughout the interview, it was Biden the happy warrior, clearly keen to go head to head with a man he described as an “unusual” president. That’s a very mild description to say the least.

On Fox News, it was split-screen time with the latest diversionary tactic known as “Obamagate” taking the full frontal. Biden was nowhere to be found.

What is Obamagate? Apparently Trump himself does not know as in several interviews and tweets he was unable to explain it.

Read more: Joe Biden is an innocent man accused of a sexual assault over a quarter of a century ago

In one sentence here is what it is. Obama was behind the fake story that Russia was working hand in glove with Trump to win the 2016 election.

This is the crime Trump has called one of the greatest ever committed.

It is also bullbleep. The investigation into Russia and Michael Flynn happened after Obama had left office.

It is the 2020 version of Burisma, the attempt to bring down Joe Biden because of his son’s involvement with a Ukrainian energy company.

That smear rebounded very badly for Trump who got impeached as a result.

Never mind. The search for another unfathomable scandal to divert attention from the disastrous handling of COVID-19 and the economic collapse has now ended and they have settled on Obamagate, a plot injected by right-wing fever dreamers who see no conspiracy theory as too outlandish.

It's an attempt to change the subject of course. The latest Reuters poll has Biden up by eight, the CNN poll has him up by five. The hour is getting late with just 170 days to the election.

Obama is the most popular political figure in America and dragging him down is being done in the hopes of Biden being consigned to a mud bath with him.

But this won’t fly. Biden brushed off Burisma, he's a far more likable politician than Hillary Clinton who gathered conspiracy theories like gaggles of geese around her.

The virtual race is helping Biden, he is well-rested and has no punishing travel schedule. The Trump camp knows that night is drawing in and that they need to land a haymaker.

In this case, I’d say to Trump knock yourself out!