Tara Reade has accused Biden of sexually assaulting her in 1993. 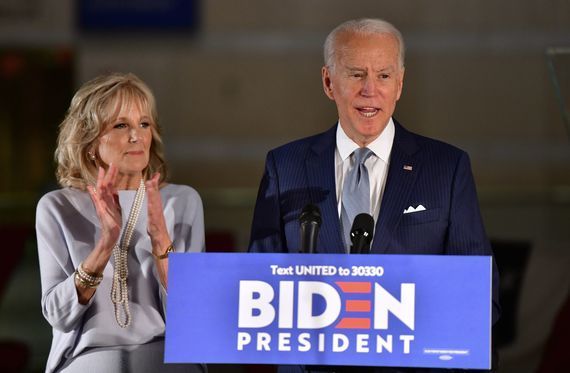 It is a Kafka nightmare, an allegation impossible to disprove despite the fact that senior staff of Biden at the time, to a person, deny Tara Reade ever approached them about the allegation.

Editor's note: Presumptive Democratic Nominee Joe Biden is being accused of sexual assault by his former aide Tara Reade. Reade alleges that the sexual assault took place  27 years ago when she was a junior staff member in Biden's Senate office. Biden has denied the allegation.

The woman who has accused him has changed her name several times, admits to sexual fantasies about Vladimir Putin and has, at last, landed a slot on Sean Hannity, thus making her intentions clear.

Meanwhile, useful idiots like Chris Hayes on MSNBC repeat the Republican laughing points that there is something rotten in Biden.

Ask yourself does Joe Biden look like the kind of politician who would risk his career for a furtive grope in a semi-public arena?

Remember, at the time he was a rising star with a deeply charged personal story of loss and recovery.

The vexed question remains; do we automatically accept every and any accusation made against a man by a woman in the heat of a political campaign?

The answer is of course no. It depends on the caliber and evidence provided by the accuser.

In that context, Reade fails the common sense test dramatically.

As a long time employer who has had some cases of allegations against staff members over 35 years, I know what a minefield it is. In almost all cases I believed the complainant right away. In fact, I believed all but one case.

Everybody in business is familiar with the wrong hire, someone male or female who will never work out.

In that one case, I didn’t believe the woman, but she came back with an allegation of mistreatment by other staff because she was overweight.

This stuff can get pretty complicated pretty quickly.

Which brings me back to Biden, who is an old fashioned Irish politician who grabs and hugs as good as anyone since John Michael Curley, famous for glad-handing as Mayor of Boston.

Does that make Biden a predator? Of course not.

Bernie Sanders wrote up rape fantasies as a young man does that make him a rapist? Of course not.

We need to use common sense rules here, not one size fits all allegations.

Joe Biden has spent a lifetime in DC and has never had a reputation as a harasser.

The case against him is simply not believable

That tells you all you need to know.

Read more: Why Biden will win - it's the coronavirus, stupid!