In a leaked phonecall, Obama said that Trump's handling of the pandemic was selfish and partly to blame for the huge number of cases in the US. 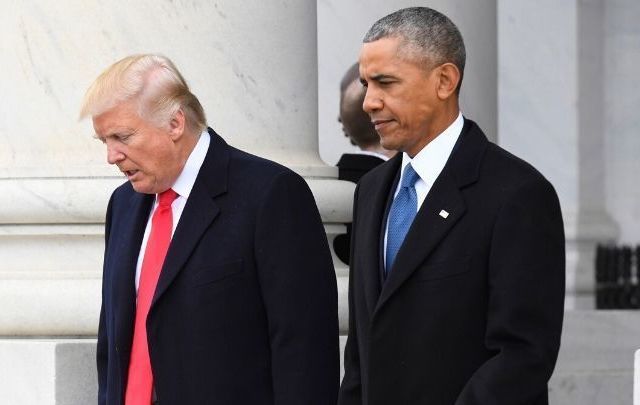 Former President Barack Obama labeled Donald Trump's handling of the COVID-19 pandemic a "chaotic disaster" on a phone call with former members of his administration.

Obama was speaking to his former staffers on a private conference call on Friday evening, which was subsequently leaked to Yahoo News.

The former President said that Trump's handling of the pandemic was selfish and partly to blame for the huge number of cases in the US.

"It would have been bad even with the best of government," he said on the phone call. "It has been an absolute chaotic disaster when that mindset of 'what's in it for me' and 'to heck with everybody else' - when that mindset is operationalized in our government."

Obama's comments surfaced as the US COVID-19 death toll surpassed 80,000, which equals almost a third of all COVID-19 deaths on the planet. More than 1.3 million Americans have been infected with the virus.

He also urged his former staffers to rally behind his former Vice President Joe Biden in this year's presidential election.

"What we're fighting against is these long-term trends in which being selfish, being tribal, being divided, and seeing others as an enemy - that has become a stronger impulse in American life."

He said that this selfish attitude had contributed to the COVID-19 crisis in the United States.

"It’s part of the reason why the response to this global crisis has been so anemic and spotty," he said to his former staffers.

Donald Trump has since responded to Obama's comments and offered a stinging rebuke of his own. He labeled Obama's response to the 2009 Swine Flu pandemic "a disaster" and said that his predecessor "didn't have a clue."

Trump pointed to his administration's early decision to ban travel from China as a sign that he was doing the right things in the fight against COVID-19 in a tweet on Sunday morning and labeled Biden "Sleepy Joe" once again.

We are getting great marks for the handling of the CoronaVirus pandemic, especially the very early BAN of people from China, the infectious source, entering the USA. Compare that to the Obama/Sleepy Joe disaster known as H1N1 Swine Flu. Poor marks, bad polls - didn’t have a clue!

Some of Donald Trump's decisions and statements during the COVID-19 pandemic have raised eyebrows, however, including his claim that the virus would simply "disappear" and his suggestion that injecting disinfectant into the body could help fight COVID-19.

Obama said that the decision risked the "rule of law" in the United States.

The Justice Department made the unprecedented decision to drop charges against Flynn even though he pleaded guilty to lying to the FBI in an interview over his Russia contacts.

The Justice Department, headed by Trump ally and Attorney General Bill Barr, dismissed the guilty plea because the lies were insignificant. The decision represented a major political victory for Trump who continues to claim that the Russia investigation was a 'witch hunt.'

Obama told his former staffers that the decision worried him.

"And the fact that there is no precedent that anybody can find for someone who has been charged with perjury just getting off scot-free.

"That’s the kind of stuff where you begin to get worried that basic — not just institutional norms — but our basic understanding of rule of law is at risk."