"The readout on the Biden administration is that they do the right thing eventually but take their own good time to shift the levers of power." 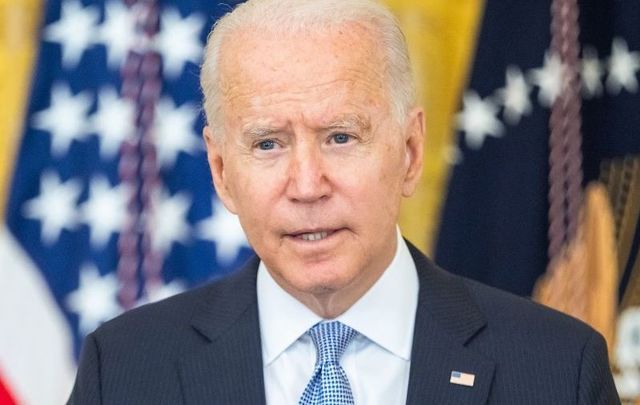 July 29, 2021: President Joe Biden delivers remarks on COVID-19 and the economy in the East Room of the White House. Adam Schultz / The White House, Flickr

The news that vaccinated passengers from Ireland will be able to fly to the U.S. from November on is very welcome after more than 18 months of coronavirus travel restrictions.

With the exception of the volcanic eruptions a few years back, there has never been a time when America was inaccessible to Irish visitors.

Quite frankly, one wonders why it took so long for the Biden administration to make this happen, given the availability of vaccines in Ireland and other EU countries and a clear desire on the part of authorities there to make every effort imaginable to make the vaccine available.

The same is true of many non-European countries where vaccination levels are far higher than in the U.S.

One has to say that the Biden administration has been very slow on this issue.

The fact is that Ireland and most of Europe has been open to American tourists for some months now on production of a vaccine card and a negative Covid-19 test before flying.

Ireland is now over 90 percent fully vaccinated, oceans ahead of the U.S. where the number is in the mid-fifties.

The delay in lifting the European travel ban is a symptom of something deeper. There appears to be a bureaucratic logjam at certain levels of the Biden White House. They are only now getting around to ambassadorial appointments, making the Biden administration slower than even Donald Trump’s was.

Biden has been in power nine months and the U.K. ambassador just got named. There is no one yet at the Vatican and the Irish position has just recently been filled.

The readout on the Biden administration is that they do the right thing eventually but take their own good time to shift the levers of power.

Their messaging can also be poor. Even in Afghanistan, they could have been a lot more forceful pointing out that such a massive evacuation was going to trigger fatal consequences no matter how well the military did its job or who was in the White House.

More importantly was the fact that Biden had acted on his own campaign promise and withdrawn the troops from an impossible and never-ending conflict, an act of bravery that both Barack Obama and Trump failed to achieve. The extraordinary success was buried in the sea of recriminations.

Even looking at the Biden political agenda, the tendency to try and do too much at present is obvious. The original agreed infrastructure deal of $1 trillion was a singular achievement in itself. The massive bill they are currently pushing seems like a bridge too far.

I mean, trying to throw in immigration at the last minute is a very high-risk strategy. The Senate parliamentarian might well have done the administration a service by not allowing it into the reconciliation.

All of Biden’s agenda rests on a very thin reed, a very slight numerical advantage in both houses. Realistically, the entire program could come crashing down if even one senator becomes incapacitated or dies.

That is why speed is of the essence. They have finally got the travel ban sorted; now the heavy lifting for the $3.5 trillion package must begin. But Biden needs to move faster as a day is now a very long time in American politics.