If President Joe Biden succeeds in passing the Infrastructure Bill, it will transform the notion of politics as a poison pit. 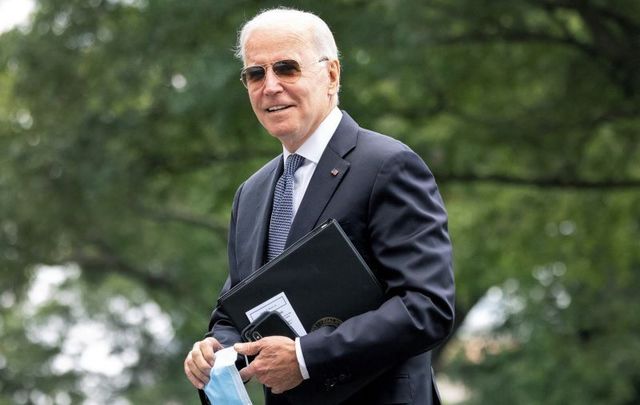 The sun rose over Washington as usual this week despite the extraordinary sight of Democrats and Republicans agreeing on a $1 trillion infrastructure deal.

Most pundits predicted it would never happen, that warring tribes in the Senate especially would never see eye to eye.

Yet it proved possible to sit down and create the working outline of the bill which will transform American infrastructure like Roosevelt did back in the 1930s and Eisenhower in the ‘50s with the creation of the American highway system.

Of course, there is much of a slip between the cup and the lip, and the legislation could still founder in the white-hot heat of media scrutiny or the occurrence of some new issue that cannot be resolved.

But building infrastructure means jobs, and jobs means votes, and even Mitch McConnell, the grim reaper of past bipartisan efforts, clambered on board.

He knows that he cannot, like King Canute, forever hold back the tide. He knows his GOP needs to be seen as doing the nation’s business in the aftermath of the terrible Trump era.

The new bill also presents an opportunity for the GOP to move beyond the obsession with the 2020 election and fixate on an issue that provides work and security for millions of Americans.

Anyone driving across America will see with their own eyes the massive need for focusing on highways, airports, bridges, and roads. Quite simply, America has fallen grossly behind in the infrastructure era, and initiatives like high-speed trains, replacement of old railway tunnels (the main artery underground between New York and  New Jersey features 140-year-old equipment) must be accomplished. We must also make the power grid secure and create an entirely new cyber wall to protect vital American assets.

The lion’s share of the praise for the progress, however, must go to President Biden. He has defied the critics who said bipartisanship was impossible and led the way in negotiations with the other side.

In the process, he has shown that those 40 years plus of horse-trading and doing deals in the Senate has served him well. He has also proven that only government is big enough to meet the challenge of dilapidated infrastructure, and that big government doesn't necessarily mean bad government.

Indeed, Biden is challenging the very underlying concept that has dominated American economic policy since President Reagan proclaimed back in the early 1980s that the government was the enemy.

That became the mantra for the right-wing for a generation, but as the pandemic proved, there are times when an activist government is the only solution with the resources and manpower to make the investments needed.

If Biden succeeds in passing the infrastructure bill it will transform the notion of politics as a poison pit. That is no small thing as we navigate the stormy seas of post-Covid America.

Senator Robert Portman among others on the Republican side have worked hand in glove with Democrats to deliver a very different message than the one that spread like toxic fumes after the election.

Passage of the bill will also send a strong message to the hardliners who prefer the Trump mantra that there is no good to come from bipartisan approaches.

If Biden pulls it off, it will greatly embolden him to continue in his insistence that bipartisan approval can be negotiated. That in itself is a massive win for America.

*This editorial first appeared in the August 4 edition of the weekly Irish Voice newspaper, sister publication to IrishCentral.