Bernie Sanders is no friend of Hispanic or Irish immigrants

Bernie Sanders has positioned himself as the champion of Hispanics and immigrants despite a dreadful immigration record. 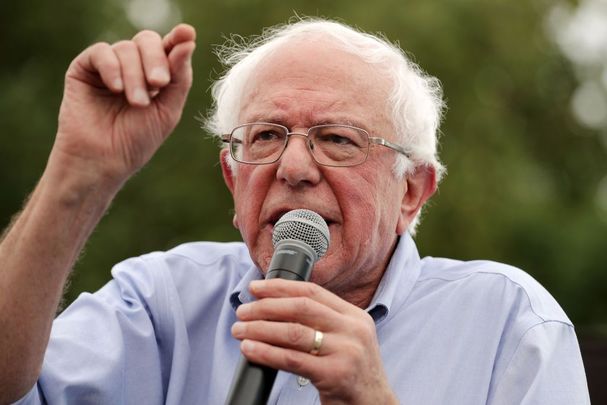 Bernie Sanders has positioned himself as the champion of Hispanics and immigrants everywhere despite a dreadful immigration record that has somehow escaped major scrutiny.

Bernie  Sanders is riding high on the Hispanic young vote but I wonder how many know his true record on an issue of vital importance to them.

As regards the Irish undocumented, Sanders voted against the Kennedy/McCain bill which would have enacted comprehensive immigration reform in 2007 and doomed it to defeat. Thousands of young Irish would have been made legal at the time. Who was the other Democratic senator who doomed that bill? Barack Obama.

Bernie’s excuse was that Wall Street was just looking for cheap labor and that he was opposed to that.

Here’s what he said to Lou Dobbs of all people when asked would he support the Kennedy/McCain bill.

“It's hard to say at this point. It really is. I hope very much that in its present form it does not survive. I think it needs a lot more work on it, especially looking at the economic implications of these guest worker programs.”

Then in 2011, a letter was circulated by the Senate Democrats calling for the DREAMers to be legalized. Sanders refused to sign.

He also voted for a  hardline Republican bill calling for undocumented immigrants who were arrested to be detained indefinitely.

As Dolors Huerta legendary co-founder of the United Farmworkers noted in 2016:

“I like Bernie. He’s a nice guy. I have no doubt he means well. Latinos matter in this election, and he knows it. But my question for Bernie is, where the “Where the heck was he for the last 25 years? Where was he on immigration reform? On indefinite detentions? On vigilante justice against undocumented workers? He was nowhere. That’s where.”