Tanáiste Leo Varadkar labeled Sinn Féin a "sectarian" party because they have no Protestant TDs or Senators, only to be publicly embarrassed moments later by a Protestant Sinn Féin TD. 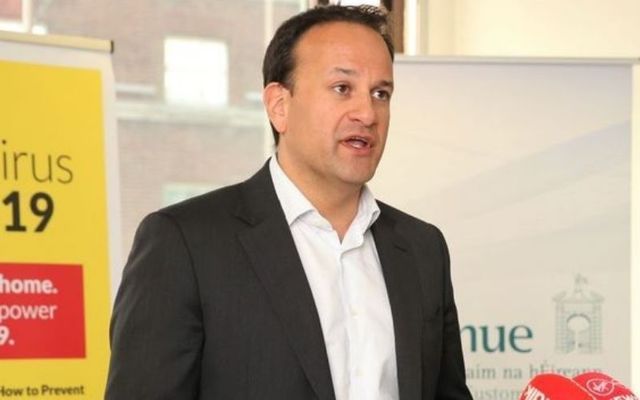 Tanáiste Leo Varadkar has made no secret of his disdain for Sinn Féin. RollingNews.ie

As Sinn Féin looked to the Ireland of the future by calling for a United Ireland in several major US publications, Tanáiste Leo Varadkar was once again remained rooted in the past with an embarrassing example of Trumpian politics that attacked Sinn Féin members' religious beliefs.

The Tanáiste scored a spectacular own goal during an interview with RTÉ on Wednesday when he claimed that Sinn Féin are the biggest threat to Irish unity because they have no Protestant TDs.

"They are sectarian. They are anti-British. They have no Protestant TDs, MLAs, or Senators," Varadkar said on RTÉ News at One on Wednesday.

He was publicly embarrassed moments later when Sinn Féin TD Violet-Anne Wynne informed him on Twitter that she was a protestant and a proud member of Sinn Féin.

"I am a Protestant and I am proud to be a representative for Sinn Féin. Changing facts is not the change that people voted for!!" Wynne said on Twitter.

@LeoVaradkar @RTENewsAtOne I am a protestant and I am proud to be a representative for Sinn Féin. Changing facts is not the change that people voted for!!

"I was not aware of that. I stand corrected," he said before later issuing a somewhat more substantial statement that at least included an apology.

Varadkar's comments were far more than simply incorrect, however; they were nothing more than a Trumpian attempt to spread misinformation and hate.

His comments would have remained inappropriate even if there were no Protestant TDs representing Sinn Féin.

As Sinn Féin President Mary Lou McDonald rightly pointed out, the religious belief of any Irish politician is none of Varadkar's or anyone else's business.

The religious beliefs or tradition of any TD (Sinn Féin or otherwise) is none of @LeoVaradkar business.

It is no secret that Sinn Féin represents a predominately nationalist voting base and since the majority of nationalists come from a Catholic background, it is not exactly surprising that most of the party's elected officials are not Protestant.

However, nationalism and catholicism are not mutually exclusive and people from a protestant background are not precluded from believing in nationalist causes. Protestants have fought for the nationalist cause throughout Irish history; Theobald Wolfe Tone led the 1798 Rebellion despite his protestant upbringing, while Northern Irish politician Ivan Cooper fought for civil rights on Bloody Sunday.

Varadkar's comments were offensive to any protestants who identify with the nationalist cause and are far more harmful and sectarian than anything he accused Sinn Féin of.

This is not the first time that Varadkar or Fine Gael have launched a bitter attack against Sinn Féin to score political points.

Varadkar has made no secret of his utter disdain for Sinn Féin, threatened, no doubt, by the party's left-wing policies that endanger the neoliberal Ireland that his party has helped build. As Sinn Féin's popularity grows in Ireland -  particularly among the country's youth - Varadkar has frequently resorted to divisive and personal attacks often seen during Donald Trump's presidency in the United States in an attempt to win over undecided voters.

Varadkar and Fine Gael denounced similar tactics in the US during Trump's four-year term and Fine Gael TD Simon Harris even called on Irish politicians to avoid demonizing each other during the fallout from last year's US presidential election. Yet Fine Gael and Varadkar persist with the same type of egregious personal attacks in Ireland.

However, divide and conquer has been a cornerstone of Fine Gael politics since the emergence of Sinn Féin as a significant threat to the duopoly of Fine Gael and Fianna Fáil.

Fine Gael politicians have circled the wagons and frequently resort to divisive and misleading attacks tailored toward conservative voting bases who fear a left-wing government led by Sinn Féin.

Fine Gael know that they will never win over Sinn Féin voters, so the best solution is to vilify the party from all angles and hope that the message resonates with undecided voters.

The result is that Irish politics, with Fine Gael in the driving seat, now closely resembles the divisive, deceitful, and tribal politics that has existed in the US since the emergence of Donald Trump.